Four out of five Chinese respondents are actively planning their next trip, highest in the world. 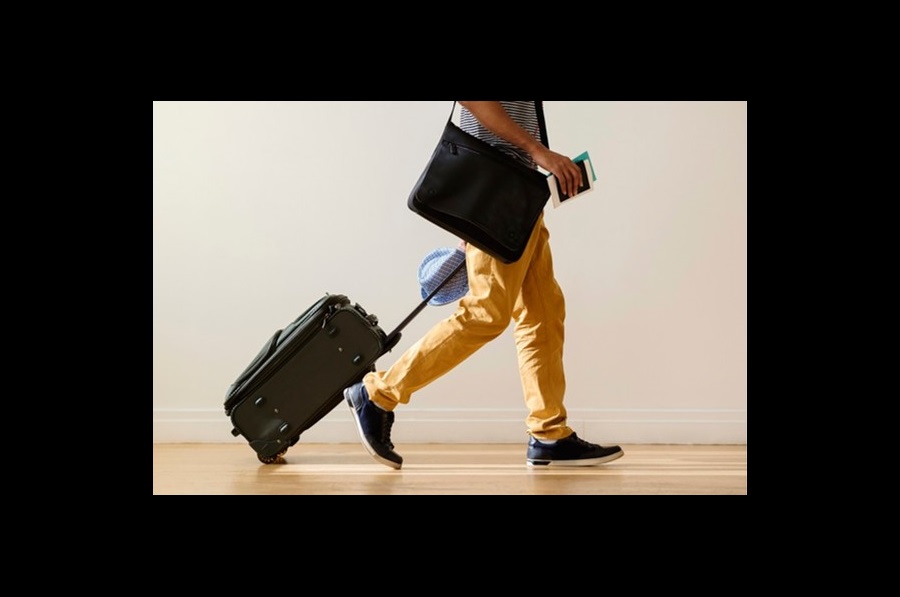 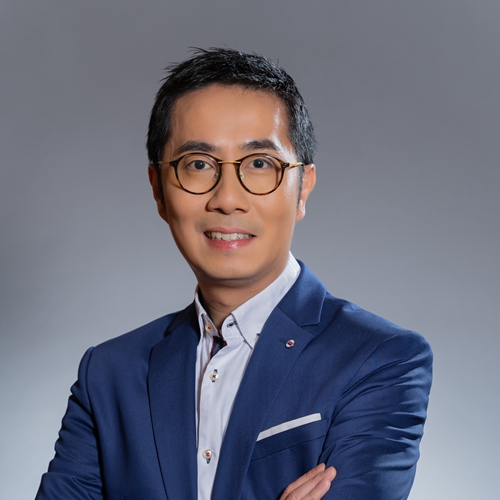 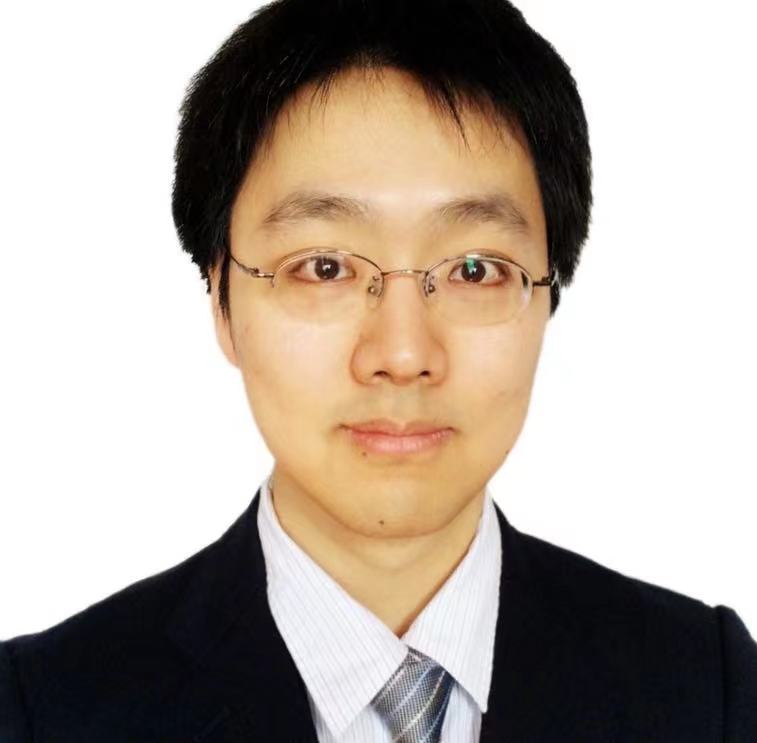 As some countries lifted restrictions and vaccinations are being rolled out in many markets, the global community of travellers is beginning to look ahead to their next trip in a new normal. Kantar has conducted an online survey among global audiences in eight countries, asking about their personal and business travel plans and their feelings toward travelling in today’s environment.

The research was conducted online among 7,796 people across US, UK, France, Germany, India, Singapore, China and Brazil. Respondents were sourced from the Kantar Profiles Network. All interviews were conducted as online self-completion and collected based on local census distributions in April 2021.

According to our research, 82% of Chinese respondents report to have made holiday/vacation plans to travel outside of the cities they’re living in in the next 12 months. The proportion is the highest among the eight markets covered in the study. Among those who do have plans, 39% are newly planned holidays or vacations. 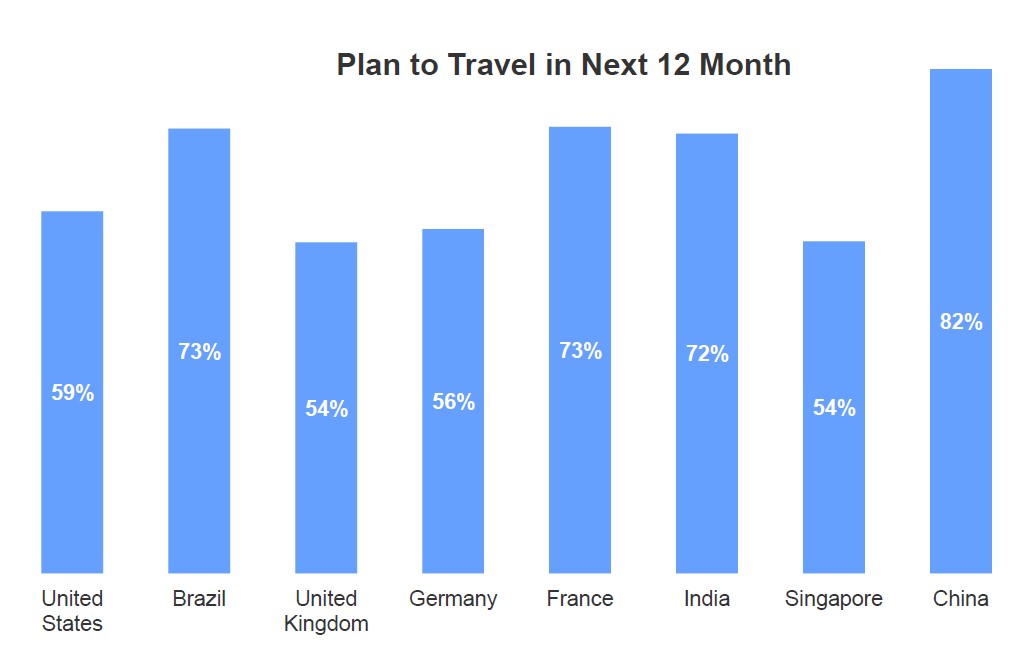 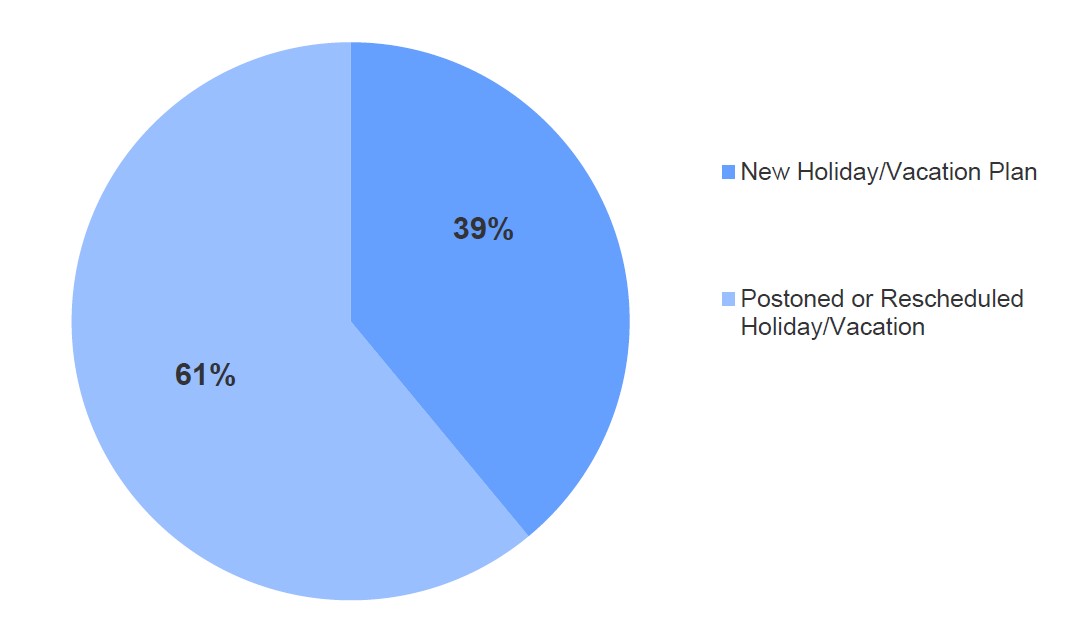 Of those Chinese with a holiday/vacation plan, 93% are going to do that domestically, also the highest among all surveyed markets. Only 7% of them plan to travel internationally, mostly to Asian and European destinations. 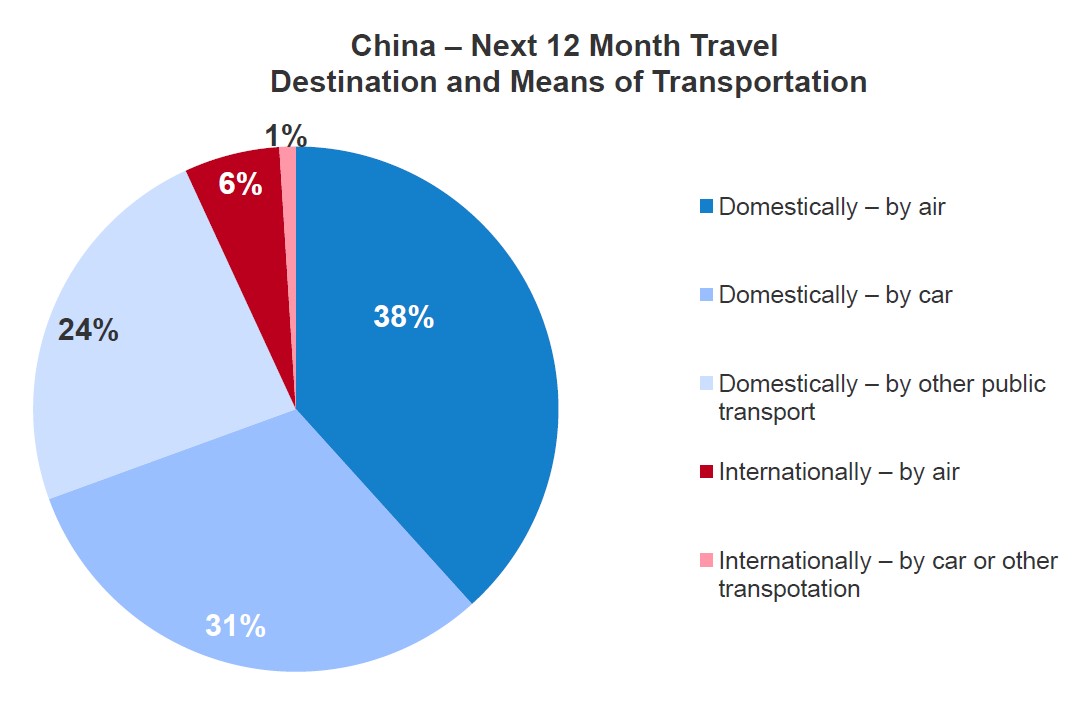 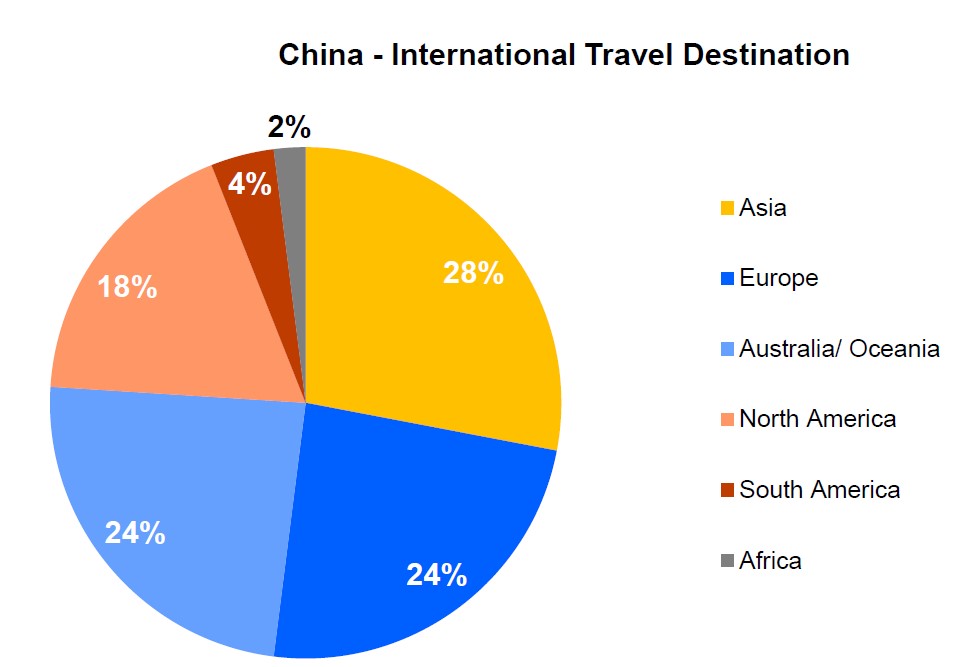 After the shockwave brought by pandemic, where are Chinese travellers going to stay? Hotels are the No.1 choice of accommodation for 71% Chinese respondents, highest among the world. 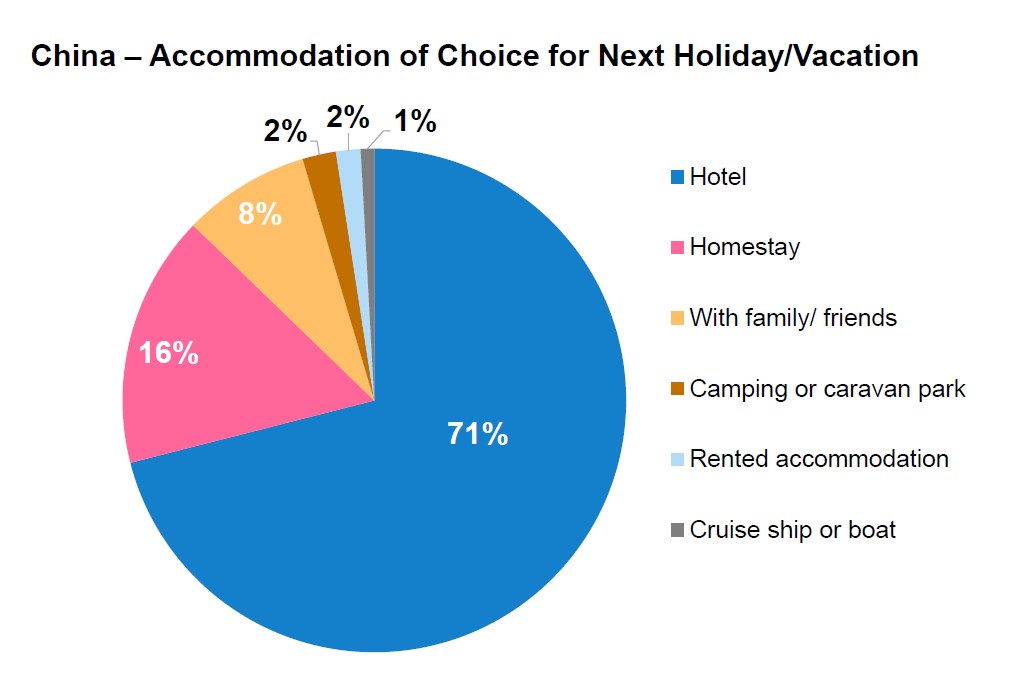 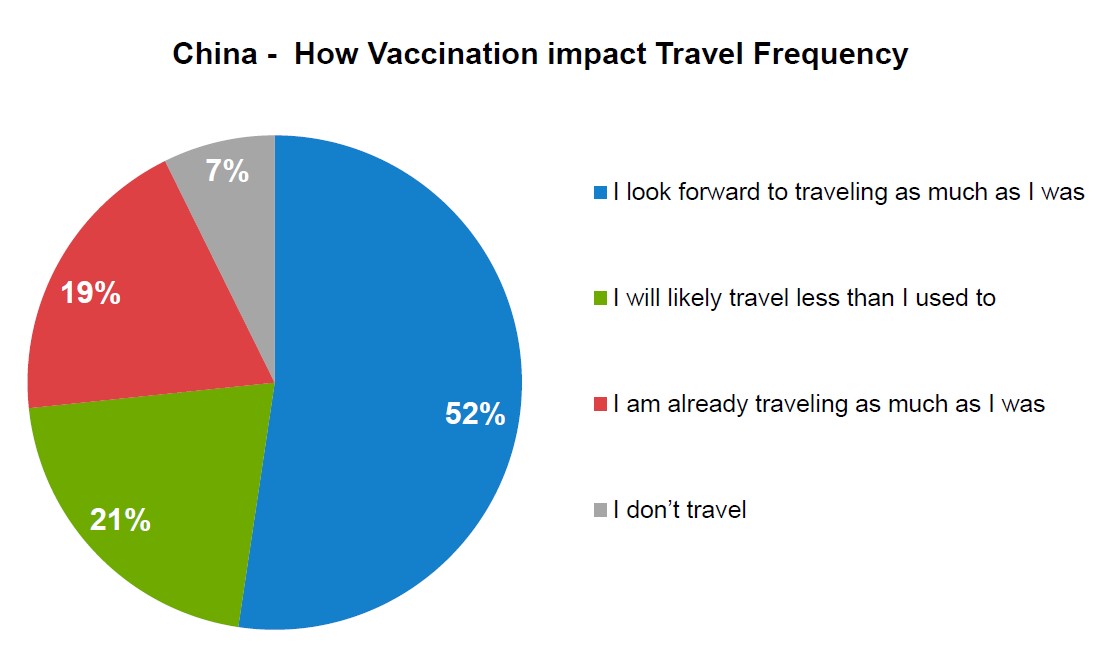 Before the COVID-19 pandemic, 53% Chinese respondents travelled for work. Among all Chinese, 28% travelled once or twice a year, and 4% travelled more than 10 times annually. 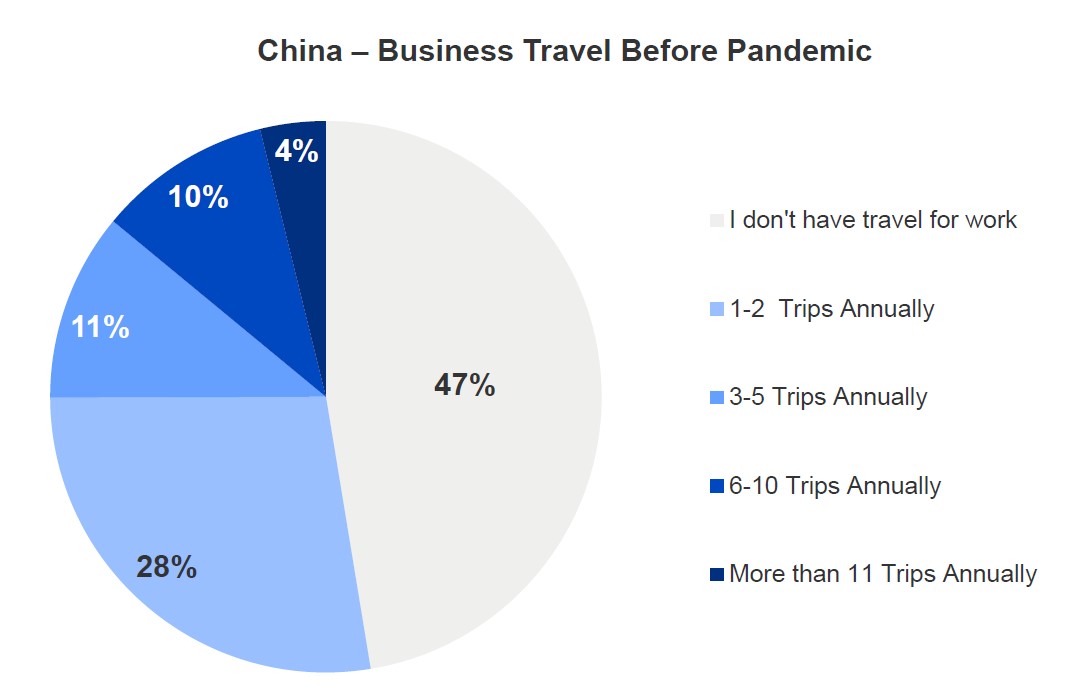 During our survey, 68% of those Chinese business travellers said they have travel plans over the next six months, also the highest among the world.

This research was conducted online among 7,796 people across eight global markets: United States, Brazil, United Kingdom, France, Germany, India, Singapore, and China's mainland.  Respondents were sourced from Kantar’s LifePoints Research Panel, only accessible through the Kantar Profiles Network. All interviews were conducted as online self-completion and collected based on local census distributions.

The Kantar Profiles Network, under Kantar Group, is the largest in the industry and built with highly validated, permission-based respondents. With simplified, dynamic access to 100 million people in 80+ countries,  Kantar Profiles Network deliver more than 80 million completed samples for different industries and research topic.