Super Bowl 52 advertising: By the numbers 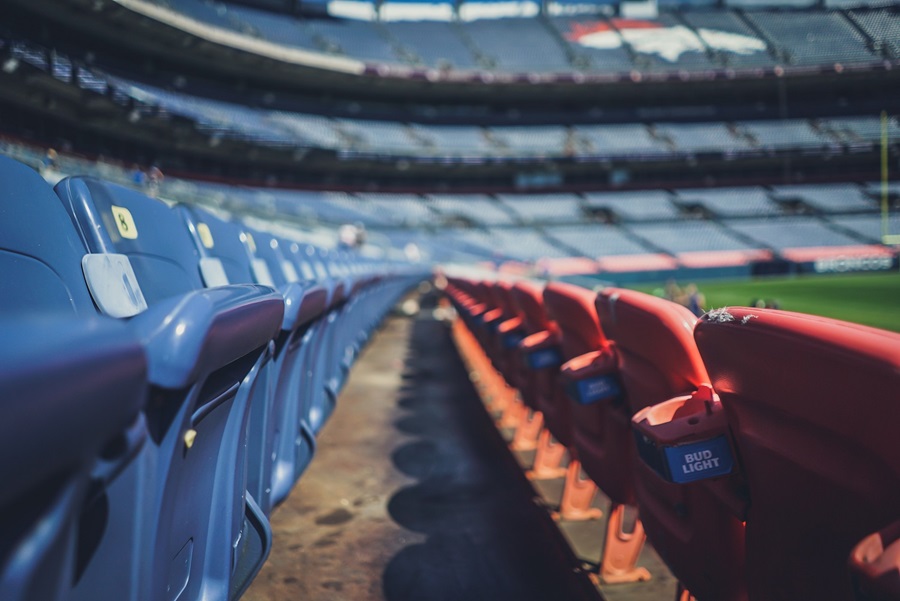 While the 2017-2018 season may have been a rocky one for the NFL, the league’s signature event still continues to shine: The average cost of a :30 ad in Super Bowl LII climbed to a record $5.235 million, with overall spend totaling $482 million, second only to the previous year’s game which went into overtime. Kantar Media’s analysis of its exclusive data shows that the Super Bowl remains the preeminent live television event. However, there have been some changes in advertiser strategies, including experimenting with shorter ad lengths and leveraging social media to get the most from their campaigns.

Price of advertising continues to climb

The average rate for a 30-second advertisement in the Super Bowl game increased by 96 percent during the past decade and reached $5.24 million in 2018. By comparison, during that same period average primetime ad rates fell by 12 percent, indicating the enduring appeal of the Super Bowl - it’s the most expensive commercial time on television by far. (The nearest contenders in 2018 were the NFC Championship Game at $3.15 million and the Academy Awards at $2.07 million).

Super Bowl ad rates typically far exceed those for ads in NFL regular season games, which have also experienced steep climbs. From 2008 to 2018, the 96 percent increase in Super Bowl pricing tracks with the 119 percent price hike for spots in the regular season. For most of this period the average price of a Super Bowl spot was reliably 9.0-9.5 times the cost of a regular season commercial. But last year the ratio dipped to 8.4, meaning Super Bowl prices increased at a slower rate than the NFL regular season. It remains to be seen whether the decline was a one-year blip or the onset of a recalibration in the Super Bowl’s value.

Higher ad prices haves led to more revenue and the Super Bowl generates some staggering figures. In 2018 marketers spent $408 million for in-game messages. When pre-and post-game programming is included the total investment rises to $482 million. The 2017 Super Bowl still holds the records for in-game ad spending ($419 million) and total ad spending ($534 million) due to an overtime period that led to additional commercial airings and revenue.

Ad revenue growth has also been aided by a relentless expansion of commercial inventory. The past ten Super Bowls have been the most ad-saturated in the 52-year history of the event. The 2018 game contained 51 minutes, 20 seconds of ad messages between the opening kickoff and final whistle, the third highest total ever. (This includes network promos for their own shows, which typically account for about 15 percent of total ad time and 25-30 percent of all spots in the game.)

The ad lengths seen during in-game ads are becoming increasingly varied. While 30-second ads remain the most common, some marketers do opt to spend more on longer commercials that tell a deeper story. This tactic reached a peak in 2014-2015 before ebbing a bit in recent years. Meanwhile, in 2017 and 2018 ads that are shorter than 15 seconds leapt to more than 10 percent of paid units, the first time this has happened in consecutive Super Bowls. While shorter attention spans have encouraged advertisers to experiment with new formats like 6-second ads, the increased use of shorter spots during the Super Bowl is likely a reaction to increasing ad time cost.

The largest advertising positions in the Super Bowl tend to be held by well-known marketers. In a typical year, the top five spenders account for about 30 percent of total ad revenue even as the makeup of the group changes.

Anheuser-Busch In Bev and Fiat Chrysler tied as the largest advertiser in 2018, each spending $42 million. It’s a familiar position for A-B InBev which has placed in the top two of the annual rankings for at least 37 consecutive years. Meanwhile, with total spend of $26 million Amazon cracked the top five for the first time; the ecommerce giant only started advertising during the Super Bowl in 2016.

The year-to-year turnover rate among Super Bowl advertisers has averaged 45 percent over the past decade. For example, there were 49 different marketers in the 2017 game and 22 of these did not show up in 2018. The churn creates opportunity and the replacement pipeline has historically delivered a steady flow of first-time participants who believe they can create and execute a successful strategy for their brands. However, the stream unexpectedly turned to a trickle in 2018 when only three rookie advertisers (Australia Tourism, Blacture and Monster) appeared.

In recent years the Super Bowl has been a regular destination for a number of different automotive, movie studio and food companies, making these the most competitive ad categories.

Auto manufacturers have had the largest footprint every year since 2011. Last year six auto makers ran ads and accounted for 23 percent of all expenditures.

Movie studios use the Super Bowl to promote upcoming theatrical releases that have strong box office potential, thus justifying the high price of commercial time. The volume of advertising in this category can swing sharply from year-to-year because of its dependency on studio’s release schedules. In 2018 four different film titles were promoted.

Food manufacturers had a regular and significant presence in the Super Bowl during the 1980s and 1990s before receding at the turn of the century when a focus on CPM efficiency took hold.  The category has rebounded in the current decade with representation from a diverse array of brands. In the 2018 game the category contributed $26 million and a 6 percent share of total ad investments.

How large is the Super Bowl versus other sports?

Despite the handicap of being a single-game event, the Super Bowl holds its own against the multi-game championship series of other professional sports leagues when it comes to TV ad expenditures. In most years, ad spending in the MLB World Series and the NBA Finals significantly lags the Super Bowl’s haul. Only a maximum, seven-game World Series has been able to keep pace with the football game in recent years.

The combined total ad revenue of these three championship events surpassed $1 billion in 2016 and 2017. While that’s an impressive amount it’s dwarfed by the nearly $2 billion of TV ad money generated by the 2016 Summer Olympics and comparable to the $961 million earned by the 2018 Winter Games.

Brands often seek to amplify their investment in high-profile events like the Super Bowl through earned media. One popular tactic Super Bowl advertisers use is distributing their commercials a few days early via social media, where consumers can comment and/or share the ad with others. Some brands lead with a teaser campaign that culminates in the reveal. Others start with the reveal and then immediately follow with a short-burst social marketing effort to drive views and build hype prior to the commercial’s airing in the Super Bowl.

Each of these variants was used during the 2018 Super Bowl. A proprietary joint analysis by Kantar Media using data from our partner Pathmatics identified brands using paid social ad campaigns on Facebook to help boost their in-game TV spots. Two brands in particular – Bud Light and Amazon Echo – illustrate how it’s done.

To promote the Super Bowl debut of a new TV commercial in its popular “Dilly Dilly” campaign, Bud Light teased the creative via paid Facebook advertising with a $321,000 investment in the 7 days leading up to the Super Bowl, primarily for video posts on the social platform.

The campaign commenced with a combination of photo and video teaser posts on Facebook on Monday through Wednesday of Super Bowl week. On Thursday the full creative was made available online and through Sunday, paid Facebook video ads linked back to the full TV Spot giving viewers an advanced look at what became one of the most buzzworthy campaigns of the Super Bowl in 2018.

The pre-release of the full TV commercial paid off, generating extensive online coverage and earned media value for Bud Light which may explain why the brand reduced its paid social spending in the last 3 days before the Super Bowl. The frequent repetition of the ad leading up to the game helped further promote the campaign Bud Light started in August 2017, encouraging consumers nationwide to replace “cheers” with “Dilly Dilly.”

To promote its Echo wireless speaker, Amazon revealed its “Alexa Loses Her Voice” commercial four days ahead of the Super Bowl on Wednesday, January 31. The full TV spot was made available online along with a paid social campaign to help build buzz.

Facebook video posts included an eye-catching visual of celebrity Rebel Wilson in a bubble bath, linked to the full commercial which featured personalities such as Cardi B, Gordon Ramsey and Sir Anthony Hopkins stepping in to replace Alexa after Jeff Bezos learns the virtual home assistant has lost her voice. Amazon spent an estimated $91,000 on these video ads and achieved roughly 13 million impressions.

The Super Bowl effort was incremental to another ongoing and higher-funded paid social campaign on Facebook which highlighted the Echo’s functionality and range of skills. Amazon’s two-pronged strategy was a contrast to the Bud Light social media playbook which was singularly focused on promoting the “Dilly Dilly” TV spot which aired during the big game. It’s clear that there are many ways brands are leveraging advertising’s biggest night of the year.