Dislodging the incumbent: Ninlaro poised for an upset win as post-transplant maintenance in multiple myeloma 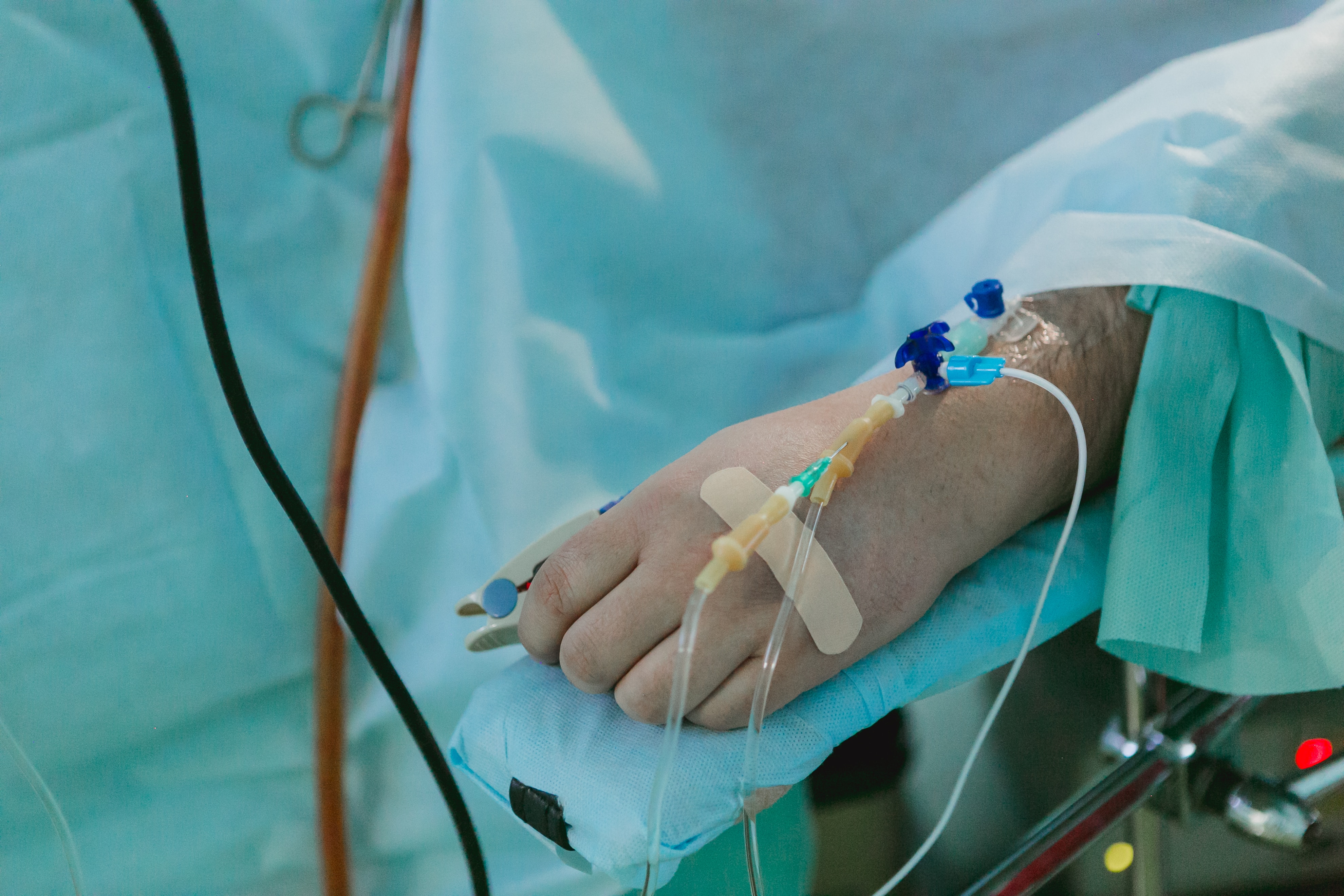 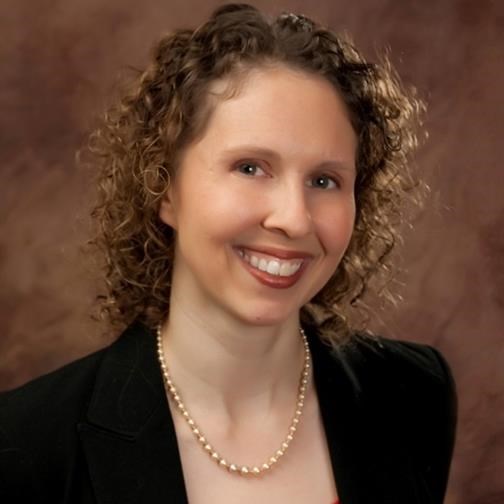 Now a new challenger is emerging in this setting, evidenced by the results of the Phase III TOURMALINE-MM3 study that was reported at the 2018 American Society of Hematology (ASH) Annual Meeting4. This trial compared Ninlaro® (ixazomib, Takeda) (given orally on days 1, 8, and 15 every 4 weeks) versus placebo (oral, matched administration schedule) for up to 26 cycles in 656 patients in partial response or better after HSCT. Ninlaro is a next-generation proteasome inhibitor currently approved for use in combination with Revlimid and dexamethasone in the relapsed / refractory setting.

The results of this study were strongly positive. Ninlaro offered a 28% reduction in the risk of progression or death compared to placebo with a median PFS of 26.5 months with Ninlaro versus 21.3 months with placebo (HR 0.72, p=0.002). Ninlaro was also shown to significantly increase the depth of response in patients (46% had a deepening of response, compared to 32% of patients treated with placebo; p=0.0042). The PFS benefit was observed across most subgroups including age, pre-induction ISS stage, depth of response following HSCT, minimal residual disease status, cytogenetic risk, and renal function. The only subset analysis which appeared to show differential benefit was type of induction regimen received. The benefit was strong in patients whose induction regimen included a proteasome inhibitor (PI) without an immunomodulator (IMiD) (HR 0.67) or an IMiD without a PI (HR 0.50) but appeared insignificant in patients whose induction therapy included a PI plus IMiD (HR 0.97). Further analysis of this subset reveals that most patients receiving such a combination induction therapy received a PI plus thalidomide, and this was the group that did not benefit from Ninlaro maintenance. Few patients received a PI plus Revlimid as choice IMiD for induction therapy, but in these patients, there was a strong trend to benefit with Ninlaro. Given that the standard of care for induction therapy in transplant-eligible patients has evolved in the U.S. and Japan to be the RVD regimen (Revlimid, Velcade® [bortezomib, Janssen], dexamethasone), these results suggest the positive results from this study will be broadly applicable in these markets. RVD is less commonly used in Western Europe, which raises slight concerns over the trial’s potential impact in that market, although given that this was only an exploratory subset analysis, it is unlikely to have a strong negative impact.

Drug-related Grade 3/4 adverse events (AE) occurred in 19% of Ninlaro-treated patients and in 5% of placebo-treated patients, although rates of AE-related drug discontinuation were low and similar in both arms (7% vs. 5%). Dose-reductions with Ninlaro occurred in 19% of patients. The most common AEs (all grades) that were increased in the Ninlaro arm were nausea (39% vs. 15%), diarrhea (35% vs. 24%), vomiting (27% vs. 11%), arthralgia (22% vs. 12%), and thrombocytopenia (13% vs. 3%) – Grade 3/4 AE rates were low for all of these. The trial protocol allowed for the option to escalate the Ninlaro dose from 3 mg to 4 mg after cycle 4, and 86% of patients were able to be successfully dose-escalated. Importantly, among patients who did not have an early disease progression (during treatment), 79% of Ninlaro-treated patients were able to complete the full 24 months of planned maintenance therapy. This is significant not only because it is indicative of the good tolerability of the drug, but also because it provides an option for these patients in continued remission to enter a period of treatment-free survival. Also important is that the incidence of secondary primary malignancies was 3% in both arms, and quality of life (measured using EORTC QLQ-C30 and EORTC QLQ -MY-20 instruments) were not significantly different between the two arms over the duration of maintenance therapy.

Naturally, one wants to compare the results of TOURMALINE-MM3 with the results of CALGB 100104 and IFM 2005-02, comparing Revlimid maintenance and Ninlaro maintenance. In a cross-trial comparison, the magnitude of PFS benefit with Ninlaro (HR 0.72) appears less robust than that achieved with Revlimid (HR 0.57 in CALGB 100104, HR 0.50 in IFM 2005-02). However, it is important to be aware of several differences that exist in the patient demographics among these trials. Of note, TOURMALINE-MM3 had fewer ISS Stage I patients than CALGB 100104, had more patients treated with a PI + IMiD combination induction therapy than either CALGB 100104 and IFM 2005-02, and had more patients in a CR/VGPR than either prior trial. These differences confound the ability to truly compare the efficacy of these two maintenance treatment options.

Less confounding is a comparison of tolerability and convenience of these two maintenance options. Diarrhea and nausea/vomiting appear to be associated with Ninlaro, but limited association with Revlimid therapy, while Revlimid therapy is associated with higher rates of neutropenia. Rates of AE-related treatment discontinuation with Ninlaro (7%) is lower than the rate reported for Revlimid (10% in CALGB 100104; 27% in IFM-2005-02). Importantly, there was no increase in the rate of second primary malignancies (SPM) associated with Ninlaro therapy (3% with Ninlaro vs. 3% with placebo); this is in contrast to what has been observed with Revlimid (14% with Revlimid vs. 4% with placebo in CALGB 100104; 9% with Revlimid vs. 4% with placebo in IFM-2005-02). The rate of SPM has always been an underlying concern with use of Revlimid, but the magnitude of myeloma PFS benefit associated with Revlimid maintenance has been considered to outweigh the risk of SPM. The apparent lack of SPM associated with Ninlaro offers a new option that lacks this element of risk. Finally, patient convenience cannot be overlooked, especially in the context of prolonged maintenance therapy. Revlimid given as post-HSCT maintenance is given at a dose of 10 mg (one capsule) orally once daily continuously until disease progression or unacceptable toxicity. Ninlaro given as post-HSCT maintenance is given at a dose of 3 or 4 mg (one capsule) orally once weekly for 3 weeks followed by one dose-free week (week 4) for up two years. Ninlaro may be viewed as more convenient for patients due to its less frequent dosing and potential to eventually stop treatment altogether if still maintaining a response after two years. However, Dr. Meletios Dimopoulos, who presented the data, acknowledged that if Ninlaro therapy wascontinued beyond two years perhaps the efficacy benefit could have been even further improved. A future analysis showing the time to progression following treatment cessation may provide some additional clarity on this point.

The low risk of SPM, strong efficacy benefit, and dosing convenience associated with Ninlaro all offer a strong platform in favor of adopting Ninlaro as maintenance treatment option following HSCT in newly-diagnosed multiple myeloma. Although Revlimid is strongly entrenched in this setting (particularly in the U.S. and Japan), the profile demonstrated by Ninlaro in TOURMALINE-MM3 gives it a strong foothold with which to challenge Revlimid and give that incumbent a real race to maintain its position.