How caregivers across the globe have been impacted by the pandemic

We asked caregivers around the world about their experiences and feelings during the pandemic. Explore how the added responsibilities have impacted their lives during challenging times. 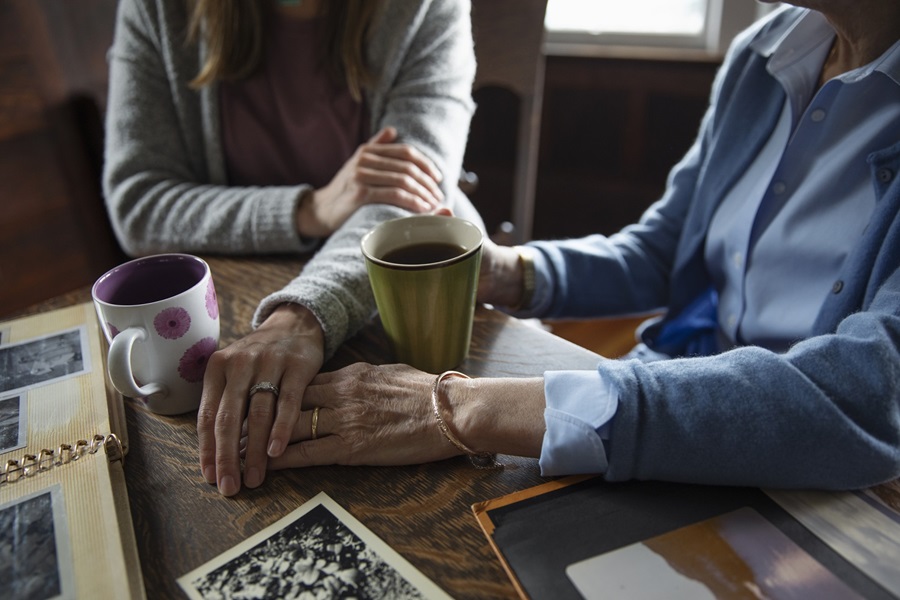 Get in touch
CoronavirusResearch ServicesPublic Sector

Have caretakers taken on an additional burden during the pandemic?

With facility closures and limited resources for some, the burden of working remotely or home-schooling for others, caregivers have faced new challenges over the last 18 months.

Kantar recently conducted a global online survey among full and part-time caregivers, exploring hardships, positive experiences, and support received. Discover some of our findings here as well as additional answers within the complete report.

What role has the pandemic played in caregiving responsibilities?

Globally, 18% of the caregivers interviewed were not providing care pre-pandemic. Brazil has the highest proportion of new caregivers (28%) whilst India (5%) and China (5%) have the lowest numbers of people who were not caregivers before the pandemic.

Six out of 10 respondents who became caregivers in the past 18 months were not influenced to do so by the pandemic.

Europeans were the least influenced, with only a quarter of Germans reporting that the pandemic had an influence on their decision to become a caregiver. 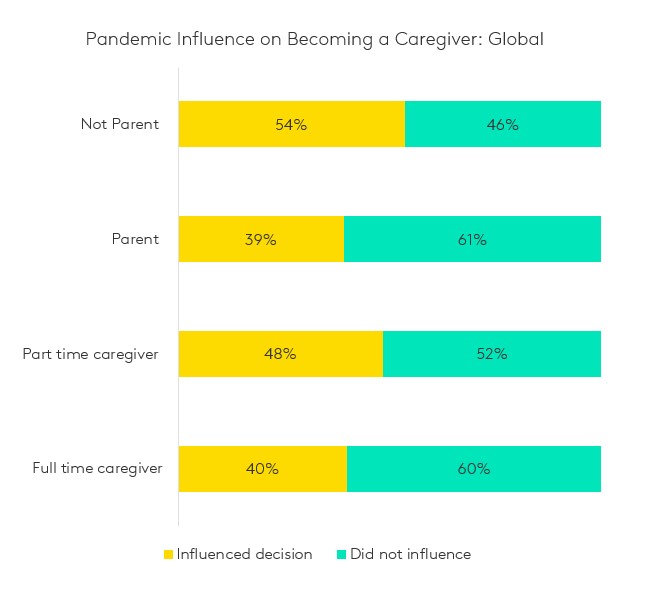 Globally, concern about facilities due to COVID-19 was the greatest influence on those respondents who became caregivers due the pandemic.

This is seen for 9 out of 10 of new caregivers and is evenly split across full-time (45%) and part-time (46%) caregivers. However, it is higher for caregivers who are not parents (54%) in comparison to those who are parents (42%).

How have home-schooling responsibilities impacted caregivers?

For parents who are also caregivers, the negative impacts of home-schooling were similar to those of parents without care-giving responsibilities. However, the negative effects were heightened.

The greatest disparity found in the study is that whilst 30% of home-schooling parents report that home-schooling had no negative impact on their well-being only 17% of caregivers felt the same. 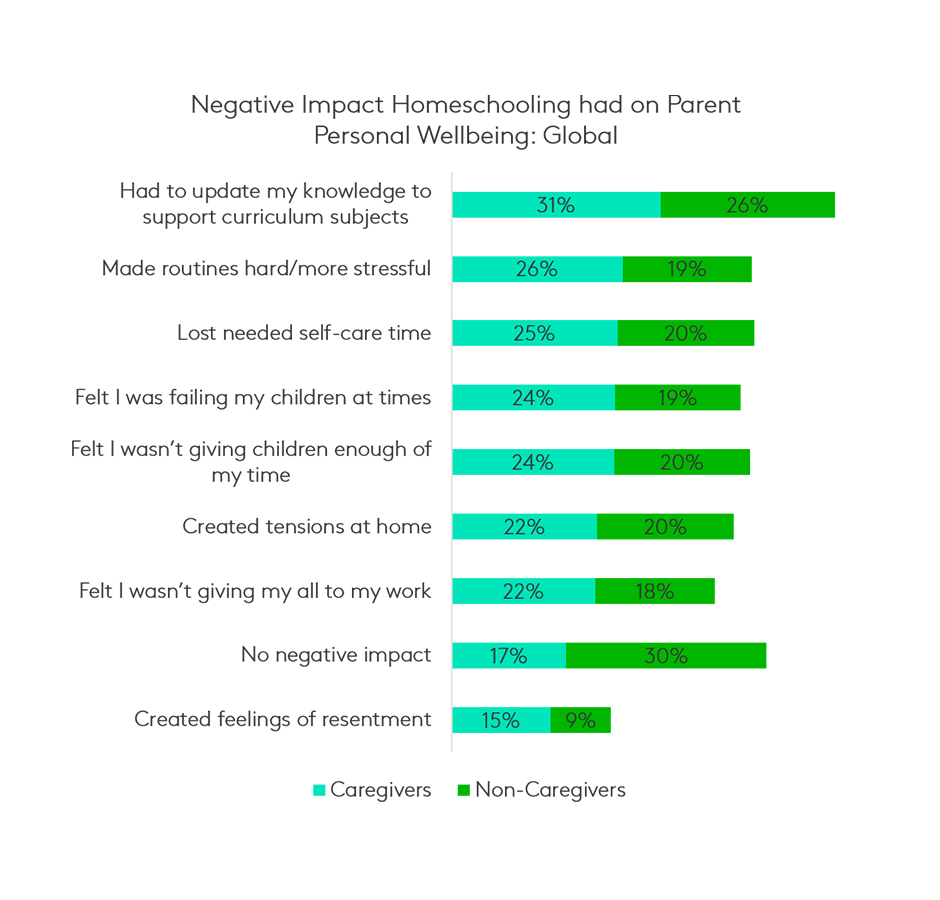 Globally, 87% of caregivers interviewed have felt supported by their family.

72% have felt supported by their employer and 69% by government or professional resources. 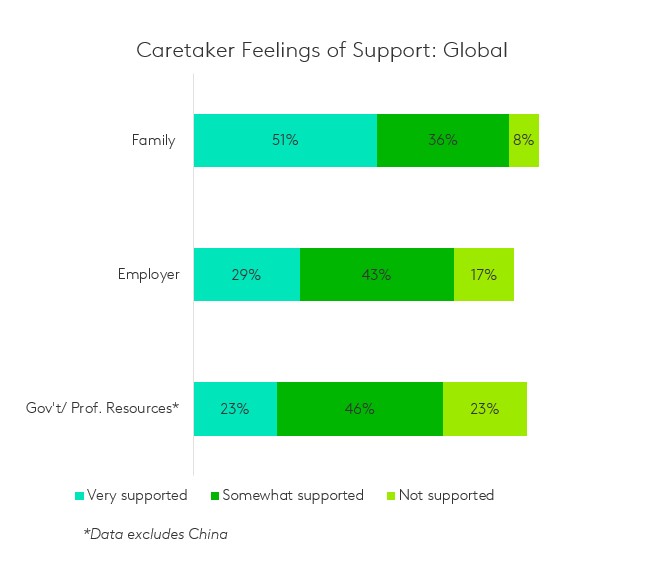 For more findings from this study, access the complete Community Report: Connecting with Parents and Caregivers. Find additional answers from caregivers and parents, including country-level insights.

This research was conducted online among 5,865 people across eight global markets: US, UK, France, Germany, India, Singapore, China and Brazil between 22 July and 9 August 2021.

Respondents were sourced from the Kantar Profiles Network. All interviews were conducted as online self-completion and collected based on local census distributions.

Read: How has COVID-19 affected the well-being of children?

Read: The impact of COVID-19 on employment and education 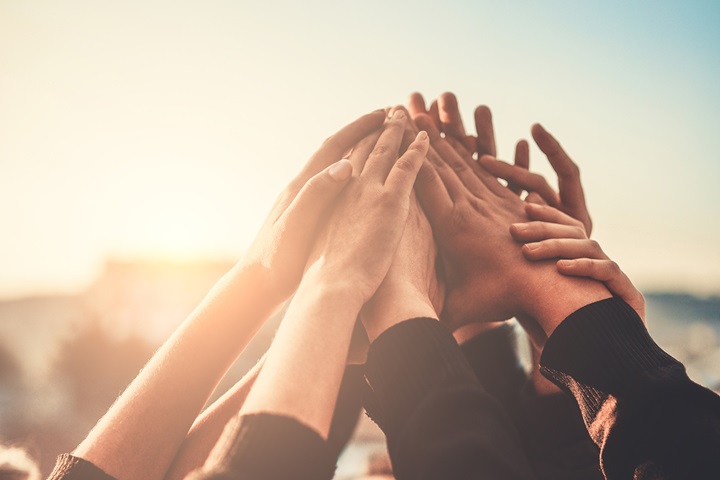