85% of US households have a video subscription service

Netflix’s subscriber base is now below two thirds of US subscribers, as penetration continues to decline, despite the success of Squid Game. 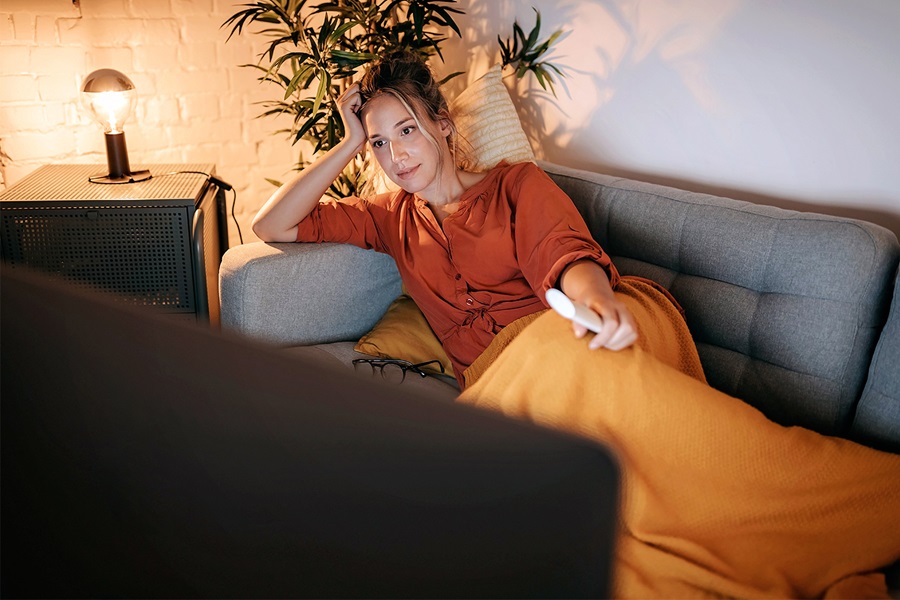 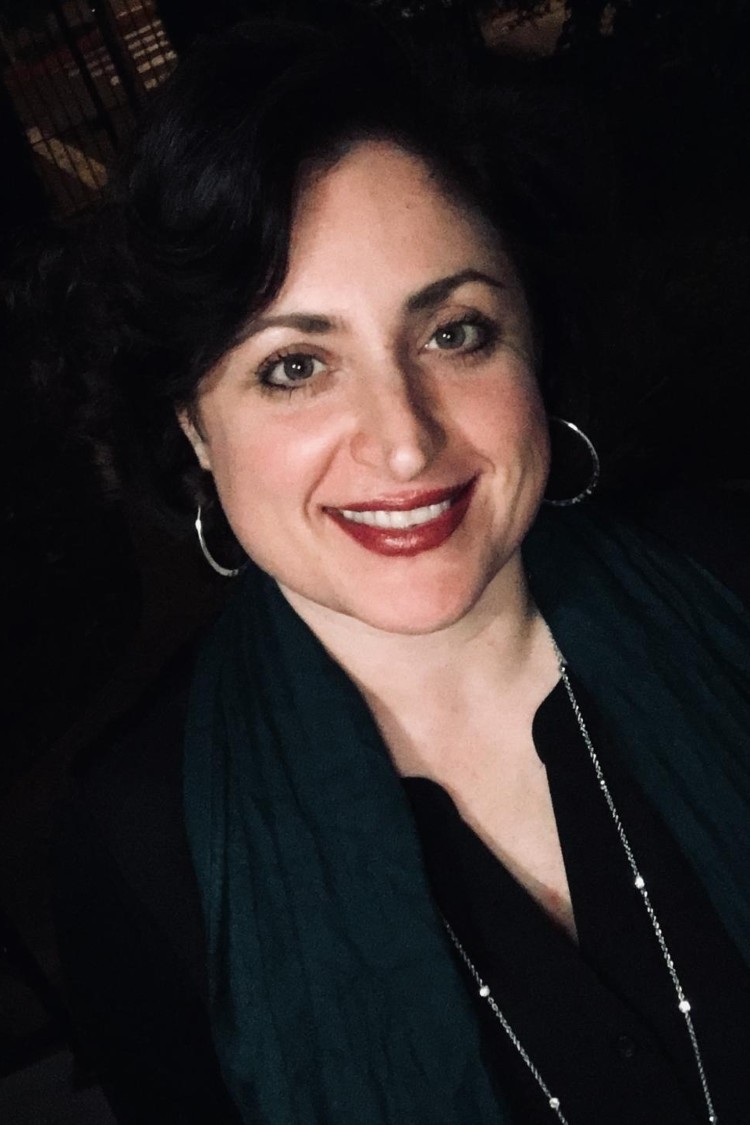 The U.S. Subscription Video on Demand (VoD) market continues to expand and transform. Entertainment on Demand, the solution measuring streaming service subscription levels, reveals the following subscriber behaviors in the US for the fourth quarter of 2021: 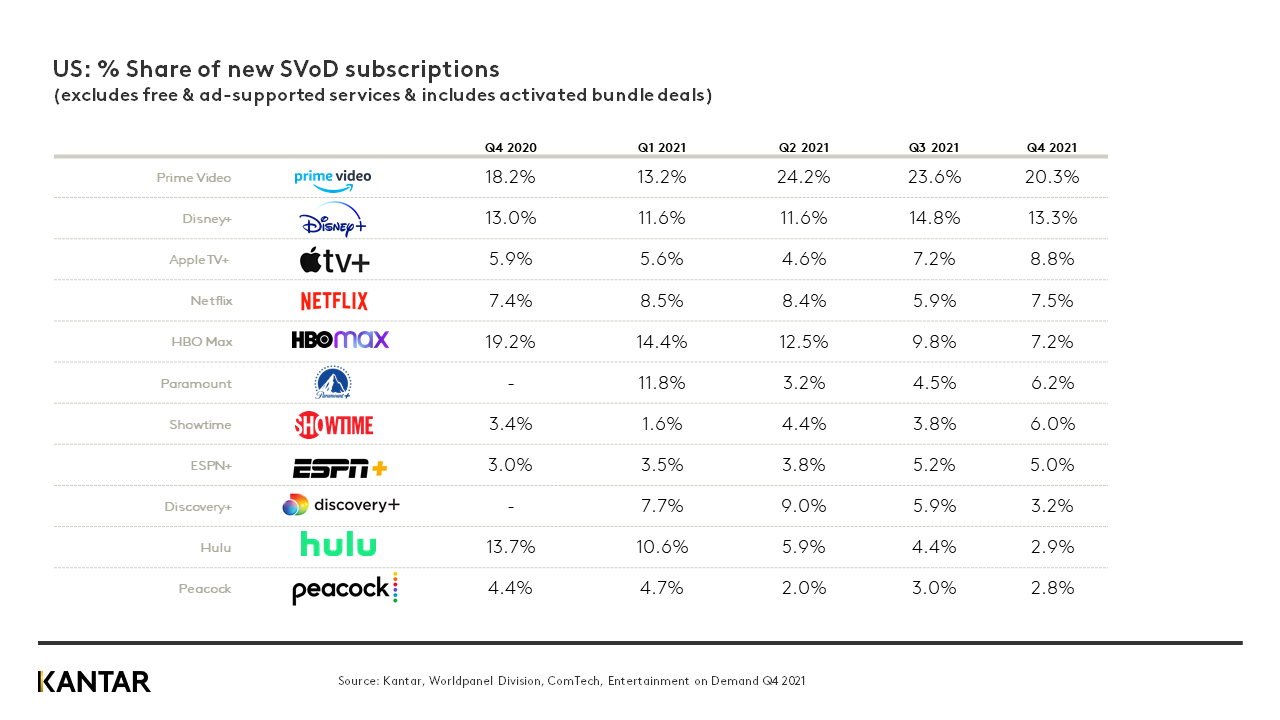 18% of American households now use a FAST service. This has more than doubled year-on-year: household penetration was 8% in the fourth quarter of 2020. In the last quarter alone, FAST penetration increased 4.9 percentage points, making it the fastest growing streaming tier. It is now nearly the size of AVoD, which has a household penetration of 24%.

Within FAST, Peacock, IMDB TV, Tubi, and Roku Channel account for the greatest share of new users in Q4 2021, collectively making up 79% of all new FAST users this quarter.

In the third quarter of 2021, ease of use and price helped lower the barriers to using a FAST service for the first time, but as FAST gains in popularity, viewers are becoming more demanding. Amount of original content, quality of shows available, and value for money are all increasingly driving signup. Meanwhile, the variety of classic films available, which the FAST tier over-indexes in, is losing relative importance.

In addition, signing up for specific content now only accounts for 13% of new sign ups/uses, down from 20% in the fourth quarter of 2020. This indicates consumers expect a wider range and catalogue of content to choose from within their FAST services.

These expectations are being driven by FAST platforms meeting these needs. Satisfaction in both the amount of original content and quality of shows are up significantly in Q4 2021 compared to Q3 2021. Ease of use and value are still the number one and number two drivers of satisfaction, but we can expect FAST users to increasingly expect more beyond a navigable interface in order to stay engaged. For example, 25% of Roku subscribers are satisfied with the amount of original content, the highest of any FAST platform; and 19% are satisfied with the number of new release films, in line with paid competitors Amazon Prime Video and Hulu.

With content moving to the forefront of FAST, NPS of this category is up 3 points quarter on quarter, to 32. It is the only tier to see an improvement of NPS in Q4 2021 and the only tier not to see an increase in planned cancellations going into Q1 2022.

In overall streaming, being able to watch without ads is a declining driver of sign up, signaling that ad-based platforms will continue to benefit. If FAST continues this content forward approach, expect the category to chip away at screen time of paid competitors and potentially even drive churn of paid competitors.

Looking at total streaming, Peacock moved into the #2 position when it came to new sign ups in the fourth quarter of 2021. It accounted for 10% of all new sign ups, bringing its household penetration to 12%, up from 9% in the third quarter of 2021. Peacock is heavily reliant on its ad-based tiers to bring in new users, with 56% of new users coming in through FAST, 26% through AVoD, and 15% through SVoD. However, paid tiers are making up a higher proportion of overall streamers, with FAST’s share declining 6 percentage points year-on-year. This indicates Peacock is finding success in bringing in new users through FAST and trading them up to AVoD or SVoD tiers.

This success is coming from the satisfaction they provide at the paid tiers. While total SVoD Net Promoter Score (NPS) was flat quarter on quarter, Peacock’s rose 10 points to 47, bringing it above the market average of 46. Peacock’s AVoD NPS rose 4 points quarter on quarter, while total AVoD NPS declined 1 point. Viewers are finding value in the these more expensive tiers.

However, it is specific content that’s most likely to bring in new users (over 1 in 3 new sign ups), particularly Halloween Kills, Yellowstone, and The Office in Q4. Peacock over-indexes in TV adverts as a key touchpoint for sign up. Both Yellowstone and The Office had featured ads from Peacock, highlighting the impact of paid traditional advertising. However, this movement from signing up for specific content to being satisfied with the amount/quality of content indicates Peacock is finding further success keeping users engaged after initial sign up and trying new content.

With growth in user satisfaction with content, Peacock SVoD saw the most significant improvement in planned cancellation rates in the next 3 months. Now only 5.5% of SVoD subscribers plan on cancelling in the next quarter, down from 13.2% in Q3 21.

Peacock’s multi-tier strategy is bringing in new users, and their efforts to drive engagement with new content is driving satisfaction and tier trade-ups.

Live streaming sports is still relatively new in the streaming world. Even in Q4 2021, only a handful of platforms livestream sports, and most have exclusivity with certain sports and leagues. With most sports still being watched on live TV, sports content is not a growing driver of sign up for the platforms that do offer sports. There are fluctuations, for example with Peacock airing the Olympics in Q2 2021, but on average it is not accounting for more sign ups.

This does not mean sports are not important to engagement. Among those who plan to cancel any of their subscriptions or services in Q1 22, 9% of them claim it’s because there’s not enough sports events or matches. This has steadily trended upwards over the last year: in Q4 20 only 5% said they planned to cancel due to lack of sports. Looking at actual cancellations, 6% said they cancelled a subscription or service in Q4 2021 due to there not being enough sports events or matches. This is up 3 percentage points year on year.

On the other end of the spectrum, 5% of streamers said they were satisfied with sports events/matches in Q4 21, the highest proportion in the last year. Although small, it is consistently growing quarter over quarter, and is one genre to consider to drive continued engagement with a platform.

Watch out for future churn

Average planned cancellation rates are up in Q4 2021 compared to Q3 2021. Most significantly, it is up for platforms that were reliant on a single title to bring in new users. For example, after the success of Ted Lasso in both Q3 and Q4, 19% of Apple TV+ users say they plan to cancel their subscription in Q1 2022.

Similarly, HBO Max, whose top content driving sign up in Q4 2021 was Dune, has a planned cancellation rate of 7%, up 2 percentage points quarter on quarter. Both samples indicate what can happen if you are reliant on a single series or film title to bring in new subscribers. As demonstrated by Peacock, it’s critical to keep users engaged after consuming the title that drove sign up, in order to reduce churn.

Beyond keeping engagement beyond a single title, platforms, especially paid platforms, now have to provide a holistically appealing experience that covers content and interface. As FAST platforms move in on the content space, paid platforms will have to provide points of differentiation to prove value. In the SVoD tier, elements such as the ease/quality of search and ability to download content are growing areas of satisfaction, accounting for 19% and 7% of subscriptions respectively. The TV interface is a growing area of dissatisfaction within SVoD, with interface driving dissatisfaction among 6% of subscriptions (up 1.2 percentage points from the previous quarter, while most other areas stayed flat or declined).

Read: Streaming growth in the US has stalled, and the fight now is to retain subscribers 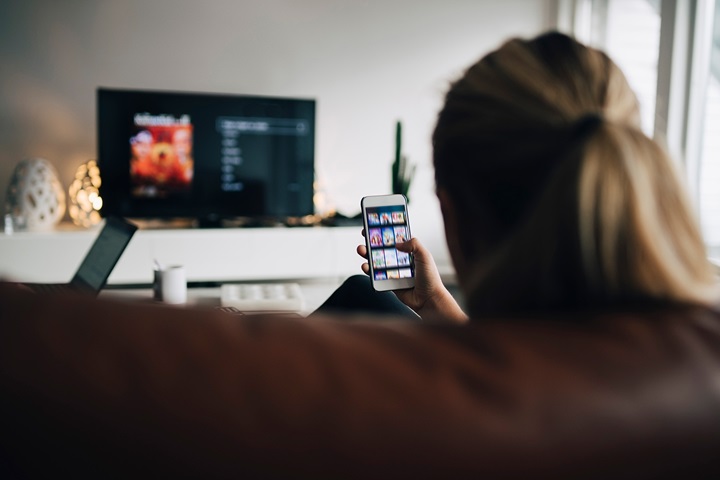