Learn more about TV and video subscription trends, and the types of consumers who use different services. 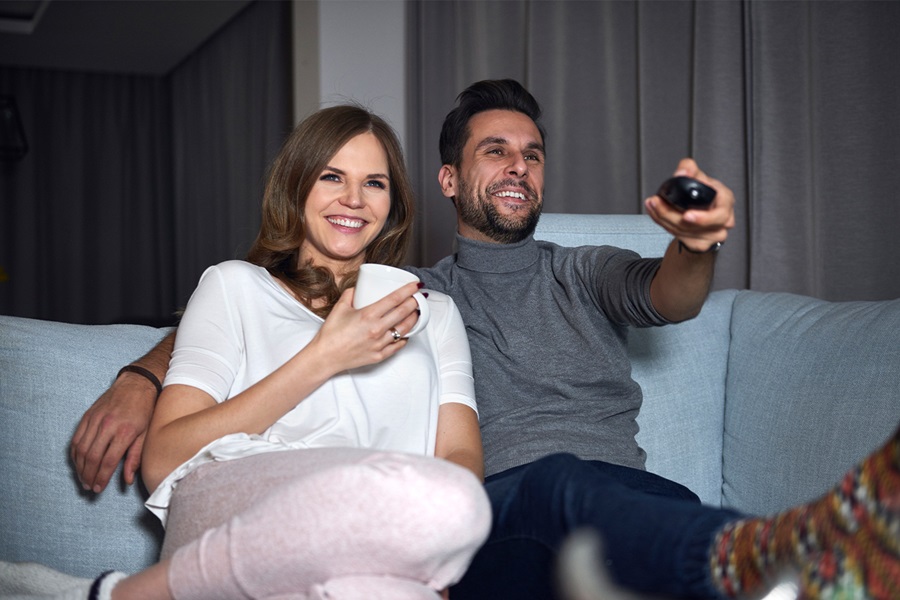 During lockdown, interest in watching more TV and video content surged. In Great Britain alone, TGI data collected during April revealed 37% of consumers claimed to be watching more series and films on demand. TV and video subscription services have proved highly popular in Northern Ireland as well, with almost three-quarters (73%) of adults there having a TV subscription service within their household (a figure that incorporates both household TV services like Sky, as well as specifically video-on-demand services such as Amazon Prime Video and Netflix).

However, the consumers who use these different TV subscription services can be very different from each other and use them in highly diverging ways. It is key for marketers to understand these differences in order optimise their TV and video-based campaigns.

Netflix leads the field by some distance

Latest figures from our Northern Ireland TGI consumer data reveal Netflix is the stand-out subscription service there, with almost two-thirds of adults who have a TV subscription service (64%) claiming to subscribe to it. This is followed by Amazon Prime Video (37%) and Sky Q (20%).

There are some key demographic fluctuations between those who subscribe to different services. Those with a subscription to video-on-demand providers such as Netflix and Amazon Prime are considerably more likely to be at the younger end of the age scale than the average adult with a TV subscription service. For established household providers like Sky and Virgin Media, the trend is flatter, or (in Virgin’s case) tends towards older consumers.

For example, Amazon Prime Video subscribers are 48% more likely to be aged 16-24, whilst Virgin Media subscribers are 26% less likely than the average to be in this age group.

Our TGI Lifestage data reveals that ‘Primary School Parents’ (those who live with son/daughter and youngest child aged 5-9) are not significantly more likely than the average TV subscription service user to have a Netflix or Amazon Prime subscription, but ‘Secondary School Parents’ (live with son/daughter and youngest child aged 10-15) are 36% and 43% respectively more likely to hold one. Perhaps there is a perception that there is a more worthwhile choice for families with older children on these networks. Or maybe it’s just a case of pester power doing its thing as teens (and the almost-teens) feel they need to be watching the same content as their friends!

Conversely, those with an Amazon Prime Video subscription are 50% more likely to agree that they would be willing to pay to access content on newspaper websites, compared to Netflix users who are only 13% more likely to do so.

Attitudinal differences by subscription also reveal opportunities to tailor messaging to the devices most used. 21% of Netflix subscribers say that they prefer to watch TV on a laptop, mobile or tablet, which is double the figure for Virgin Media subscribers and similarly higher than for Sky subscribers.

The value of the switchers

An understanding of how many consumers have switched their TV subscription services ‘in the past 12 months’ reveals which platforms are proving particularly popular – a key insight for marketers seeking to understand how the TV landscape is evolving. Latest TGI consumer data reveals that 9% of adults in Northern Ireland with a subscription service have changed supplier ‘in the past 12 months’. Those who have switched are over two and half times more likely than the average adult with a TV subscription to have Now TV, 65% more likely to have Virgin Media and 24% more likely to have Sky Q.

Enhanced insights into TV subscription services is just one of a number of new measures on the 2020 Northern Ireland TGI consumer data. Other enhancements include new data on podcasts-related behaviour, new out-of-home advertising measures and new insights into promotions and offers. For more information about the survey, please contact us.