The data behind Britain’s love of gin

Gin is now the UK's favourite spirit. So what’s happened? 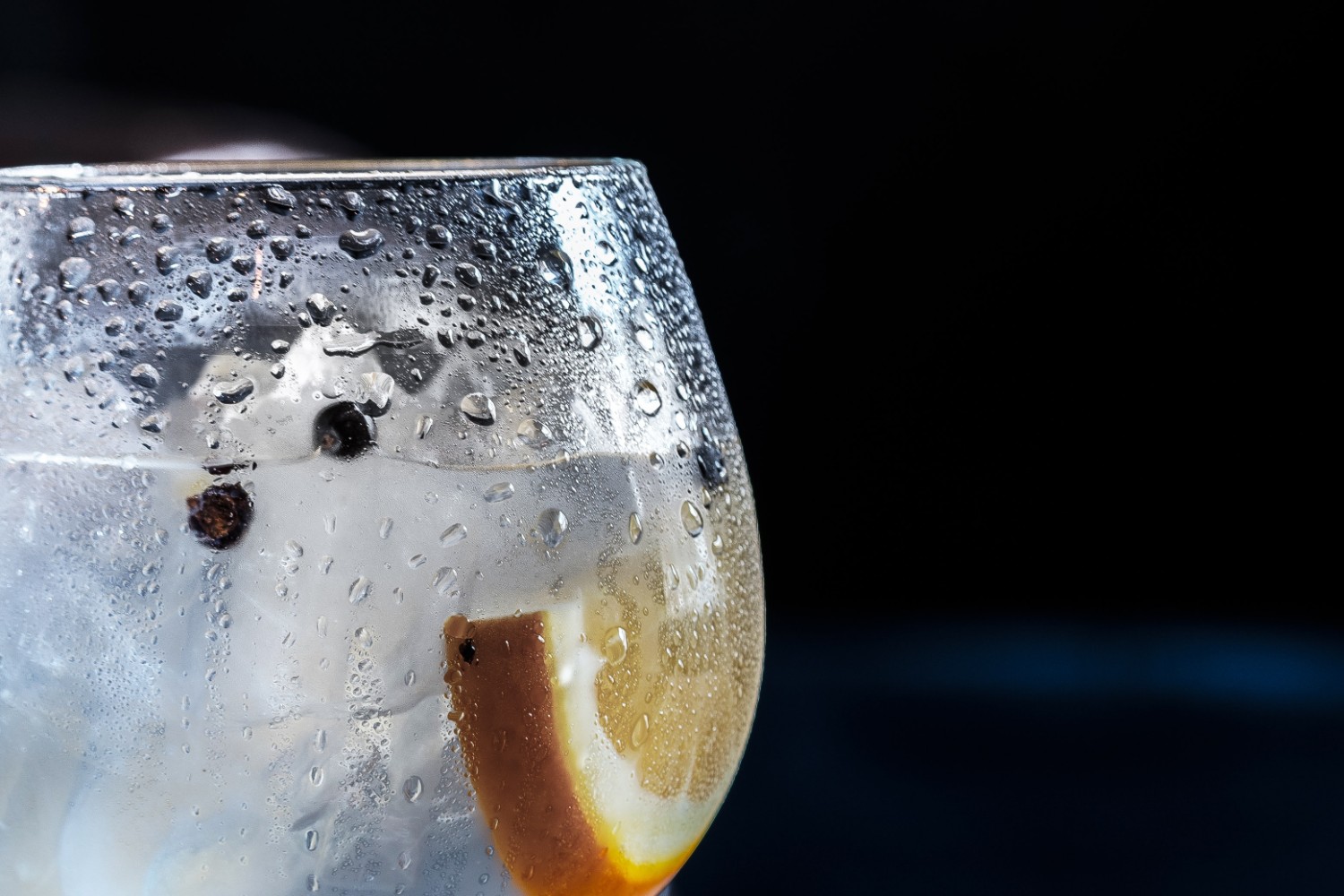 Once called ‘mother’s ruin’, gin was actually incredibly popular in the UK back in the 1700s – in fact, it got somewhat out of hand. There were around 7000 (legal) gin shops in London alone, plus many more distributors acting outside the law, in the 1730s. By 1743, England was consuming 10 litres of gin per person annually. The Gin Act in 1751, plus a greater demand for tea and some bad harvests making gin more pricey, put an end to this massive craze.

Now featuring in the sample UK shopping basket to calculate inflation, gin has had a comeback in recent years, although consumption habits are quite different from those in the 16th century. According to data from Kantar's Worldpanel division, gin is officially the nation's favourite spirit (having overtaken whisky) – over a quarter of the population have purchased Gin (including flavoured/gin liqueurs) in the last 12 months, up from just over 10% 4 years ago. Gin brands have also really succeeded in connecting with younger consumers: 4 years ago, 43% of 18-24s told us that they drink gin, it’s now 55%. So what has happened?

There have been a number of factors that have conspired to make gin a more popular choice with consumers, with the origins being the acquisition of (and subsequent marketing investment in) Bombay Sapphire. It established the notion that there was something you could ‘trade up to’ in gin, says Matt Woodhams, Director at Kantar's Consulting division. ‘Gin was for the most part a standard category with no widely available mainstream premiumisation route. The beauty of the bottle, and the imagery and visual appeal around Bombay Sapphire, plus the marketing activation, gave it premium back bar appeal.’

‘The subsequent arrival of Hendricks, with its distinctive flavour, serve and positioning, and engaging marketing activity bringing the brand to life, added to the interest in premium gin, alongside renewed investment in what had been fairly dormant brands like Beefeater and Plymouth.’

But it was Sipsmith who really instigated the growth in craft gin with a sense of place – importing from the US ideas about making and marketing drinks borrowed from the burgeoning craft beer category. With gin being comparatively easy to make, a multitude of ‘craft’ gin brands have sprung up, boasting both local credentials and unique flavour combinations that play into the premiumisation trend.

It also gives gin the discernment credentials that craft beer has enjoyed, with the result that there are now 200 gin producers in Scotland alone, as well as hyper local brands made in small quantities like Mayfield Gin from Sussex, as well as esoteric, experimental gins like Sacred, based in a residential house in North London, and producing award-winning liquids using vacuum distillation and a ‘library’ of over 100 botanicals.

The other new products that have sprung up to improve the gin-drinking experience are quality tonics. Historically, says Woodhams, the only spirits that tapped into the consumer desire to be discerning were Cognac and Whisky, and these would be drunk neat, over ice or with a dash of water. Their powerful flavour and the lack of a recognisable long serve with a discerning mixer limited the occasions where these products could play. But with the arrival of super premium mixers like Fever Tree and the subsequent proliferation of tonic flavours, the opportunity for a discerning but refreshing and ‘personalised’ long drink choice using gin as a base opened up growth in a number of different drinking occasions untapped by traditional discerning spirits categories.

Today, tonic remains the mixer of choice, but almost a third of gin serves are now mixed with something other than tonic, up from 16% 4 years ago. (Kantar)

One of the things that helped Hendricks stand out was the custom serve highlighting its unique flavour profile (it’s served with cucumber rather than lime, generally). Woodhams claims this was the beginning of the idea of customisation and personalisation within the gin category, something that was happening in countries like Spain where the theatre of service – gin being poured at the table, into a large ‘copa’ glass filled with ice – was more common.

‘Not so long ago ordering a gin and tonic in the on-trade meant staff would turn around to service it from an optic. It would be in a small Paris Goblet wine glass, and you’d be asked if you wanted ice and lemon. Now, with gin often served in specific glassware, there is far more theatre to the pour, and the whole experience is far more visible, as many more on-trade outlets pour drinks at the bar.’

Again, the impact of quality mixer shouldn’t be underestimated. This, says Woodhams, has put gin in a new category and makes it suitable for more occasions. ‘A quality product, with quality mixers and theatre around the serve makes for a more interesting, exciting, acceptable, and suitable for different drinking occasions,’ says Woodhams. Kantar Worldpanel Alcovision data shows that we drink gin on the same occasions as we would drink wine – for example with food.

Gin is, comparatively, easy to make, hence the craft revival. You don’t have to age gin (unlike many other spirits categories) so the production is requires less capital and time. Moreover, the process of flavouring the spirit adds enough value to make this a profitable venture for those ready to get on with distilling – hence the roughly 200 companies distilling gin in Scotland, where the infrastructure and equipment already in place for whisky make this venture very appealing.

In the gin category, the amount of competition has actually been very beneficial. This choice for consumers leads to more visibility, and has also enhanced the idea that a consumer can customise the drink to their personal preferences. ‘Choice is a virtue of the category,’ says Woodhams. ‘It allows customers to be, or be seen to be, more discerning. Different bars and pubs will have a different serve for each gin so the customisation is also very visible, and the proliferation of mixer flavours creates an even bigger choice.’

Interestingly, while people enjoy this perception of choice, most people still choose standard gin and standard tonic – but there are lots of options to support that choice.

According to Kantar data, flavoured gin has been one of the biggest success stories in recent years. Pink gin’s association with growing categories like spritzes and the light, refreshing aperitivo, as well as Prosecco cocktails, has helped to widen the gin category by expanding the occasions upon which gin is consumed and keeping it very much on trend. The penetration of flavoured gin has grown at 160% year-on-year, testament to both the changing tastes of more adventurous consumers but also the influx of craftier gin products on the market. This has been driven by younger shoppers who are attracted by the sweeter taste, a trend reflected across categories as varied as fruit wines, flavoured vodka, and fruit cider.

5. New habits in drinking and socialising

According to Woodhams, the way we drink in the UK has changed, and this has made gin (and other spirits) more likely to be chosen than beer. ‘We spend less time in pubs, where the focus has always been on beer. As we opt for less high-tempo experiences (like nightclubs) and spend more time in mid-tempo environments, like casual dining venues, the drinks we are choosing are changing.’

Even in bars and pubs, gin and tonic is a good proposition where you just want one drink, but not beer or wine, or something fresh to kick off the evening. But generally, the drinking ‘Occasion’ has migrated to ‘Modern On-Trade’ – bars, casual dining, restaurants, and bars.

‘Younger people in particular are choosing to drink less but drink better, and as well as being more aware of the health impacts of consuming too much alcohol, they are socialising on social media and not in nightclubs. With an ageing population trend globally it is no surprise that fewer people are going clubbing. Society has shifted from pure hedonism as an attractive way to spend time,’ claims Woodhams. ‘Consumer, commercial, lifestyle, legislative, cultural and social factors are all combining to make us drink less but drink better.’

Kantar data supports this claim, says Crossan. ‘5.4m adults in Great Britain don’t drink alcohol at all now, up from 4m in 2013. 37.5% of under 35s believe that it’s worth paying extra in pubs, bars and restaurants – well above the average for all adults (29.6%). 18-24-year-olds in particular are those that are choosing to drink less, with the average number of alcoholic drinks they’re consuming in an average week falling from 13.5 to 12.4 over the last 4 years.’

One brand that has tapped into all of the above trends is Seedlip, the non-alcoholic spirit that looks a lot like gin. From the premium design and positioning to the craft element to the awareness of a low-alcohol culture among younger drinkers, this is a great example of all these trends coming to life. And with 20m adults in the UK telling Kantar Worldpanel that they are happy to consider low/no alcohol products, there is still plenty of scope for growth within this burgeoning area.