The human face of sustainable fashion

A quarter of UK fashion shoppers see working conditions and impact on human lives as the biggest concern about the industry. 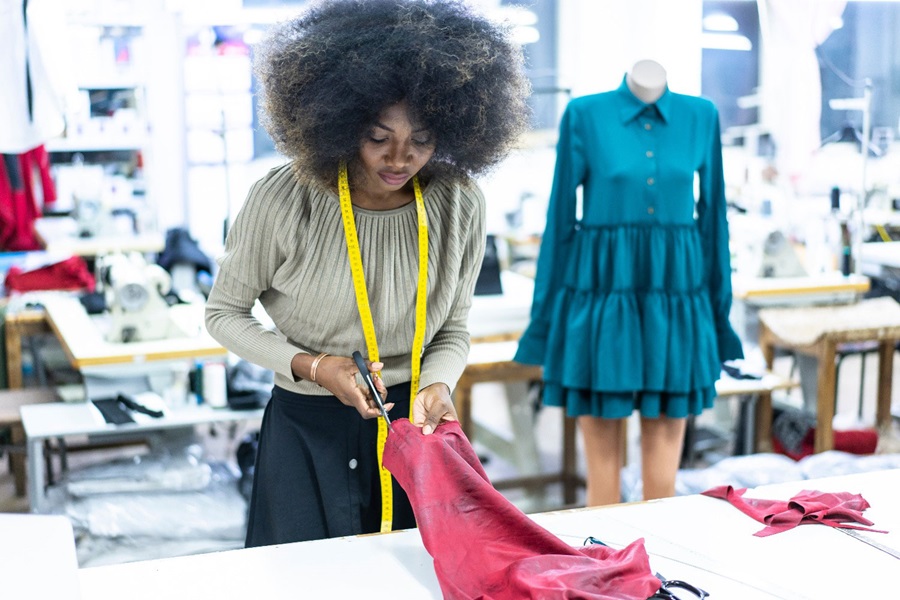 Get in touch
Fashion & BeautyRetailSustainability

Sustainability is on the tip of our tongues but is an issue so multi-faceted that brands and consumers alike can feel unsure where to start in addressing it.

A new Kantar study, the 2020 Fashion Sustainability Survey, uncovers fashion shoppers’ concerns when it comes to sustainability, and sheds light on which aspects actually impact their spending. It finds that a quarter of respondents believe fashion represents one of the greatest environmental concerns on the planet today.

When asked to specify their primary concern about fashion in particular, the most common answer among respondents was working conditions and the industry’s impact on human lives (42.2%). With the rise of social media and slow fashion influencers, people are more alert than ever to the inequalities taking place within fashion production lines across the globe. It is becoming increasingly clear that people aren’t prepared to turn a blind eye any longer.

With 61.5% of consumers believing the onus should be on retailers to take responsibility for matters of sustainability and 77.5% on manufacturers, it is more important than ever that brands address their own relationship with unethical labour.

When shopping for clothes, 41.3% of respondents stated that they look for an ethical retailer. But what does ethical mean, and is it different to sustainable? Ethical implies a moral code has been followed during the production process, whereas sustainable suggests it operates in a way that enables moral production into the future. When asked what steps they think should be taken, the second most popular measure that consumers endorsed (37.1%) was improving factory conditions. This suggests consumers have their attention on ethical practices in the present, rather than being assuaged by future promises.

But what is ethical labour? The International Labour Organisation (ILO) describes it as free of ‘child labour’ or ‘forced labour’ and the UN states that employment must entail safe, appropriate working conditions alongside a fair income to warrant the title ‘ethical labour’.

Consumers hold you responsible for your supply chain

The question of whom consumers expect to take responsibility for unethical labour practices was answered in July 2020, when Boohoo was confronted with allegations of modern slavery. The brand’s Leicestershire factory was exposed to have poor working conditions alongside a labour force suffering remuneration of less than minimum wage, at £3.50 an hour. Boohoo argued this was not its responsibility as the factory was operated by a company which was not a ‘direct’ supplier – but that logic did not hold for the brand’s shoppers.

The consequences were immediate, with shares falling by 32.5% and £1.6 billion wiped off the company’s value. Consumers were up in arms, with huge amounts of noise on social media sphere as people demanded that their peers #boycottBoohoo. The echo of the scandal is still evident now, with PWC walking away as the brand’s auditors in mid-October. With Deloitte, KPMG, BDO and Grant Thornton not intending to bid for the contract, this has caused investors to follow suit, and Boohoo’s shares to fall almost 20%.

One size does not fit all

However, behind this mass outcry, did consumers’ purchasing behaviour reflect this shift in attitude towards the fast fashion retailer? In one sense, it seems the calls to #boycottBoohoo went unheeded, as the retailer had one of the fastest market growth rates among its competitors in the 12 weeks to September 2020.

However, retailers would be naïve to read Boohoo’s seemingly narrow escape in the context of a struggling fashion industry as a signal to deprioritise the issue. The size of Boohoo’s ‘Say-Do’ gap perhaps speaks more of Boohoo’s target market, than a consumer-wide attitudinal trend. 45% of consumers say they often or regularly avoid fast fashion, and Boohoo’s offer targets the other 55% of shoppers who are perhaps prepared to turn a blind eye to the unethical practices in search of the most current trends, very quickly, at an affordable price. However, for retailers whose consumers are not in that bracket, the 61.5% of individuals who place the responsibility for sustainability at retailer’s door may not be so quick to overlook similar practices elsewhere. Fundamentally, it is not one size fits all with sustainability.

What’s more, Boohoo is not out of the woods. Though sales have not suffered yet, there still lies the possibility of long-term consequences.  COVID-19 may have overshadowed this scandal, because as an online only “pure-player”, the pandemic has driven demand for Boohoo which has outstripped lost shoppers. But 77% of consumers said it is important to show long-term commitment to sustainability and not just treat it as a short-term trend.

This isn’t just a Boohoo problem

With 36.2% of shoppers willing to pay more for an ethical retailer, the question for retailers is: to what extent does their shopper base overlap with that group? The same way it is short-sighted to believe attitudes towards ethical labour don't impact purchasing behaviour; it is dangerous to presume the shoppers affected by the Boohoo scandal couldn’t have their head turned by a sustainable offer. Are they searching for information? Are they more likely to be loyal to another retailer which can provide them with labour process transparency?

The Kantar 2020 Fashion Sustainability Survey aims to untangle some of these difficult questions and more. Now is the time for fashion brands to get to grips with where their shopper base sits on these complex issues. For more information on the study, please get in touch.