Irish supermarket sales start to settle after one year in lockdown

While shoppers spent €234.6 million more than during the same 12-week period last year, supermarket sales actually fell over the most recent four weeks. 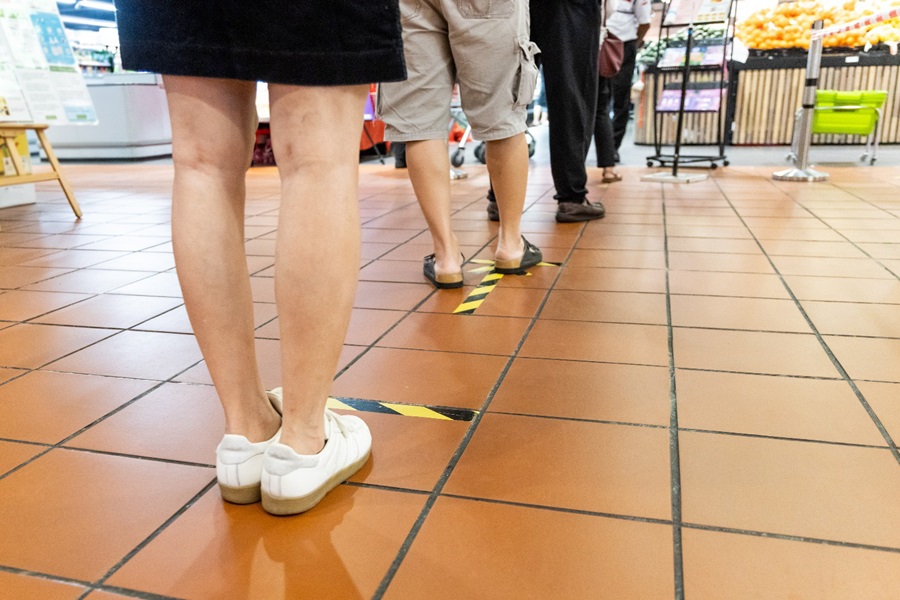 The latest figures from Kantar, for the 12 weeks ending 21 March, show that Irish grocery market growth slowed to 8.4% year on year. While shoppers spent €234.6 million more than in the same period last year, that figure is lower than in recent months, as annual comparisons are now being made against the record-breaking sales recorded ahead of the first lockdown in 2020. In the four weeks to 21 March, sales declined by 5.5% for that reason.

A year on from the start of the pandemic, lockdown is still having an impact on shopping habits, and over the past 12 weeks the market continued to grow. However, looking at the shorter-term picture supermarket sales actually fell over the most recent four weeks, as people spent €59.3 million less than in March 2020 when they were stocking up ahead of the first national lockdown.

Even with March sales down compared to 2020, they remain almost 20% higher than in 2019. Two-year ending growth figures allow us to look at how the retailers are performing compared with what we would typically expect at this time of year, and the numbers show a strong increase in sales. This will likely continue until pubs, restaurants, workspaces and schools reopen and shoppers start moving spend on to food and drink out and about as well as in home.

Despite restrictions limiting many traditional festivities, Ireland still celebrated St Patrick’s Day with gusto, albeit at home for another year. Shoppers didn’t let lockdown dampen their spirits, and raised a glass to the national holiday, which helped alcohol sales grow by 25.8% over the 12 weeks. Guinness specifically was bought by 10% of the Irish population, compared to 6% last year, which meant an extra 70,000 households took it home. With summer nights fast approaching, people also took full advantage of some fair weather and fired up the barbecue. An additional €1.3 million was spent on chilled burgers and grills, with an extra €6.7 million of ice cream bought in the latest 12 weeks as well.

There were plenty of opportunities for people to treat themselves and their families this month. Time apart from our loved ones means that occasions like Mother’s Day are more significant this year than in the past. Shoppers are more willing to splash out, and as a result sales of gift boxes of chocolate soared by €2.9 million in the most recent period. Early evidence also shows that Easter weekend was a big occasion, with 63% of people buying an egg before the 21 March, compared to 41% at the same time last year. That meant sales boomed by 124% with an additional €18.1 million spent.

No signs of online spend slowing down

Unlike the total market, online grocery shopping has shown no signs of slowing down, even compared to March last year. Shoppers spent an additional €25.5 million through digital platforms, with most of the major retailers now offering online delivery in some form. Online grocery shopping has taken off in the past year, but because it is relatively new to Ireland, it still has a lot of headroom to grow.

Of the retailers, SuperValu maintained its number one position and grew ahead of the market in the past 12 weeks, with sales up by 13.9% giving it a 22.4% market share. Shoppers tend to make large trips to SuperValu and basket sizes continue to grow, it also was the only retailer to increase the number of visitors it welcomed into store in the latest period, which contributed an additional €2.9 million to its overall performance.

Tesco is currently the nation’s second largest retailer, with 21.6% of the market. Large trips are again the source of its success as people added an average of three packs per trip to their trolleys, helping the retailer grow overall sales by 9.9%. Dunnes meanwhile grew by 3.6% to hold a 21.3% share.

Lidl’s growth was strong once more at 12.3% over the 12 weeks, it also increased share and now holds 12.7% of the market. It recorded the fastest growth of branded goods among all retailers. Aldi currently has a 12% share, and grew by 6.2% over the past year, it made particular gains in Munster where sales increased by 7.7%.

Contact us
Related Solutions
Consumer Goods Panel
We monitor FMCG purchases and trends across all retail channels, through the biggest consumer panels globally.
Learn more
Consumption Occasions
Understand where opportunities lie, and which occasions should drive your growth in FMCG.
Learn more