Irish grocery market sales dipped in the latest 12-week period. As people head back to pre-pandemic routines, how is this impacting shopper behaviours? 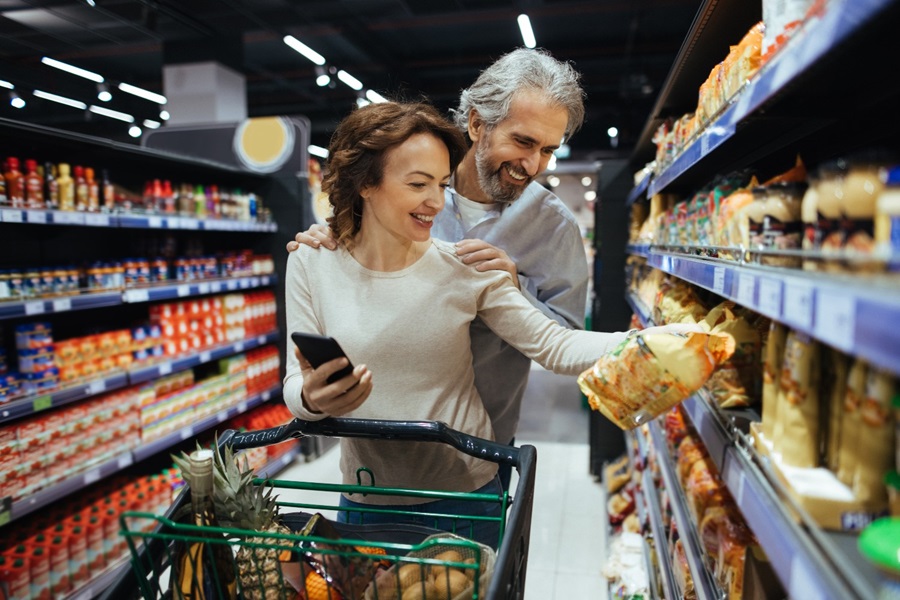 Our latest figures show that Irish grocery market sales dipped by 2.3% in the 12 weeks to 5 September 2021 as people edge back to their pre-pandemic routines. Sales remain 11.1% higher than the same period in 2019.

While we’re a way off a full return to normality, there are winds of change and people are becoming more comfortable heading out and about. An extra 189,000 trips were made to the supermarket over the past three months, driven by shoppers running out for one or two items at a time rather than relying on a big weekly shop like they did during the height of lockdowns. It suggests that the high vaccination levels across the country are helping to boost consumers’ confidence.

We’re also seeing shoppers choosing to visit bigger stores rather than smaller convenience retailers on their doorstep. That’s been good news for Ireland’s largest grocers, as all of the big five gained market share this period for the first time since 2010.

Online sales drop as shoppers flock to brick and mortar

Strong performances for bricks and mortar stores meant online sales dropped by 12.3% in the past four weeks. Online grocery shopping has taken a back seat this month as people return to workplaces, education, and eating out. As a result, digital grocery shops shrunk by an average of four items over the course of the latest four weeks. However, we expect this decline to soften in the coming months as shoppers find their feet in their new routines.

It’s been a busy time for Irish households all over the country and preparing meals from scratch, a popular pandemic pastime, has slipped down the agenda. Shoppers switched home cooking staples for more time efficient options, spending €7.5 million more on chilled convenience items like pizzas and ready meals over the past four weeks. Parents were also stocking up on lunch box favourites like children’s biscuits, bread and cooked meats which grew by 11.3%, 7.6% and 14.6% respectively.

Dunnes, a favourite of families preparing to send children back to school, saw the greatest influx of new shoppers (up 5.3%) among all the retailers, which contributed €32 million to its sales. Dunnes is tied with Tesco for the title of second-largest grocer, and both hold a 21.4% share of the market this period. Tesco, which gained 0.4 percentage points of share, was particularly successful in terms of growth for brands, which grew by 2.9% to buck the overall market decline in branded sales this period.

SuperValu is the largest retailer and holds a 22.5% share of the market. This was driven by consumers visiting the store 7% more often than they did last year, the highest shopper frequency among all the retailers, which led to a sales boost of €43 million for the grocer. 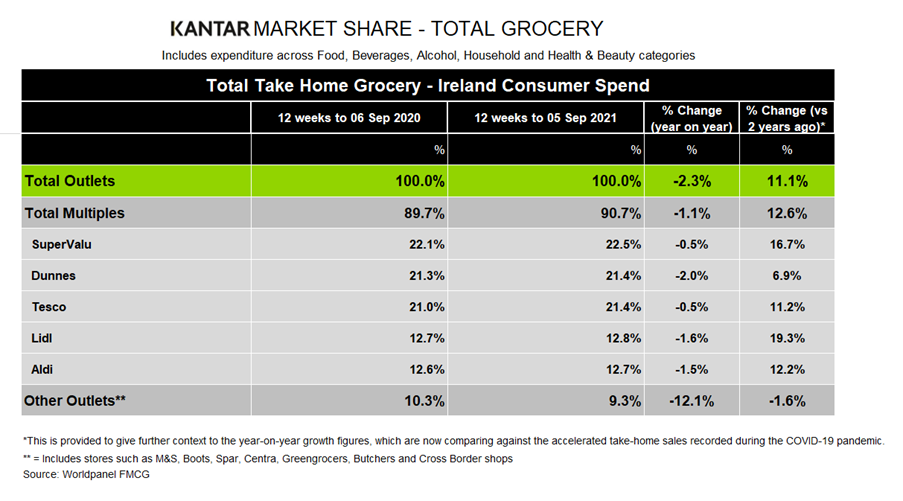