Take-home grocery sales fell by 5.1% during the 12 weeks to 11 July 2021, though shoppers spent £3 billion more on groceries than they did during the same period in 2019. 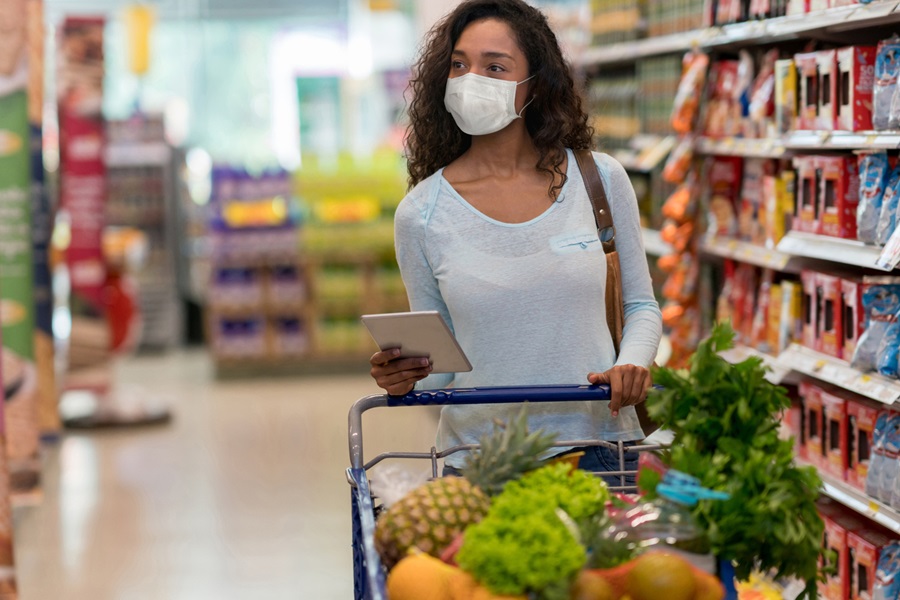 The latest figures from Kantar show take-home grocery sales fell by 5.1% during the 12 weeks to 11 July 2021. Despite this year-on-year decline, sales are still strong compared with pre-pandemic times, and shoppers spent £3 billion more on groceries than they did during the same period in 2019.

It was a huge month for British football, with major tournaments usually providing a significant boost to supermarkets. But with many fans choosing to make the most of newfound freedoms and watch the matches in pubs and bars, take-home sales of alcohol over the four weeks to mid-July were actually down by 3% compared with the previous month. That said, shoppers still spent £1.2 billion on the category – a 24% increase on the same period in 2019. Crisps and snack brands also enjoyed a boost from those of us who gathered round to watch the games at home and sales grew by 23% compared with two years ago. It’s the trademark food of Italy, England’s rival in the Euro 2020 final, but that didn’t stop people spending an extra £10 million on chilled and frozen pizzas in the past month.

As the legal obligation to wear face masks in shops in England came to an end on Monday 19 July, 55% of shoppers say they felt safe on their latest trip to a retailer*. The proportion of people who feel safe when visiting stores has not varied significantly over the past six months, despite the majority of the country now being at least partially vaccinated. Just over half of the population feel happy and secure in store, but that means a significant minority still experience some degree of anxiety while out and about.

The number of people choosing to buy groceries online fell by 81,000 in July compared with the same four weeks last year. As the nation returned to shops, workplaces and restaurants over the past month, digital baskets shrunk by 8% to an average of £80 per shop, the lowest since February 2020. As a result, year-on-year sales growth for online groceries has dropped for the first time ever – falling by 2.6%. The channel currently accounts for 13.3% of the total market.

With online’s rapid rise starting to taper, Ocado’s growth has also slowed over the past 12 weeks to 3.0%, though it remained the fastest growing retailer and increased its market share by 0.1 percentage points to 1.8%.

A number of the grocers saw sales fall this month but there were notable gains for some. Waitrose, with sales up by 0.1% over the 12 weeks to 11 July, was the only retailer with a bricks and mortar estate to achieve year-on-year sales growth. Waitrose lost shoppers last year when people focused more on picking up essentials and limiting trips outside the home. But as the nation becomes more confident and starts to buy groceries from multiple places again, it has outpaced its peers with increasing footfall and as a result its market share rose by 0.3 percentage points to 5.0%.

Sainsbury’s, where online sales continue to perform strongly, moved its share up to 15.2% from 14.9% last year. Asda’s share slipped by 0.1 percentage points to 14.0% and Morrisons fell from 10.3% last year to 10.1% this period. Morrisons has made plenty of headlines this month following private equity interest in the business; a change of ownership in the near future looks to be highly likely. Following a year of solid sales performance, shoppers are clearly pleased with what the Bradford-based grocer has offered. It sets itself apart from the competition through its distinctive fresh counters and a continued use of multibuy promotions. While other retailers have cut back on counters, 14% of Morrison’s shopping trips include loose meat, fish, dairy, or delicatessen items from its Market Street sections, more than double the market average. Over 30% of promotional sales in Morrisons are multibuy offers, requiring the customer to buy two or more items. This is in contrast to its big four rivals which have largely focused efforts on price cuts. Iceland, Co-op and independent stores all received a boost in the early days of the pandemic as people shopped closer to home. In comparison with the highs of 2020, these grocers’ market share has inevitably fallen this year but all three retailers experienced double digit sales growth compared with 2019.