People are pretty savvy at seeking out best value and retailers are expanding their ranges to help them do this. 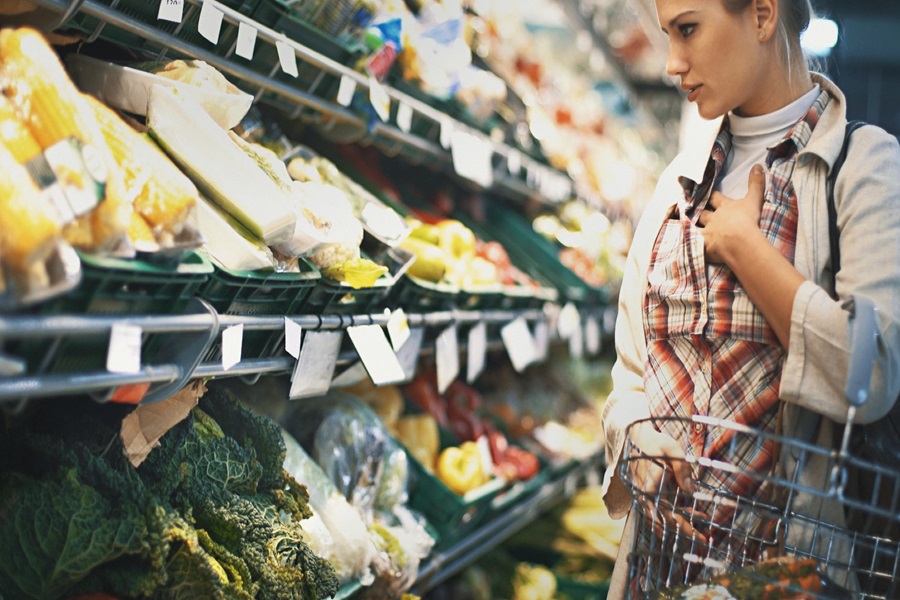 Take-home grocery sales rose by 4.8% in the 12 weeks to 2 October 2022 while grocery price inflation has hit another new peak, according to our latest figures. Grocery inflation now stands at 13.9%, a record high since Kantar began tracking prices in this way during the 2008 financial crash.

The cost-of-living crisis is still hitting people hard at the checkouts and this latest data will make tough reading for many. Based on our numbers, the average household is facing a £643 jump in their annual grocery bill to £5,265 if they continue to buy the same items. Taking that at a basket level, that is an extra £3.04 on top of the cost of the average shopping trip last year which was £21.89.

Of course, consumers are looking for ways to manage budgets and to avoid paying more for their shopping. We are generally reluctant to change what we eat, so this is more about sticking to the food we know and love while hunting for cheaper alternatives like supermarkets’ own label goods. We are not seeing dramatic evidence of diets changing. For example, while frozen veg sales have gone up slightly, there has not been a big switch away from fresh products, which are still worth ten times more. However, one standout from the data this month was the surge in marmalade sales by 18% as the nation paid its respects to the Queen.

Sales of supermarket own label lines continue to grow as consumers move away from branded products. Own label sales increased by 8.1% this month, while branded items declined by 0.7%. Shoppers are also finding other ways to get the items they want for less. People are pretty savvy at seeking out best value and retailers are expanding their ranges to help them do this. We have seen grocers making a virtue of visually imperfect fruit and vegetables in recent years, allowing them to carry on offering the fresh products consumers want but at a cheaper price. Many shoppers have been converted and sales of ranges like Tesco Perfectly Imperfect or Morrisons Naturally Wonky were up collectively by 38% this month.

While imperfect products offer environmental benefits by helping to cut food waste, our new data suggests that the scale of price rises is trumping sustainability concerns for many people. Nearly one year on from the COP26 summit in Glasgow, consumers’ commitment to the environment is coming under pressure in the face of financial worries. The proportion of British shoppers who try to buy products with more environmentally friendly packaging has slipped to 59%, down from 62% last year.* Currently 13.5% of all fruit and vegetables are bought loose rather than pre-packed, so that’s still less than the 15% level we were at just before the pandemic.

With an eye on rising energy bills, shoppers appear to be searching for cheaper ways to cook as they try to avoid using their ovens. Sales of cooking appliances including slow cookers, air fryers and sandwich makers, which generally use less energy, are up by 53%. Meanwhile sales of duvets and electric blankets have grown by 8% while candles increased by 9%, suggesting people may be preparing for possible winter blackouts.** 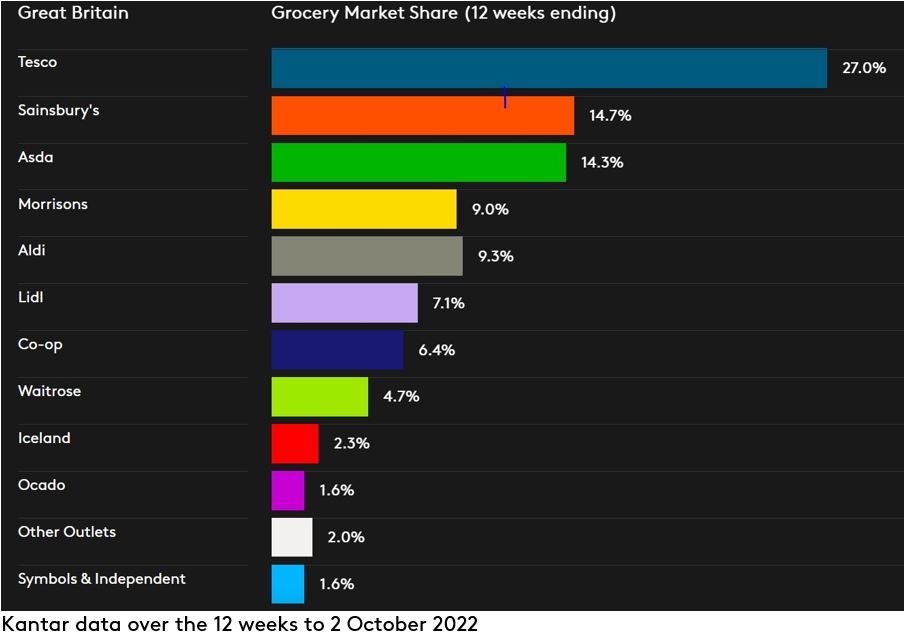 Asda led the way among the biggest traditional supermarkets, boosting sales by 4.5%. It has done particularly well to attract new shoppers over the latest 12 weeks, bringing an additional 417,000 customers through its doors compared with last year. The retailer’s new Just Essentials range continues to help it drive growth with nearly two thirds of its 15.2 million shoppers picking up at least one item from the line.

Sales at Sainsbury’s rose by 3.0% and at Tesco by 2.5%, while Morrisons saw sales fall by 3.9%. Both Iceland and Ocado grew by 5.3%, slightly ahead of the market to maintain their market shares at 2.3% and 1.6% respectively. Convenience retailer Co-op also held market share flat year-on-year at 6.4%, with its sales growing by 3.3%. Waitrose’s market share is now 4.7%.

*Data from Kantar’s ‘Who cares? Who Does?’ report based on a sample of 11,929 British consumers. Fieldwork undertaken in May 2022. %s are those who agree and strongly agree.
**Figures in this paragraph are Kantar Worldpanel Plus total retail data for the 4 weeks ending 4 September 2022.