As Brexit uncertainty intensifies, our Grocery Market Share figures show year-on-year supermarket sales growth of 1.9% during the 12 weeks to 24 February 2019. 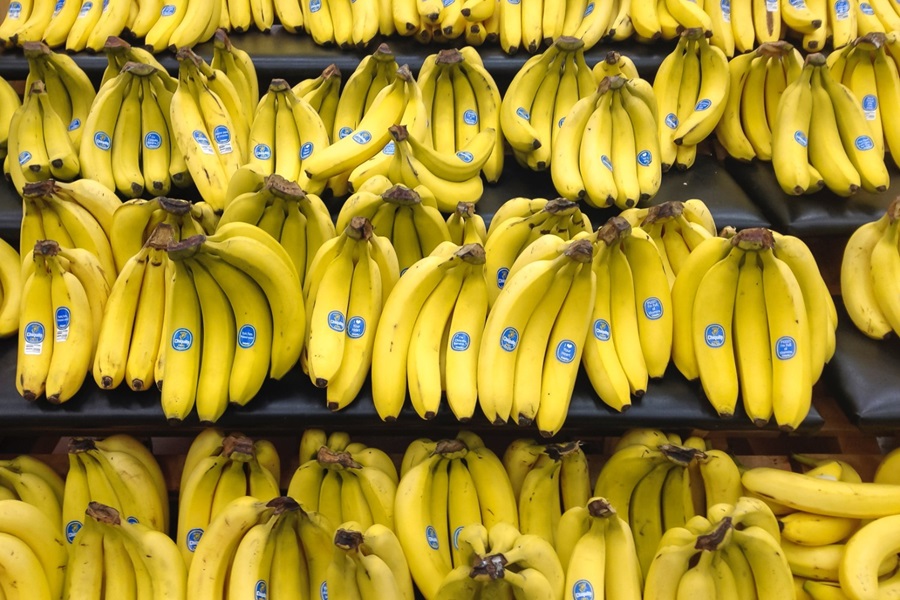 Despite one in ten shoppers saying they have started stockpiling groceries and a further 26% reporting that they are considering doing so, this has not been borne out in sales just yet. Overall grocery volumes rose by 1.2% in the 4 weeks to 24 February, no increase compared with recent months, and it’s worth noting that hard-to-stockpile fresh and chilled foods made up 39% of the value of the average British shopping basket.

Aldi was the only retailer to report double-digit growth during the past 12 weeks, increasing sales by 10.0%. Aldi capitalised on the most romantic day of the year: in the past there may have been bit of a stigma about treating your loved one from a discounter – that just isn’t the case anymore. Planning for the perfect date night, 10% of the population bought chocolate, wine, steak, shellfish or a chilled dessert from Aldi during the week of Valentine’s Day, helping it increase market share by 0.6 percentage points to 7.6%.

Co-op attracted an additional 244,000 shoppers through its doors to help boost sales by 3.6% and increase its share of the total market to 5.9%. Visitors to the convenience retailer spent £13 million more on fruit, vegetables and salads and £10 million more on both dairy products and soft drinks compared with the same time last year.

Asda and Sainsbury’s now have a potential combined market share of 31.2% as they await the final CMA ruling on their proposed merger. Asda continued its run of uninterrupted growth since April 2017, increasing sales by 1.0%. Own label lines at the supermarket continued to outperform brands and an increase in the number of online shopping trips helped boost growth overall.

Sainsbury’s sales fell by 1.0%, reducing its market share by 0.5 percentage points to 15.7%. Despite this, its premium Taste the Difference range proved popular – sales rose 4% and the products found their way into a quarter of all Sainsbury’s shopping baskets.

While Morrisons’ market share dropped slightly to 10.5%, sales were up 0.8%. Morrisons sells 43% of its goods on promotion – a higher proportion than any other supermarket. However, the gap is closing – the supermarket sold £45 million less through deals than the same period a year ago.

As Ocado’s new partnership with Marks & Spencer** was announced, confirming they will jointly supply the retailer’s products from 2020, sales at the online specialist rose by 3.4%, holding market share at 1.2%.

Waitrose reported growth of 1.0%, its strongest performance since August 2018. There is greater overlap between the Waitrose and Ocado customer bases than those of any other grocers – 41% of Ocado shoppers also visited Waitrose in the past 12 weeks. It remains to be seen how many of these are more loyal to the Waitrose product range and how many value the Ocado delivery service specifically – with or without its original partner.

Lidl’s sales increased by 5.4%, with an increased market share of 5.2%. Meanwhile sales at Iceland rose by 1.7%, with the retailer holding market share at 2.2%.

Following reports that Amazon has been looking into convenience store sites in London, shoppers could soon be seeing its cashless Amazon Go format in the UK for the first time. If the online giant does make a move into British bricks and mortar, it certainly makes sense to look in the capital in the first instance. The London convenience store market is worth £1.4 billion annually in take home groceries alone and the current rate of growth is 13%. Amazon already has an established customer base in the region, with 10% of its current FMCG shoppers living within the M25 and a further 25% in the South of England.

** Marks & Spencer performance is not recorded in these grocery market share figures.

These findings are based on Kantar Worldpanel data for the 12 weeks to 24 February 2019. Kantar Worldpanel monitors the take home grocery purchasing habits of 30,000 demographically representative households across Great Britain. Kantar Worldpanel grocery market share data includes all expenditure through store tills, excluding petrol and in-store concessions. All data discussed in the above announcement is based on the value of items being bought by these consumers.

Findings related to stockpiling are based on the responses of 7,008 adults (aged 18+) in Great Britain. The survey was conducted through the Shoppix app between 1 and 3 February 2019 by Kantar Worldpanel Plus.

For all publicly-quoted data, users of our research (including media) must ensure that data is sourced to ‘Kantar Worldpanel’.

Grocery inflation now stands at +1.4%† for the 12 week period ending 24 February 2019. Prices have been rising since the 12 weeks to 1 January 2017, following a period of grocery price deflation which ran for 30 consecutive periods from September 2014 to December 2016. Prices are rising fastest in markets such as cola, crisps and vegetables, while falling in instant coffee, fresh sausages and fresh bacon.