UK shoppers went all out this Christmas

Brits capitalised on the opportunity to celebrate by trading up, returning in-store with renewed confidence, and splashing out on Black Friday. 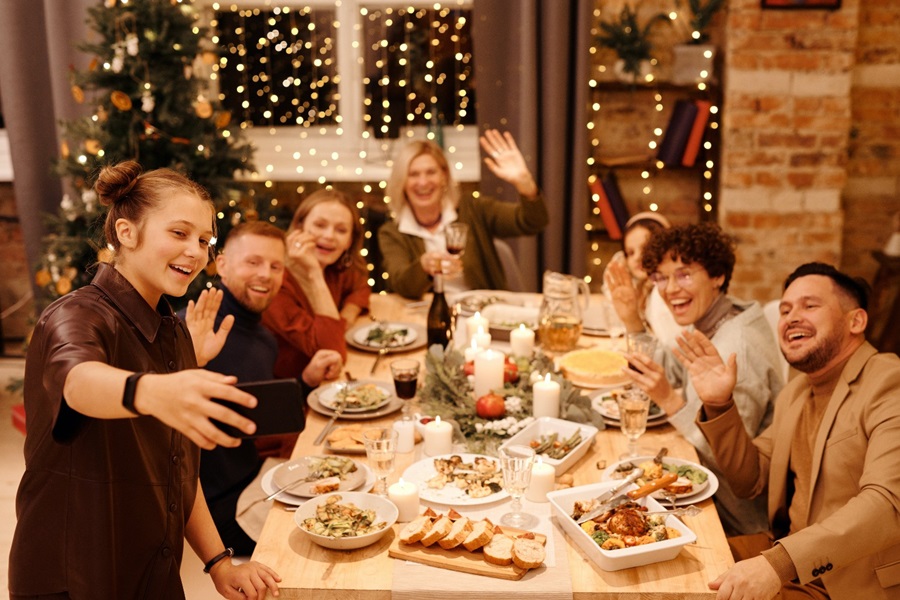 With COVID-19 restrictions eased during 2021, people looked forward to celebrating with loved ones and making up for lost time. Shoppers treated themselves to premium options and were more confident shopping in a physical store, ramping up their grocery shopping till Christmas Eve as they prepared for larger gatherings.

Total grocery sales hit a near-record breaking £11.6bn in December – down 0.9% vs an exceptional 2020 but up 12% vs 2019. Shoppers also geared up for their Christmas shopping in advance by cashing in on Black Friday, which brought in more sales than Christmas this year.

Here is a deeper look at the three key behaviours that emerged this Christmas:

According to our LinkQ survey, one third of people wanted their Christmas to be more extravagant in 2021 than ever before. A big contributing factor to shoppers trading up this year were the sales of premium own-label products, which broke records this Christmas. Shoppers spent £627 million on supermarkets’ own upmarket lines – an increase of nearly 7% vs 2020 and 23% vs 2019.

Sparkling wine sales grew 22%, as Brits spent £15.5m this season on fizz. The theme of extravagance also followed in gifting, with the top performing sectors including high-end tech and electronics.

The appetite to splash out, along with prices increasing due to inflation (+3.5%), pushed grocery spend up, which shoppers mitigated by buying in lower volumes. While fewer people bought the traditional Christmas categories, they spent more on what they did buy. And this year, the cost of the typical Christmas dinner rose for the first time in four years.

2. Supermarkets saw an influx of shoppers

More people shopped in-store this year, leading to online sales falling nearly 4% in December against the same period last year. With Christmas on a Saturday, shoppers were encouraged to shop till the last minute, and even with all the talk of disrupted supply chains, consumers remained confident in retailer availability this year, making Christmas week the most valuable for grocery in 2021. Food and drink spend peaked at £2.7bn between the 20 and 23 December, with 23 December being the busiest shopping day of the year – and seeing the highest number of in-store visits to supermarkets since March 2020.

People not only shopped more often, they also shopped around more at different retailers – reminiscent of pre-pandemic behaviour. This resulted in average store loyalty falling nearly 5% compared to its peak in Christmas 2020.

In terms of non-food categories, shoppers took advantage of Black Friday deals to get ahead on their Christmas lists. Black Friday saw £906m more in sales of general merchandising vs previous months, resulting in an uplift of 25%; whereas Christmas saw £541 more.

According to our LinkQ survey, 38% of respondents bought something in the Black Friday sales, almost half of which (44%) was Christmas presents. Online was critical for Black Friday, as shoppers on average spent £80 on general merchandising that week alone.

If you would like to understand more about shopper behaviour and retailer performance, and uncover opportunities for your business, get in touch with our experts.

Read: Grocery sales surge in December as Brits splash out on Christmas