Could Amazon Prime Music dethrone Spotify in the UK in 2022?

Amazon narrowed the gap between it and Spotify during Q4 2021, with a growing proportion of new subscribers. 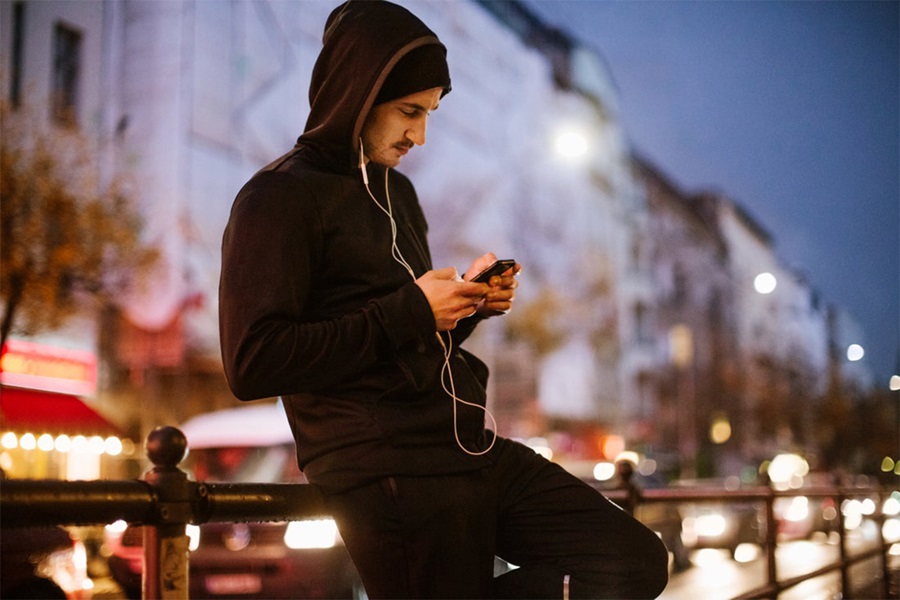 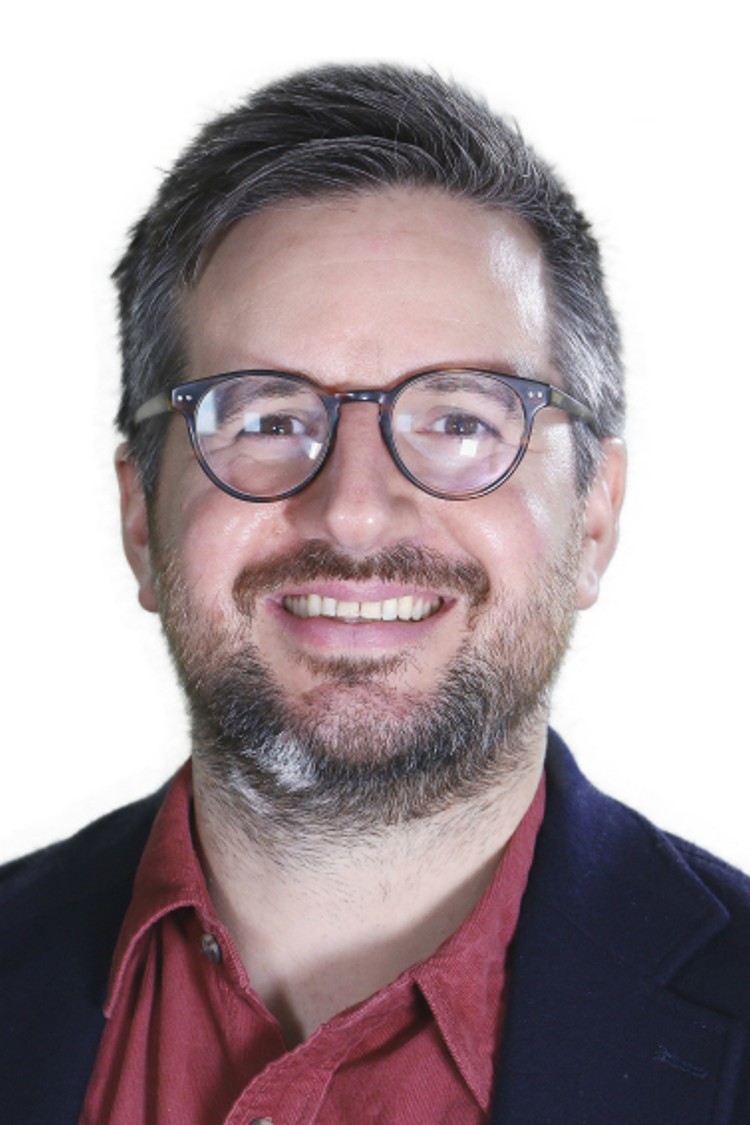 Get in touch
TechnologyMediaConsumer Shopper & Retail

Kantar’s Entertainment on Demand study into the UK’s music habits has uncovered the following trends: 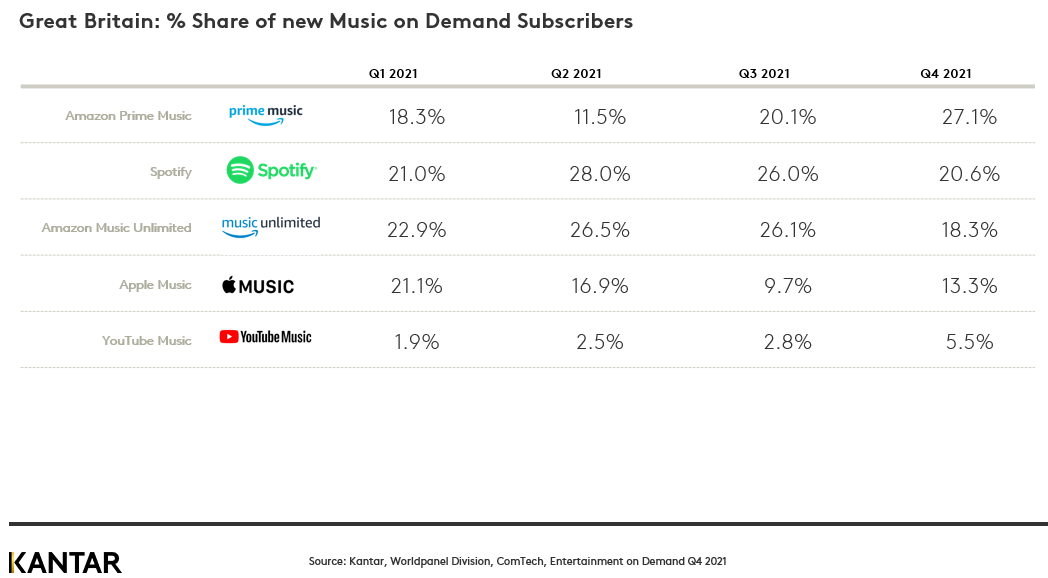 Amazon experienced a solid Q4 2021 performance for both of its music streaming platforms, with 45% of new music subscriptions in the UK either going to Amazon Music Prime or Amazon Music Unlimited. Spotify is struggling to keep up with this level of market penetration, only able to capture 21% of new subscribers.

A key to Amazon’s recent success is its over-indexing amongst the older demographics. Its new subscribers are more likely to be in a post-family life stage than those of any other platform, with Post-Family Retirees indexing at 138. In comparison, this is a demographic in which Spotify are under trading, with an index score of 75.

One area of potential gain for Amazon could be to convert more of its current Prime subscribers to sign up to its music platform. Only a relatively small proportion of Prime Members use Prime Music; winning over these consumers could be a simple way for Amazon to narrow the gap between it and Spotify even further.

In the wake of Neil Young removing his music library from Spotify following a dispute involving podcaster Joe Rogan, Spotify’s numbers for the current quarter will be looked at with keen interest across the music industry. The artists that are available to listen to on music streaming platforms is the 2nd most important feature for people when they are choosing a subscription service, only behind “value for money”. In contrast, only 1 in 6 Spotify subscribers actively listen to podcasts, and podcasts are 11th on their list of most important features.

Although Spotify has only lost a handful of artists’ collections over the last few days, more artists could be tempted to remove their music from Spotify if there is another incident, which could be a cause for concern for the streaming giant.

What can Spotify do?

Although Spotify has been losing out on attracting new subscribers, it can take comfort in its loyal and satisfied customer base. Spotify’s Net Promoter Score (NPS) of 37 is the highest of the market, and a metric they have led in since our survey began at the start of 2020. 82% of Spotify’s subscriber based have been subscribed for over 2 years, the largest of any platform and 10 percentage points above the market average.

This large and consistent group of subscribers should ensure that, if platforms do start to lose subscribers due to people trying to save money, Spotify should not be affected as heavily as other platforms. Rivals who are more reliant on consumers with more than one subscription in the category, such as YouTube Music and Deezer, are more likely to see the negative effects of consumers trying to save money.

Will squeeze on disposable income lead to cancellations?

With rising inflation and a national insurance increase coming in at the start of Q2 of 2022, UK consumers will be looking at where they can start to save money, and this may include cutting down on music subscriptions. Almost 1 million people said they are planning to cancel at least one of their premium subscription Music on Demand (MoD) services in Q4, the highest planned cancellation rate for the whole of 2021. As mentioned, this could put pressure on platforms who are more reliant on stacked subscriptions, potentially requiring them to pull out all the stops to prevent a mass exodus of subscribers.

2022 could be a year in which the British MoD market sees a reduction in the average number of subscriptions, making the task of market acquisition and churn harder for all platforms to manage. Looking back on recent data trends and understanding what strategies to employ will be the key to success this year.

Reach out to our experts if you require any further information.