Our GB TGI consumer data shows that in the six months before the initial COVID lockdown (Oct 19-March 2020) 82% of adults claimed to make contactless payments, whilst in the six months afterwards (April-September 2020) this grew to 89%. Both figures represent a considerable increase on claimed contactless usage of 70% two years ago.

Over three-quarters of adults who use contactless claim to make payments by debit card, whilst 22% claim to do so via smartphone/tablet and 4% by smartwatch. Whilst adoption of contactless has been growing strongly in recent years, the proportion of users paying with a smart device rather than a card has remained relatively subdued, although it is more prominent amongst 15-24 year olds. 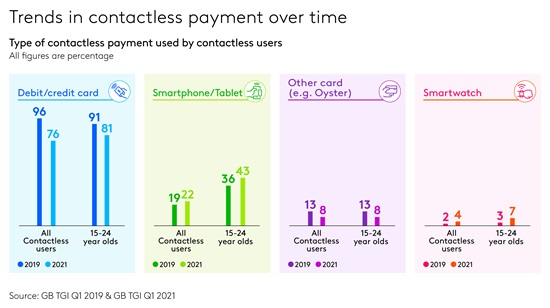 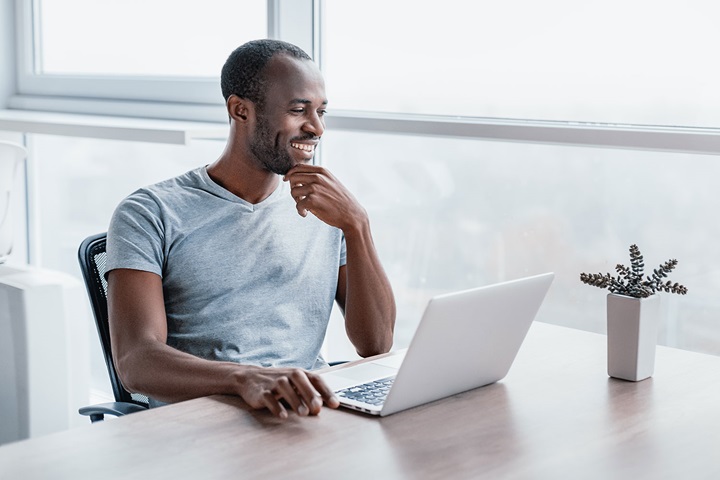