Take-home grocery sales in the UK rose by 12.2% during the 12 weeks to 24 January 2021, an acceleration on the Christmas period. 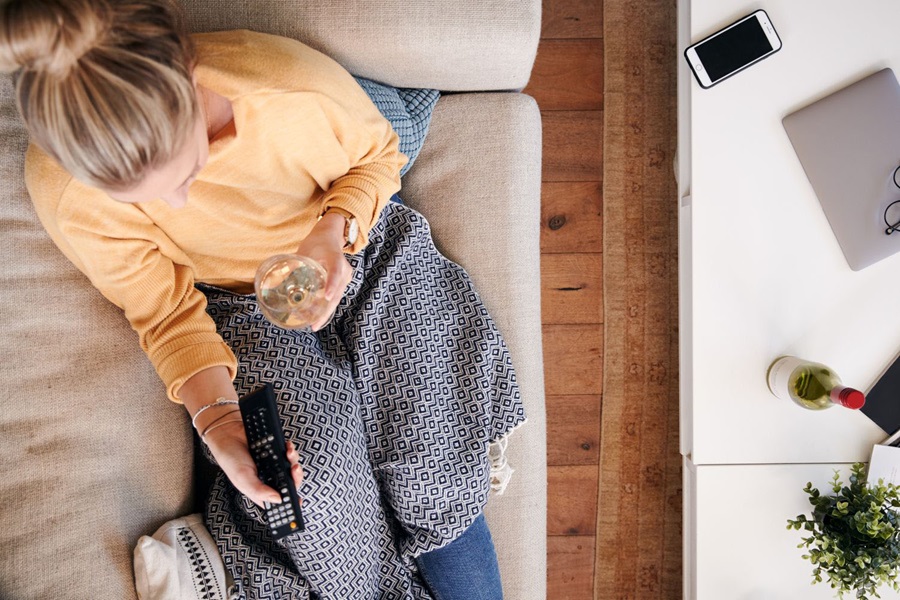 The latest figures from Kantar show take-home grocery sales rose by 12.2% during the 12 weeks to 24 January 2021. This was an acceleration on the Christmas period, as the reintroduction of national lockdown restrictions and the closure of cafés, restaurants and pubs saw eating out of the home curtailed once more. In January alone, shoppers spent £1 billion more on supermarket food and drink items compared to the same four-week period last year.

As well as the usual healthy new year’s resolutions, shoppers also looked to treat themselves in January as a way of coping with another month of restrictions. Vegan-specific ranges were bought by 6.6 million households this month, a 10% increase on last year, as Veganuary helped sales of those products grow by 23% in the past four weeks compared to 2020. Dry January also played a role in increased spend on no-alcohol beer, which grew by 12%. However, many sought to keep spirits high during a tough winter month, and alcohol sales grew overall by £234 million, an uplift of 29% on last year.

This period also captured a unique New Year’s Eve – with many people celebrating the night at home instead of going out or hosting family and friends. Delivery companies such as Just Eat and Deliveroo felt the benefit as more people than usual tucked into a takeaway, and such services accounted for 6% of all online shopping trips on 31 December*.

One year on since the first COVID-19 cases were detected in Britain, clear patterns remain in shopping habits by different age demographics. In the four weeks to 24 January, people under 28, who are typically more open to visiting physical shops, increased spending in larger physical stores by 12%. Over-45s, on the other hand, cut back spend in bigger supermarkets by 1%, and the rapid growth of online shopping, which hit a record share of 14.0% this month, is being led by the oldest demographics. Retired households have boosted their online spend by a staggering 229% compared with January 2020. Older people are clearly getting more comfortable and proficient at ordering online and they now make up 28% of the 6.4 million who used online services in Great Britain this month.

Parents have had a busy month, with many facing a return to homeschooling. The average family spent £50 more on groceries in the month of January than they did last year, stocking up on quick, child-friendly lunch options like fresh pasta, which saw demand increase by 22% among family groups, chocolate spread, which grew by 42% among the same cohort, and peanut butter, which was up 39%.

We expect to see strong growth for all the grocers fall off as we reach the anniversary of the first national lockdown in March. Sales will then be measured against the high volumes recorded in spring and summer 2020. With the vaccine rollout underway, there’s also hope that the hospitality sector will re-open, meaning demand for take-home groceries is likely to subside. Brexit has been another talking point, though steady grocery inflation of 1.3% this month suggests any pricing impact is yet to be felt by consumers.

Convenience stores, including independent corner shops and those operated by the major chains, this month recorded their highest four week ending share of the market since September at 12.9%. Co-op is one of the best-established convenience retailers, and it posted a 12-week ending market share of 6.0% – unchanged from last year – after sales increased by 11.4%. Its new Honest Value line of products added more than £1 million in sales. Independent and symbol retailers meanwhile grew by 20.9%, and accounted for 1.7% of the market this period.

Ocado was once again the fastest growing retailer – with sales up by 36.6%, and market share jumping by 0.3 percentage points to 1.7%. Like Ocado, Waitrose’s premium online offer helped it to grow by 11.3%, while its market share stayed level at 5.0%. Iceland’s strong run continued, with sales up by 21.8%, meaning it has now grown every period since April 2018. Its market share increased to 2.5% in the latest 12 weeks.

Of the big four supermarkets, Morrisons increased sales the fastest, with growth of 14.3%. It gained share for the eighth month in a row, now claiming 10.4% of all sales. Tesco had another strong month with sales rising by 12.2%, in step with the overall market, and it maintained a market share of 27.3%.  Sainsbury’s also posted a solid increase of 12.0%, and Asda’s growth of 9.9% was its best performance since July, helping to narrow the gap with its rivals.  Lidl grew by 12.1%, with market share of 5.9% – the same as last year. Fellow discounter Aldi now holds a market share of 7.4% and its sales were up by 5.7%.