Locked down Brits top up their groceries to the tune of £15.2 billion over the past year

Restrictions on the hospitality sector mean that we’ve eaten an extra seven billion meals at home since spring 2020. 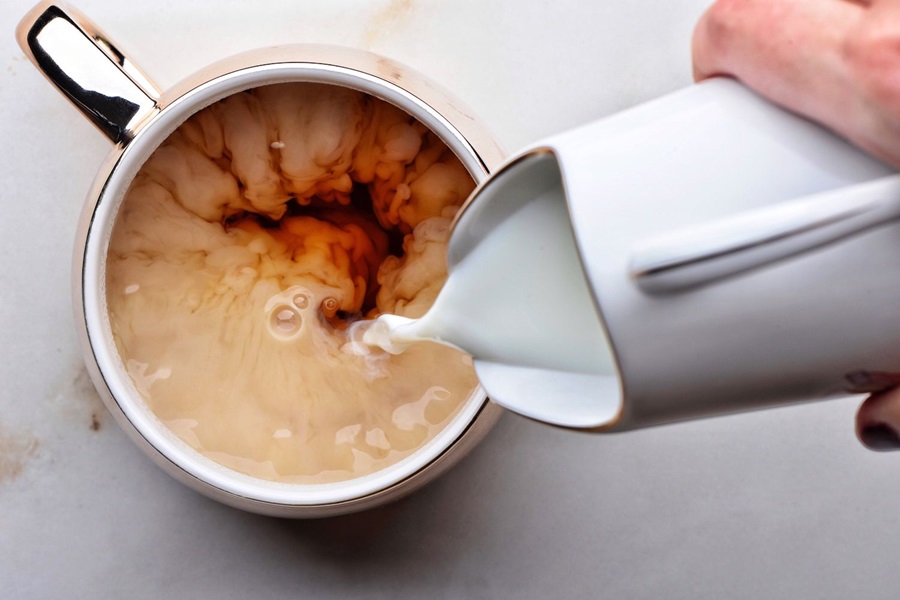 Our latest figures show take-home grocery sales in the UK rose by 12.5% during the 12 weeks to 21 February 2021. Sales were even stronger over the past month, increasing by 15.1%, the fastest rate of growth since June 2020, as the latest national restrictions curtailed spending in cafés, restaurants and pubs.

The pandemic has now been making its mark on our lives and completely changing the way we shop for a full year. Various hospitality restrictions mean that we’ve eaten an extra seven billion meals at home since spring 2020. Office tea rounds, meanwhile, were replaced by brews in our own kitchens... and we drank an additional two billion cups of tea in the house this year.

Overall, shoppers have spent £15.2 billion more on groceries during the pandemic – that’s around £4,800 per household on average, an increase of £500 compared with normal times.

But we weren’t buying more of everything. With fewer social occasions in the diary, personal care has fallen down the agenda, and spending on toiletries dropped by 1%. Liquid soap and hand sanitisers proved to be an understandable exception, and sales grew by 127% over the past year.

Looking more closely at the latest month, online grocery sales reached a new record share in the four weeks to 21 February, accounting for 15.4% of sales, up from 8.7% last year. Nearly a quarter of households bought groceries online during the past month, making the most of home deliveries especially to get hold of bulkier goods like canned foods, breakfast cereals and soft drinks. It’s been an extraordinary twelve months for online and three million tonnes of food alone have been delivered to people’s homes over the past year.

It’s a habit that seems to be sticking among British consumers, and internet orders now make up an average of 65% of grocery spending each month for people who do shop online. Grocers should take note of the customer satisfaction gap between online and in store – people that buy on the internet are typically 7 percentage points happier with their shopping trip than shoppers at bricks and mortar stores.

Online specialist Ocado boosted its sales by 35.3% over the latest 12 weeks with its market share nudging up 0.3% percentage points to 1.7%. The grocer is increasing in popularity outside of its London heartland and is experiencing the greatest sales growth in the south and midlands of England.

People made the most of what festivities they could enjoy at home this February. Despite everything, or because of it, love was in the air: 3.8 million housebound shoppers bought boxes of chocolates in the week running up to Valentine’s day, a jump of 18% on last year. Shrove Tuesday, which fell over half term this year, provided a much-needed way for parents to keep children entertained over the holiday, and sales of flour and chocolate spreads went up by 50% while syrups soared by 86%.

Tesco had a strong month and grew its market share by 0.2 percentage points to 27.4%, marking the retailer’s first market share gain since December 2016 as its sales rose by 13.2%. The grocer’s success was felt across the business, with online sales, larger supermarkets and smaller convenience outlets all contributing to its strong performance.

Iceland’s market share increased by 0.3 percentage points to 2.5% and its sales rose by 23.9%. The size of the average Iceland basket grew by more than half to £19.93 compared with the same time last year, the fastest rate of increase among all the retailers. Iceland’s fresh and chilled aisles put in a standout performance, supporting the core frozen food lines that make up 39% of its total sales.

With the vaccine rollout underway and a roadmap out of lockdown on the table, the year ahead is set to bring a significant shift away from the nation’s current routine and shopping habits. Many families will be looking to life post-pandemic and, with the Chancellor set to announce his Budget on Wednesday, the 15%* of households that they say are financially struggling will be particularly keen to hear how that may impact their household accounts.

In terms of the grocery market itself, we’ll start to see year-on-year decline following the anniversary of the first national lockdown next month. Sales will be measured against last year’s record spending and comparisons will be tough against the heights of 2020. Demand for groceries is also likely to subside as the hospitality sector re-opens. The more typical sales patterns of 2019 will come to the fore as the most important metric to gauge retailer performance as we emerge from lockdown over the coming months.

Watch ()
*Based on a Kantar (Worldpanel division) survey of 11,634 British households undertaken in October 2020

Get in touch
Related Items
Consumer Goods Panel
We monitor FMCG purchases and trends across all retail channels, through the biggest consumer panels globally.
Learn more
Food & Beverages Usage Panel
Understand what, how, when, where and why consumers are eating and drinking, to make good marketing decisions.
Learn more