Irish grocery sales have fallen by 4.8% year on year. However, growth is still strong compared with pre-pandemic levels, as shoppers get into the festive spirit. 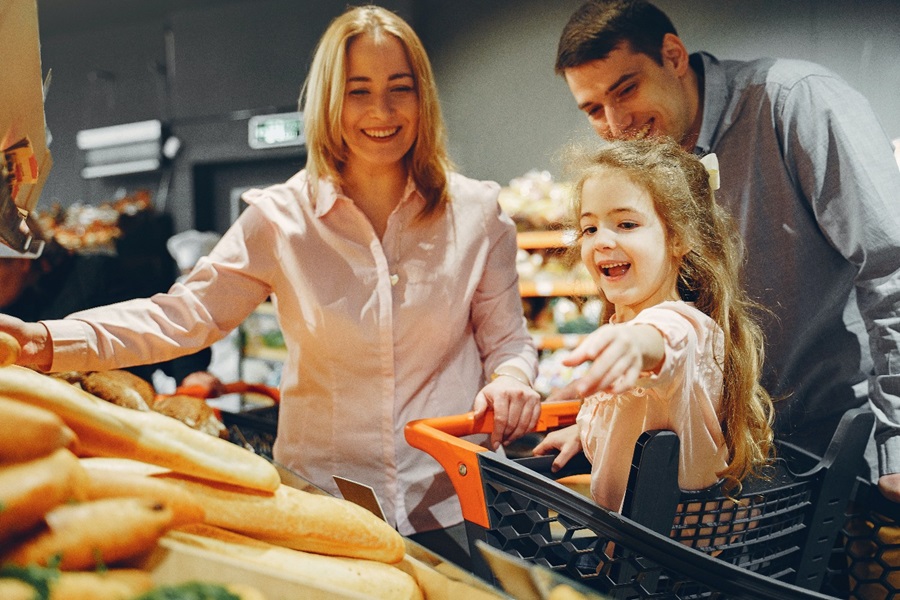 Our latest figures show Irish grocery sales fell by 4.8% year on year over the 12 weeks to 31 October. However, growth is still strong compared with pre-pandemic levels, and sales were up 8.9% versus the equivalent period in 2019.

October brought the full easing of COVID-19 restrictions plus a well-timed bank holiday weekend, and shoppers have been making the most of newfound freedoms. Dining out is firmly back on the table, bringing a welcome boost to the hospitality sector as friends and families returned to bars and restaurants. With fewer meals eaten around the kitchen table, we’ve seen supermarket sales drop by 8.4% in the latest four weeks. Irish shoppers spent €86.1 million less on groceries this month compared with the equivalent period last year when the nation was in lockdown.

The ongoing growth of online grocery, which accelerated when shoppers were locked down at home, shows no sign of slowing down – and sales grew by 2.2% this month. The data suggests that ecommerce has become a lifeline for many people as they adjust to busier routines. Online has won long-term converts but also continues to attract new shoppers, with online shopping novices contributing an additional €1.3 million to the sector’s overall performance.

No dampening of festivities

Fuller schedules has also meant more mixing and socialising with other people, bringing with it the usual seasonal bugs. Health remains at the forefront of people’s minds. As we get back to offices and classrooms, shoppers are taking steps to ward off coughs and colds by stocking up on flu treatments and cough lozenges, which saw sales soar by 56% and 36% respectively in the past month.

Despite viruses circulating, shoppers are throwing themselves into celebrations as the festive season draws closer and the country emerges from lockdown. After months of restrictions, trick or treating was back on the agenda this year and shoppers put in extra effort to mark the occasion. Sales of pumpkins soared by 59% and an extra €2 million was spent on confectionery over the past 12 weeks.

It seems everyone is looking for an excuse to celebrate and Christmas has certainly arrived in the supermarket aisles. With Christmas ads appearing on our screens earlier than ever, and retailers giving seasonal staples a prominent position on shelves, Irish shoppers are getting into the festive spirit. Seasonal biscuits and chocolate proved tempting, with sales growing by 6.2% and 17.4% year on year. Fresh turkey and stuffing also benefited and shoppers spent an extra €280,000 and €192,000 on the Christmas dinner must-haves.

Dunnes tops the table as the largest grocer this period with a 22.6% share of the market. Historically popular during the festive season, Dunnes attracted a significant number of new shoppers through its doors in the latest 12 weeks, adding €24.2 million to its overall growth. A strong homeware offer drove this increase in footfall, and empty nesters making early Christmas preparations were particularly important to Dunnes this period.

Aldi announced an extensive vegan range for Christmas 2021 in a bid to win customers in the coming months. The grocer proved especially popular with young families who spent an extra €200,000 in store. Aldi boosted its market share by 0.4 percentage points to 12.7% over the past 12 weeks.

SuperValu holds a 22.0% share of the market as its shoppers made an average of 20 trips to the grocer over the past 12 weeks, the highest figure among all the retailers. Tesco holds a 21.3% share, helped by the recruitment of new shoppers as well as more frequent visits from existing customers. Lidl held its market share steady at 12.7%.