Take-home grocery sales have risen by 7.4%, a marked slowdown, as UK supermarkets start to annualise sales against the extraordinary spending in 2020. 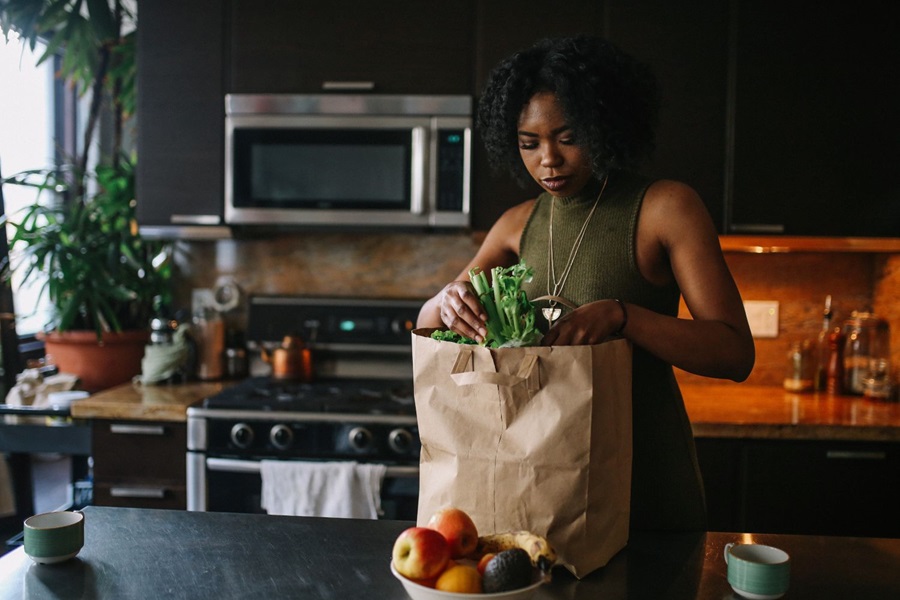 Our latest figures show take-home grocery sales rose by 7.4% during the 12 weeks to 21 March 2021. This is a marked slowdown compared with previous months as supermarkets start to annualise sales against the extraordinary spending in 2020. Sales over the most recent four weeks were down by 3.0% versus the same time last year.

Spring’s arrival signals the start of a really interesting period for the grocery market. The anniversary of the first national lockdown means we begin to compare grocery sales against the record-breaking levels seen in the early days of the pandemic and growth has, perhaps not surprisingly, dipped over the past four weeks as a result. This time last year, Brits were adjusting to schools and offices closing and making extra trips to the supermarket to fill their cupboards for lockdown. To put that into context, shoppers made 117 million fewer trips to the supermarket this month compared with those fraught weeks in March 2020.

Grocery spending remains considerably higher than pre-pandemic levels though. It’s important to look at these numbers within the bigger picture, and two-year growth figures allow us to examine retailer performance amid these moving parts. While grocery growth has slowed against 2020, sales are still much higher than the same 12 weeks in 2019 – up by 15.6%. As restrictions on dining out continue, the average household spent an extra £134 on take-home groceries compared with this period two years ago.

Easter weekend will bring reunions with friends and family for many people, and preparations are firmly underway. Warmer temperatures and lighter evenings mean many of us are planning outdoor get togethers over the long weekend. 61%* of people are looking forward to socialising with friends again and 23% of households are planning to dust off the barbecue if the weather is kind to us. There are signs of people making a special, even symbolic, effort this year and grandparents might be showing up with additional treats after 12 months of restrictions. Shoppers had already spent £37 million on hot cross buns and £153 million on Easter eggs by 21 March – £48 million more than at the same stage last year.

Online grocery growth slowed in the past four weeks, with the first signs that shoppers are returning to physical stores. Online sales were 89% higher than this time last year, which is still impressive, but the channel’s share of the market dropped back to 14.5% from the record of 15.4% in February 2021. Overall, households made 13 million additional trips to the supermarket this month and we’re seeing growing confidence among older shoppers in particular, with 143,000 fewer over-65s making digital orders in March. Now largely vaccinated, this age group increased its trips to bricks-and-mortar outlets by 6.8% – more than double the national rate.

Tesco increased its sales by 8.5% and once again gained share to capture 27.1% of the market, up by 0.3 percentage points compared with the same 12 weeks last year.

In the month that CEO Roger Burnley announced he will be standing down later in the year, Asda grew ahead of the market and edged up its market share from 15.0% to 15.1%. Morrisons’ sales growth of 8.7% meant a share increase of 0.1 percentage points to 10.1%, while sales at Sainsbury’s rose by 7.3% to hold share steady at 15.3%.

Ocado’s sales jumped by 33.9%, taking market share up to 1.9% from 1.5% a year ago. Meanwhile, discounters Lidl and Aldi, which have not benefited from the boom in online sales during the past year, grew by 2.9% and 1.5% respectively.

Co-op boosted its sales by 7.1%, with its shoppers visiting an average of 22 times during the 12 weeks. Iceland’s sales increased by 14.3%, with particularly strong growth among families with children, while sales at Waitrose rose by 5.1%

Read: Locked down Brits top up their groceries to the tune of £15.2 billion over the past year