Colin Kaepernick is among the greats when it comes to his jersey. 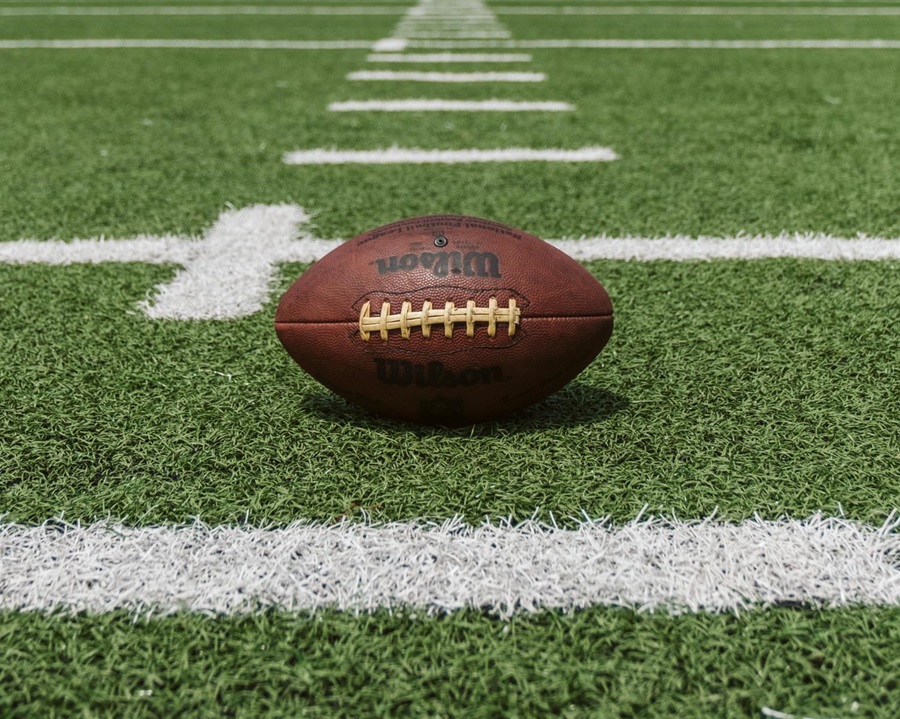 If interest in a jersey is any indication, controversial former NFL player Colin Kaepernick is more popular now than ever, according to paid search advertising data from Kantar Media.

We analyzed estimated U.S. Google desktop text ad clicks on the keyword ‘kaepernick jersey’ June 2014 through September 2018 and found an interesting trend across three distinct periods: Kaepernick’s pre-controversy player days; the height of his controversy after he began sitting or kneeling during the pre-game national anthem to protest police violence against African Americans; and his apparent renaissance in recent months. 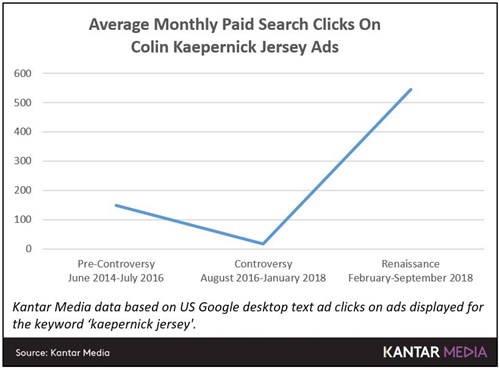 From June 2014 through July 2016, when Kaepernick was simply an active player on the San Francisco 49ers, paid search ads displayed for the keyword ‘kaepernick jersey’ averaged 148 clicks per month.

After Kaepernick began his pre-game demonstrations, clicks on ads for his jersey dropped precipitously. In fact, average monthly paid search clicks on ads displayed for the keyword ‘kaepernick jersey’ fell by 89%, to just 16 clicks per month, from August 2016—when he first began his public protest during preseason games—all the way through January 2018.

Since February this year, however, paid search clicks on Kaepernick jersey ads have jumped to an all-time high, despite the fact that Kaepernick has not been a player in the NFL since 2016, as well as the fact that he is seemingly as controversial as ever. From February through September 2018, ads displaying on the keyword ‘kaepernick jersey’ averaged 546 clicks per month, a 3,312% increase over the prior 16 months after his controversy began, and a 269% increase over the 25-month period we measured prior to his controversy.

To provide some perspective on the relative popularity of Kaepernick’s jersey, we compared paid search activity on the keyword ‘kaepernick jersey’ to jersey keywords for a selection of current, popular NFL players, including Tom Brady, Aaron Rodgers and Cam Newton. Although Kaepernick has not played in the NFL in nearly two years, we found that US Google desktop text ad clicks and product listing ad clicks on Kaepernick jersey ads topped all of the other players over the last 90 days. 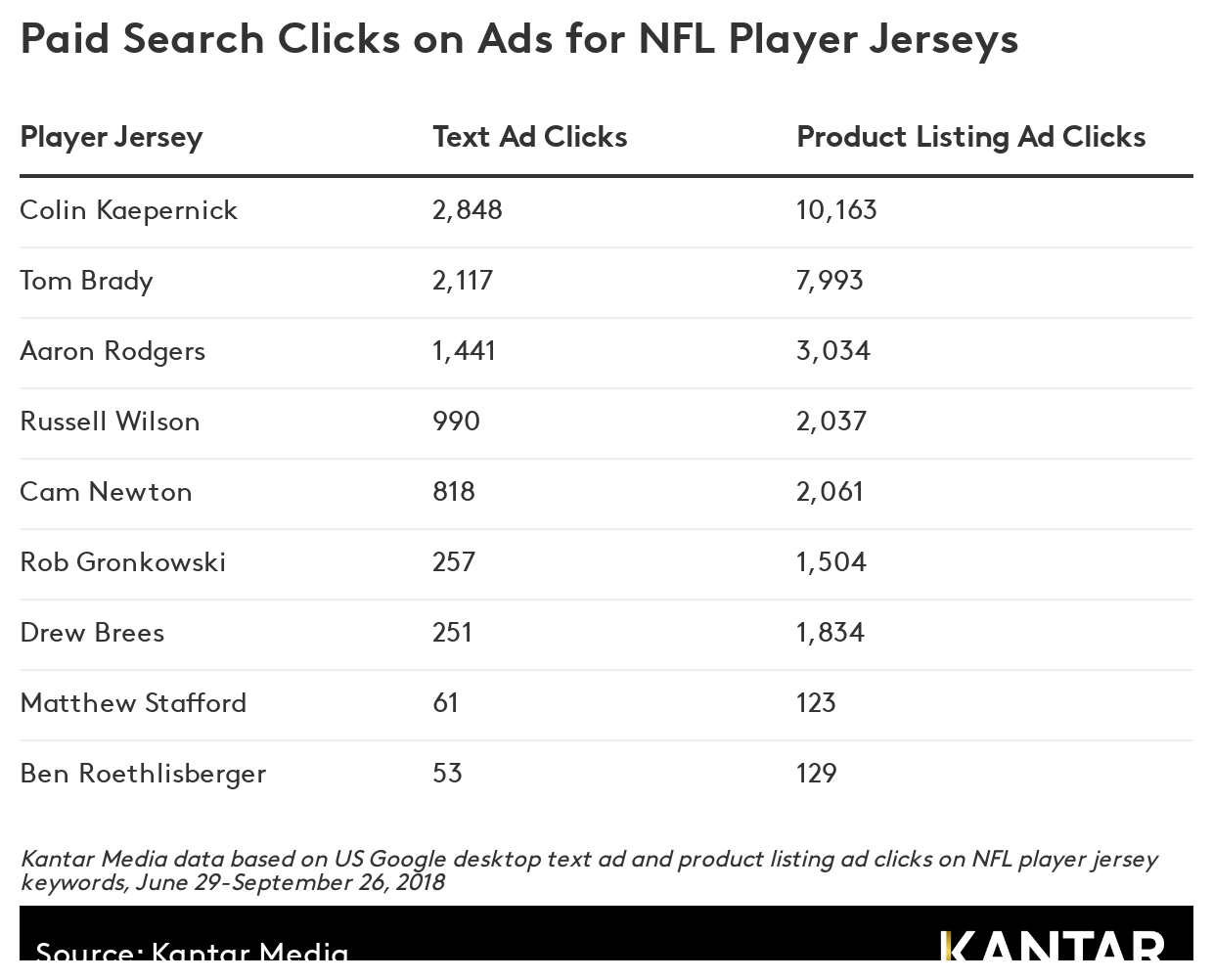 Then again, it may not be appropriate to compare Kaepernick with other NFL players. Along with the overwhelming social media response to his recent Nike ad campaign in September, consumers’ paid search activity over the last 8 months is just one more indicator that Kaepernick has transcended his status as a sports personality and become a national figure in American culture and public discourse.