The trend of second-hand shopping is increasing on both sides of the Channel, but where are buyers making their vintage purchases? 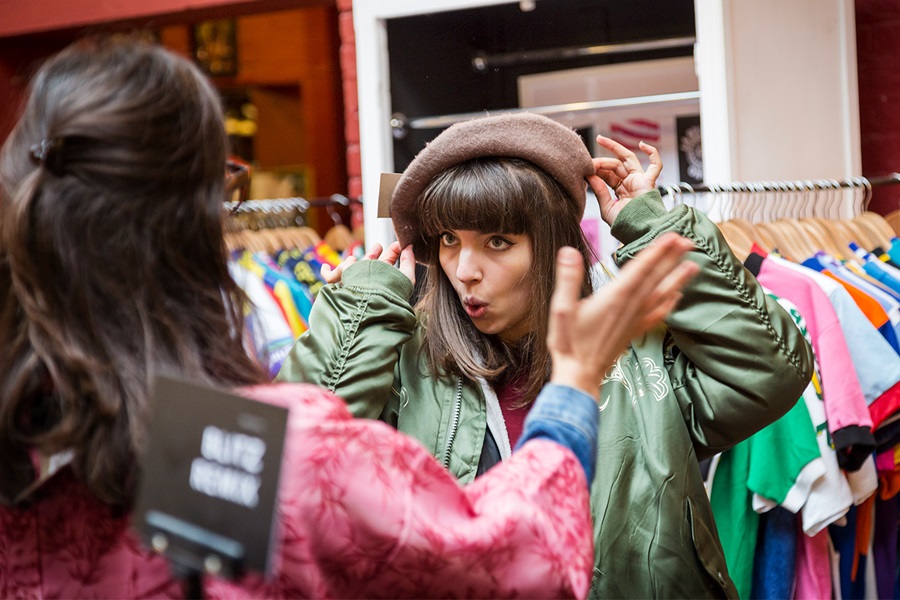 But, as ever, each side of the Channel is finding a different way to experience the benefits of previously owned clothes. In France, the business has gone online and the market leader is Vinted, which has been used by 71% of purchasers, compared to just 26% who have visited a traditional flea market.

In Great Britain, by contrast, the charity shops are regarded as the best place for sustainable clothing by 38.9% of shoppers, with online second-hand stores chosen by just 26.7% of buyers. eBay and Depop remain front of mind for consumers in the UK, but Vinted is gaining traction, having embarked on an aggressive TV and digital advertising campaign since Christmas.

Despite these differences, both markets are showing signs of growth. In France, the percentage of fashion budgets going towards second-hand purchases has increased from 8.4% in 2019 to 9.3% in 2020, for example. And with a high churn of commercial real estate on the British High Street, the opportunity for resale players to take on temporary residencies and pitch pop-up shops could help to buoy footfall, as well as the second-hand market, in the post-pandemic recovery.

It’s still a minority pastime, however: 29% of French shoppers bought second-hand in 2020, while 41% of British shoppers buy second-hand, with 7.1% doing so frequently.

British shoppers, by contrast, are much bigger donators of clothing, with 89.9% giving clothes to good causes, either via clothing banks, charity shops or other collection channels.

The reasons for purchase remain largely financial: 69% of French shoppers do it to save money and 35% are attracted by the chance to get quality clothing for less. But environmental motives are growing, with “to limit waste” up 10 points year on year to 46%. In Great Britain, 20.9% of second-hand shoppers buy pre-loved items to be sustainable.