Since the onset of the pandemic in Spain, the hygiene category has grown revenues by almost 5%, while beauty has fallen by nearly 17%. 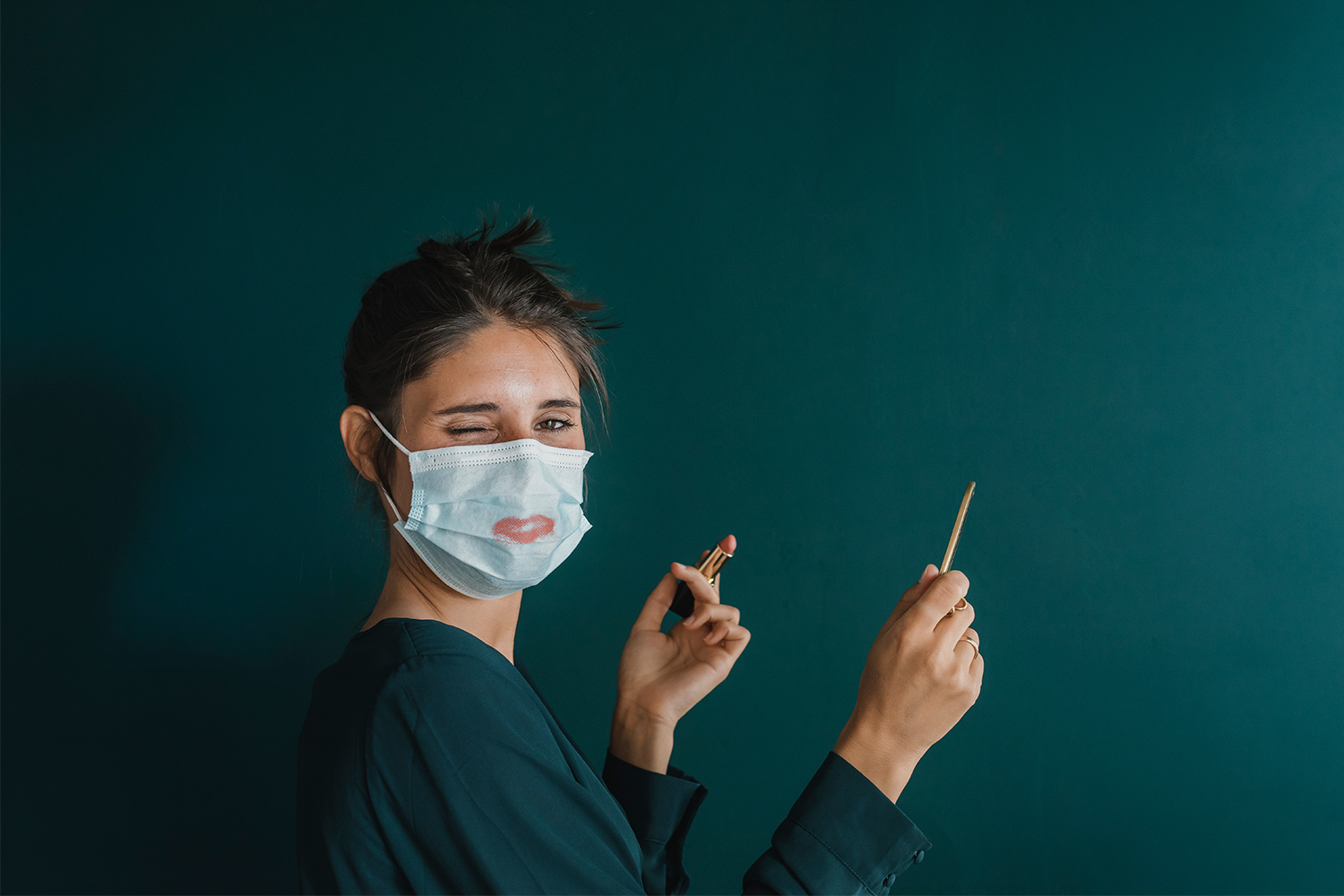 One sector that has already begun to notice the effects of the “new normal” is the beauty industry. After the free fall of sales revenue during lockdown, which showed a decline of 18.8% from the previous year, there are now signs of recovery as the decline has levelled off to only 2.4%.

This is a sector that the consumer never truly gives up on, although one in which they do control their spending. This can be seen in the fact that throughout this year no shoppers were lost, in fact, the sector has gained 1.6% shoppers to reach 32 million.

The profound transformation of social habits led to major changes in shopping with consumers placing a greater focus on hygiene. Since the onset of the pandemic in Spain hygiene has grown revenues by almost 5% while beauty – consisting of perfume, skin care and cosmetics – has fallen by nearly 17%. Perfume and cosmetics have suffered the most due to their association with leaving the house.

The luxury segment has been among the worst affected, losing one-fourth of sales revenue and 20% of the shoppers they had in 2019. 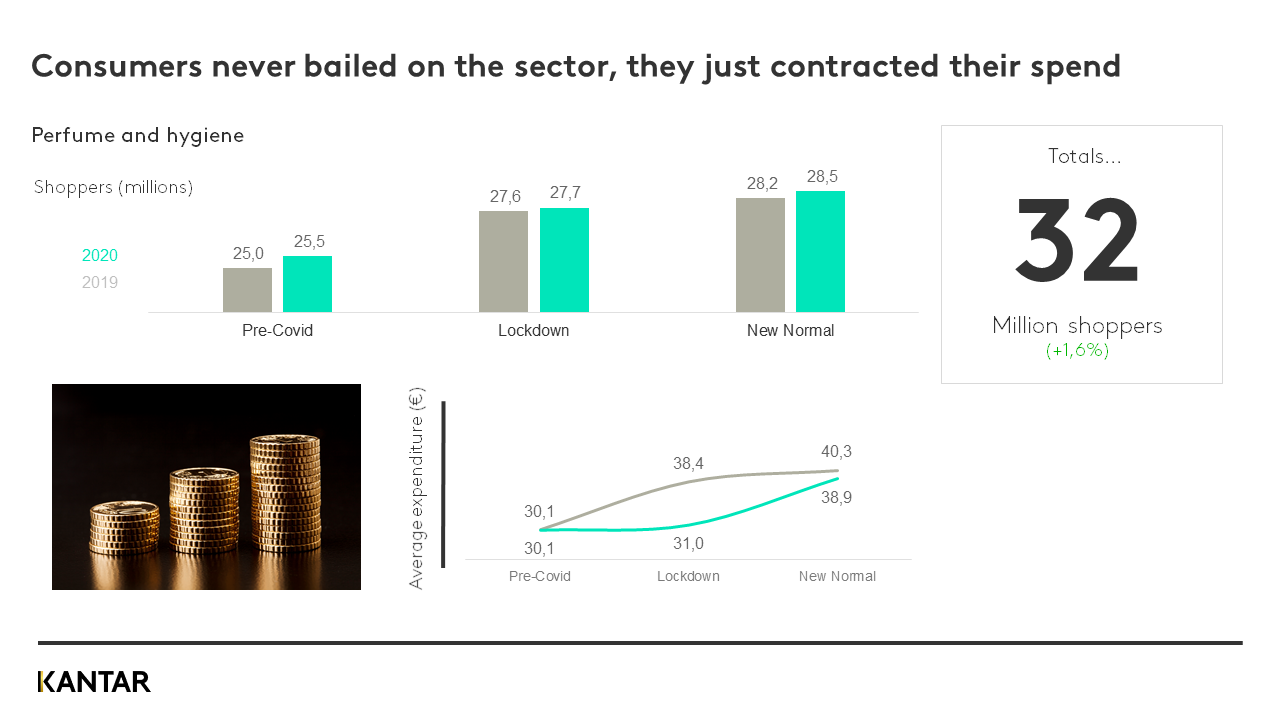 New opportunities for the sector

As in other areas, the online channel has emerged as the big winner from this health and economic crisis. It now has 50% more shoppers than in 2019 and 6.3 million people in Spain have made an online purchase from at least one personal care category so far this year. The closing of brick-and-mortar shops has contributed to this, and the online share of the personal care sector has reached 10% of the market.

However, the channel structure for this sector has been shaken up. Perfume shops have not regained their pre-pandemic slice of the market. Supermarkets only had three points more share than perfumeries prior to the lockdown while now they outstrip them by 18 points.

Key months are on the horizon for the beauty sector, and especially the luxury category, as 44% of the year's sales revenue is at play. Annual shopping events such as Black Friday and the Christmas season will be of maximum importance: around a quarter of luxury shoppers only buy at this time of year.

At these times the main category, which is perfume, typically secures more than 40% of its sales revenue. Seven out of 10 units are purchased as gifts, and last year, 14% of purchases were made via the online channel. That means it all comes downs to gift-giving and ecommerce playing a very significant role in salvaging the year.