The number of trips made in April increased by 4% compared to March, with older shoppers accounting for nearly half of the increased footfall. 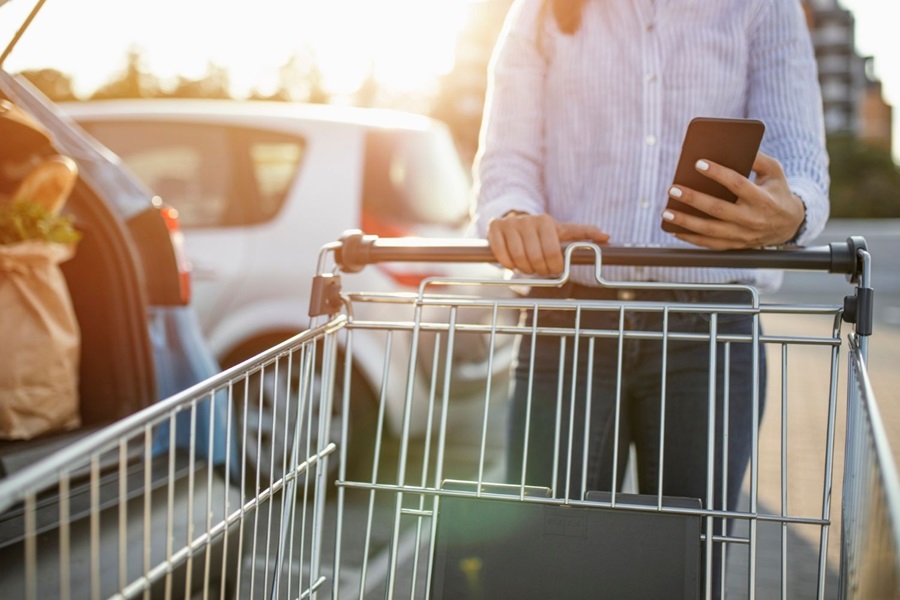 The latest figures from Kantar show take-home grocery sales rose by 5.7% during the 12 weeks to 18 April 2021. The most recent trends suggest that consumer confidence is increasing, as the successful vaccine roll out and relaxation of social restrictions have encouraged more people to visit physical stores and spend time with friends and family. In the four-week period to the same date, growth accelerated to 6.5%.

There is a growing sense that the worst of the pandemic is behind us, and people are becoming more comfortable with venturing out to the supermarket. The past four weeks have been the busiest in store for the grocers in more than a year, as the number of trips made in April increased by 4% compared to March. With much of the over-65 community now vaccinated, older shoppers accounted for nearly half of the increased footfall.

The return to overall sales growth in the latest four-week period also reflects what was happening in April 2020, a highly unusual period for grocery shopping. After the initial pre-lockdown rush, this time last year was comparatively quiet. Shoppers chose to buy locally and limit their trips to store where possible, which is reflected by strong growth a year later. While the market may fluctuate between growth and decline in the months ahead, depending on the year-on-year comparison being made, the fact that trip numbers are up and basket sizes down suggests that habits are slowly returning to normal.

April also saw the long-awaited reopening of pubs, restaurants and non-essential retail in some parts of Britain. Early signs suggest that shoppers were particularly eager to visit fashion retailers, and on 12 April spending on clothes was double the typical pre-pandemic level, as well as being greater than when stores reopened after the first lockdown in 2020. The return of wider retail and hospitality will naturally have a knock-on effect for the grocers. For example, sales of alcohol grew by just 1% in the latest four weeks, as people now have the option of eating and drinking out of the home again. That said, the easing of restrictions was clearly a cause for celebration at home too. Take-home sales of sparkling wine increased by 48%, suggesting that many raised a toast with friends and family in the garden or the park.

The number of people shopping online in the past month fell for the second time in a row. The share of groceries ordered via the internet in the most recent four weeks slipped to 13.9%, down from a peak of 15.4% in February. While online is still growing strongly, at 46%, the rate is half what it was at the height of the pandemic. Convenience stores – both independents and those owned by major retailers – were also particularly popular during the first lockdowns and, against such comparisons, it is unsurprising that sales have fallen by 19% in the past month.

Co-op, the most prominent convenience retailer, saw sales decrease annually by 3.1% over the 12 weeks, following its particularly strong performance this time in 2020. In comparison with a more normal 2019 however, sales are up a formidable 16.2%. It’s a similar story for independent stores and symbol retailers, with year-on-year decline of 13.3% masking the fact that sales are considerably higher than two years ago.

Asda leads the big four as footfall returns to stores

Asda is the fastest growing of the big four retailers for the first time in nearly two and a half years. Its larger stores were visited less often by shoppers looking to stay local in the early days of the pandemic, but footfall has now returned strongly. Asda’s share of the market increased by 0.4 percentage points to 14.8% this period, on the back of 8.0% growth.

Grocery inflation currently stands at -0.3%, falling for the first time since December 2016. There has been a lot of talk about grocery prices this year, and shoppers will welcome the news that like-for-like take-home grocery prices are lower than in 2020. This is largely down to promotions, as retailers prioritised filling shelves over running deals last year. Compared with April 2020, an extra £582 million of groceries were sold on offer, most of which were straightforward price cuts.