Almost 80% of urban families now shop for FMCG online, with Pinduoduo reaching a third of the population. 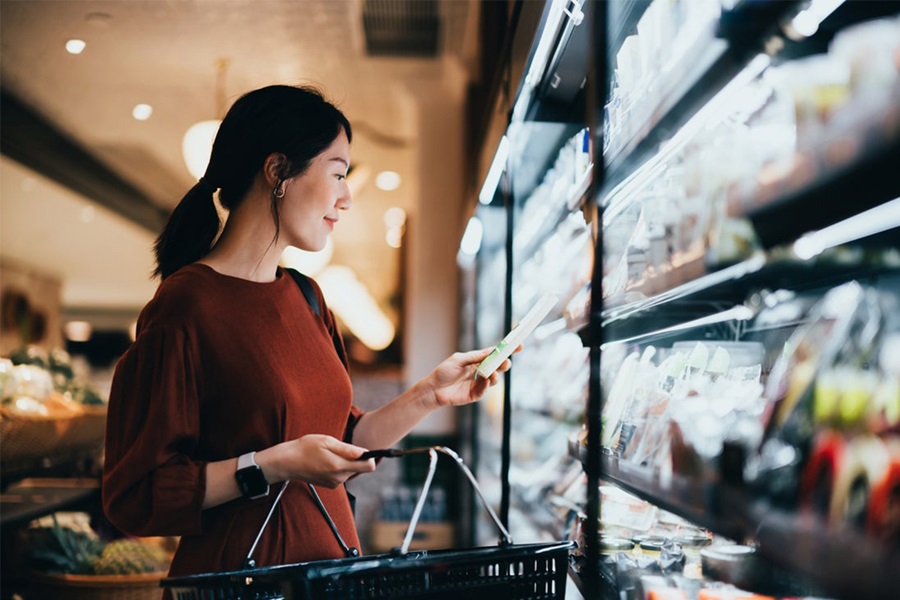 The sales value of the FMCG market in Mainland China was up 7.2% in the 12 weeks to 28 January 2022, compared with the same period last year. This was partly due to the effect of an early Chinese New Year, which led to a surge in spending.

Small/mini supermarkets outshone other modern trade channels, and became the second-fastest growing channel in the market, with 12% year-on-year value growth. This confirms the strength of proximity channels in Mainland China, as the country enters its third year of ‘new normal’ under the pandemic.

Hypermarket and ecommerce retail group Sun Art still leads the market with a value share of 8.5%, which is a slight downward trend from its 8.8% growth of last year. In contrast, Walmart Inc. outpaced its rivals by gaining an additional 0.2% share of spend, driven by the strong performance of its chain of members-only warehouse stores, Sam’s Club.

Yonghui Superstores has managed to stabilise its share over the last 12 weeks, maintaining the 5.5% of value it held in the same period last year. Its latest trade update also indicates that its store sales recorded growth of 1.6% in the first two months of 2022, confirming early signs of success with its omnichannel digitalisation strategy.

Over the past 12 weeks, close to 80% of Mainland China’s urban families shopped online, with ecommerce platform JD.com and online marketplace Pinduoduo continuing to grow share at the expense of Alibaba. Pinduoduo now holds the second largest consumer base in the country, with penetration of 32.1%. 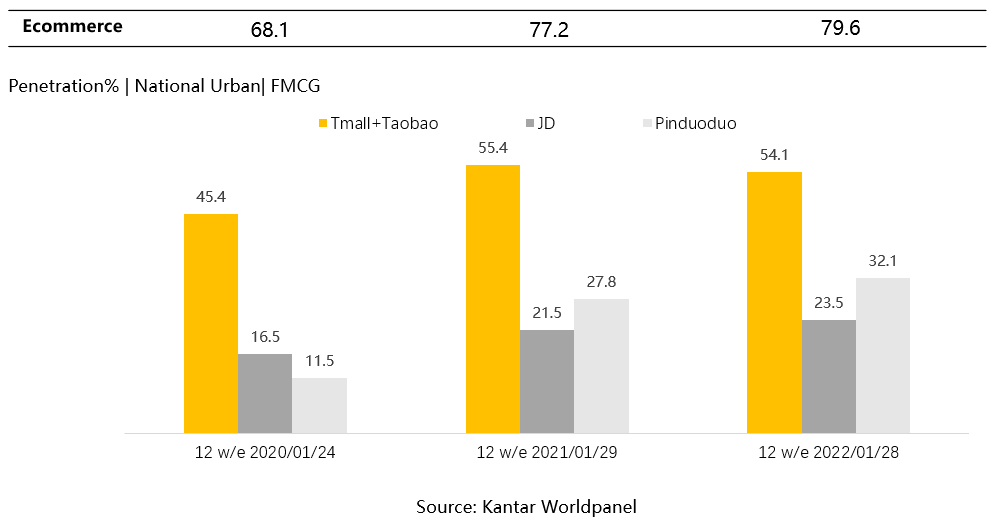 Meanwhile, helped by improvements in logistics and supply chain capacity, online purchasing increased by 15.7%. This suggests that accelerating shopper acquisition in lower tier cities will continue to be the enduring theme to win in ecommerce in 2022.

Get in touch
Related solutions:
Consumer Goods Panel
We monitor FMCG purchases and trends across all retail channels, through the biggest consumer panels globally.
Learn more