One thing that unites Asia’s markets is the fact that the retail landscape is rapidly evolving and changing. 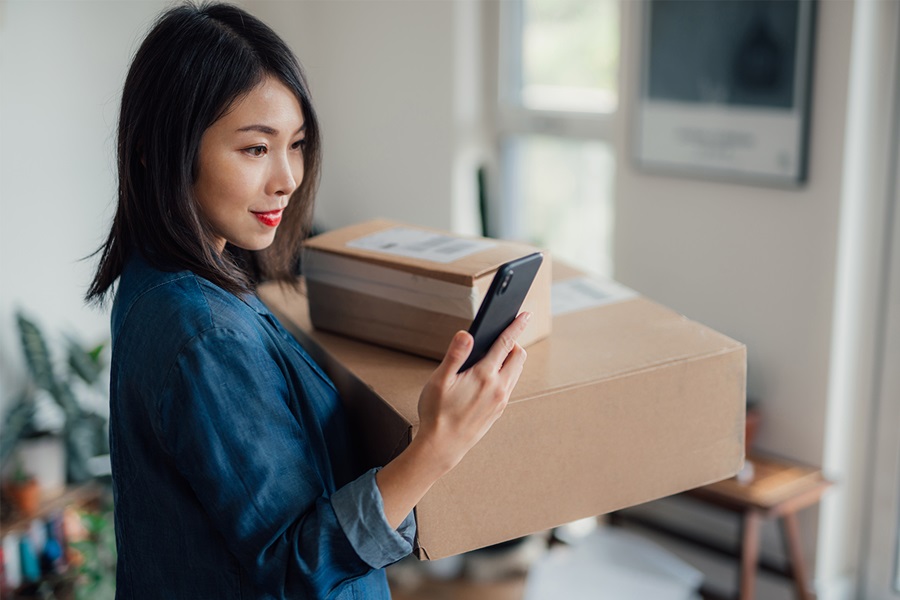 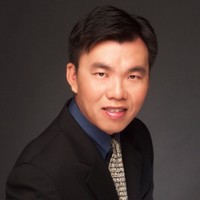 The changes in retail in Asia aren’t just related to the pandemic, although that’s had a huge impact. The impact of technology and behavioural changes is also being felt across the region.

Winning Omnichannel in Asia reveals that Southeast Asian shoppers, for example, were already reducing their FMCG shopping frequency pre-pandemic but that behaviour has been accelerated, making the rewards of being chosen for retailers and brands even greater.

How the pandemic accelerated ecommerce

The rise in ecommerce has been another change accelerated by the pandemic and, in North Asia, it increasingly dominates the retail scene, even now growing at more than 25% a year. It’s the biggest contributor to growth within North Asia and right now almost one in four dollars spent on FMCG is going online.

By contrast, in Southeast Asia, this channel is still in its infancy, although new households and rising frequency are fuelling rapid growth, with penetration peaking at 45% of households in Malaysia. 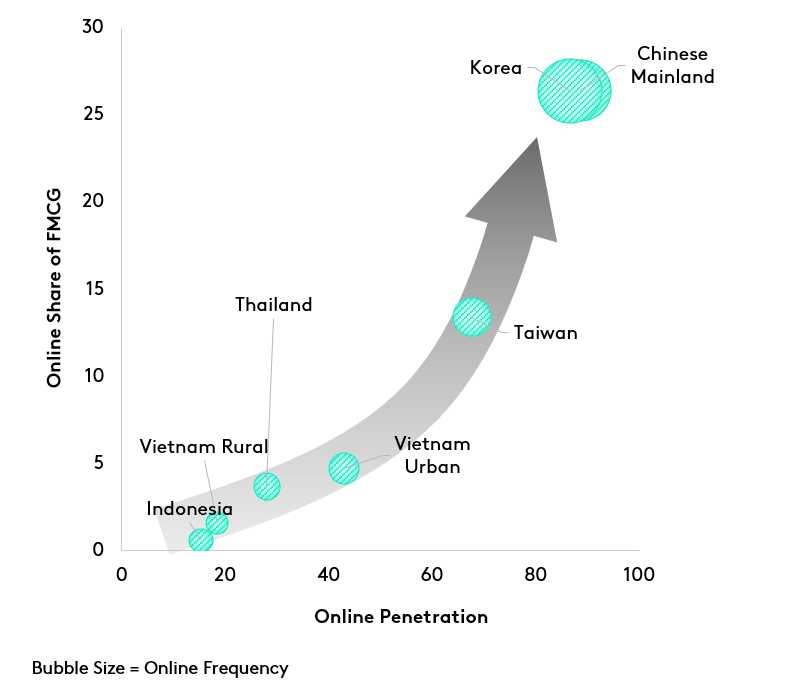 Brands may fear that ecommerce success is largely driven by deep discounts and constant promotions, but Winning Omnichannel in Asia reveals that ecommerce actually has a positive, incremental impact on total FMCG value sales. In other words, households are spending more on FMCG as a result of ecommerce.

Items from the Beauty and Personal Care categories are the ones that shoppers buy most online, especially facial care products such as moisturisers and make-up, whilst baby diapers are a popular choice for time-poor parents. As ecommerce usage develops, shoppers tend to buy more homecare categories, including bulky laundry items such as detergents and fabric conditioners.

The future of bricks and mortar

For all the noise around ecommerce, however, it’s worth remembering that 80% of FMCG value is still bought offline in Asia. And although more shoppers are coming online, they are not dropping offline from their repertoire completely.

The rise of online is, however, making some offline channels more relevant, shifting spend across channels. In Winning Omnichannel in Asia we see that big format modern trade is the most severely impacted, down across most markets in Asia, while proximity stores are holding steady.

Traditional trade remains the largest channel in Southeast Asia and is growing – the biggest contributor to FMCG growth across most markets, rising to 85% of value in Vietnam, 68% in Indonesia, 50% in the Philippines and 35% in Thailand. 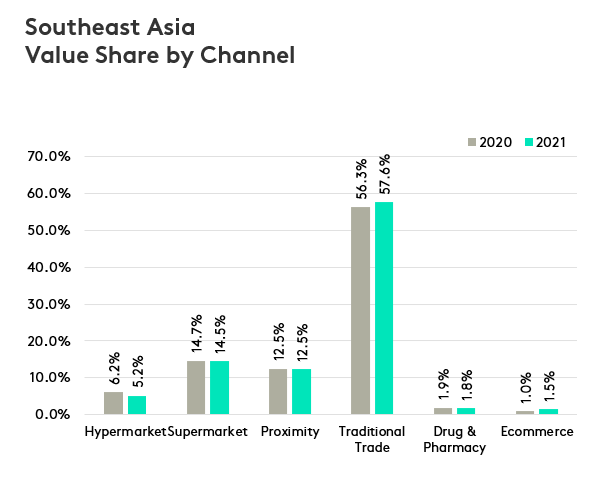 Proximity, either Modern Trade Minimarkets or Convenience Stores, is growing across all markets in Southeast Asia, helping the channel rise above 7% value share in 2021.

In Thailand, the Philippines and Vietnam, the growth of the Modern Proximity channel has even outpaced the growth of total FMCG year on year – a good indication that this channel will continue to remain resilient and grow after the pandemic is over.

Manufacturers need to leverage the fast-paced growth of ecommerce. Key will be having the right recruitment and retention strategy. They should start building capabilities in Southeast Asia now or they risk getting left behind when the channel takes off.

It is also important to ensure sufficiency in traditional trade channels as shopper habits change, identifying the optimal pack-price strategy. Similarly, in Proximity, they need to understand how shopping missions are changing.

Retailers in North Asia need to augment their brick and clicks offer to meet the needs of different shopper segments and habits. In Southeast Asia, online marketplaces or retailers need to focus on expanding reach to connect with rural, lower income shoppers.

Proximity, at least in the short term, is where the growth is... but to truly accelerate growth, it is also important to understand the competition between this channel and Traditional Trade. Retailers need to understand what they are offering shoppers that will entice them into their outlets rather than going to the open trade stall a few metres away.

To get a complete omnichannel view of the FMCG in Asia, reach out to our experts.