Eco-Actives now make up a market segment worth over 18 billion Euros in the FMCG category, equivalent to 25% of total spending. 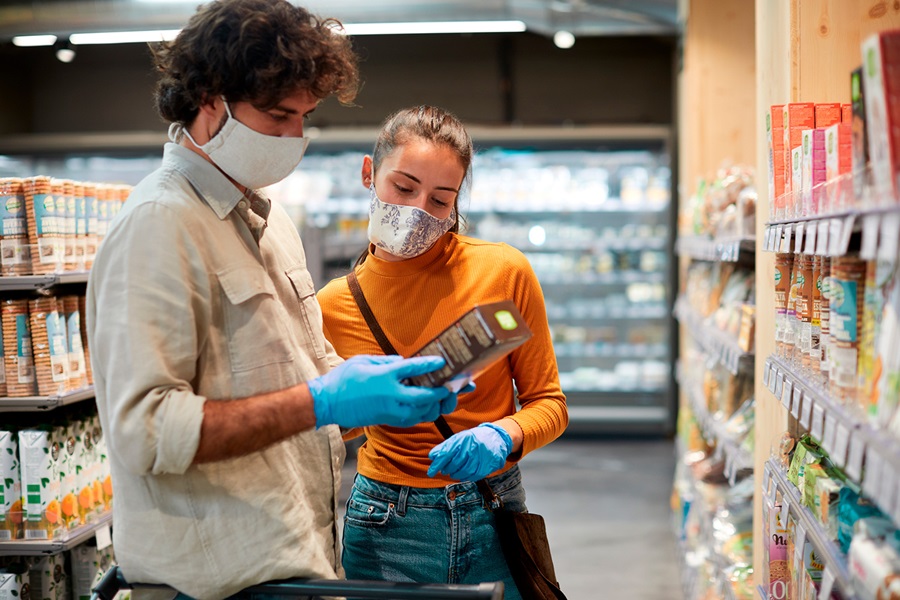 Despite the pandemic, the Spanish have not deprioritised their environmental commitments. The number of people in Spain classed as Eco-Actives has increased significantly over the last year, up 10 points to 24% of the population. Globally this figure stands at 20%, an increase of 4% since 2019. Eco-Actives are defined as those who work to reduce their plastic waste every day and adapt their shopping habits to support this.

The three areas that people in Spain are most concerned about overall are climate change/global warming (24.2%), pollution (12.2%) and water scarcity (9.7%) although the first two did decrease compared to 2019.

During 2020, the biggest growth in environmental concerns was about plastic waste, which rose 3.1% – now 8.5% of the population report being concerned about this topic. In the rest of Europe, Asia and the United States, this is among the top three issues that most concern people.

These findings show that people want to live in a more sustainable world: 46% of the Spanish population admits to being personally affected by environmental problems. The younger generations are playing a key role in driving societal change, as they are a group that is influenced by their partners, friends and parents.

The growing awareness around protecting the environment is also having a direct effect on the purchases made by families, specifically their youngest members. Eco-Actives now make up a market segment worth over 18 billion Euros in the FMCG category, equivalent to 25% of total spending. 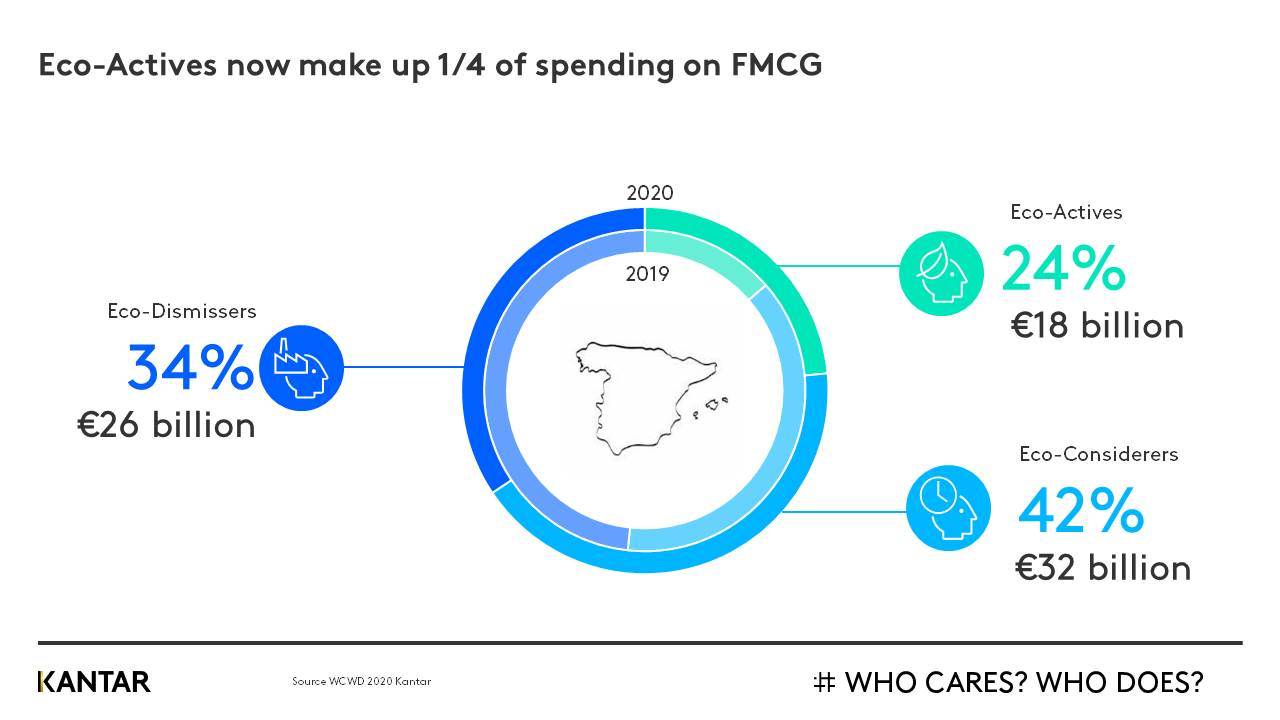 These people shop in accordance with their pro-sustainability stance, and in fact, 43% of the total volume of organic products sold corresponds to Eco-Actives.

Brands are the non-governmental sector from which consumers are demanding the most action to limit environmental damage. Only 14% of Spanish households can name a brand or retailer that does a lot for the environment, which shows there is room for improvement in this area. Although no single solution exists for getting this right, ongoing innovation is essential in order to continue confronting environmental threats and there are commercial benefits for brands that meet this consumer need.