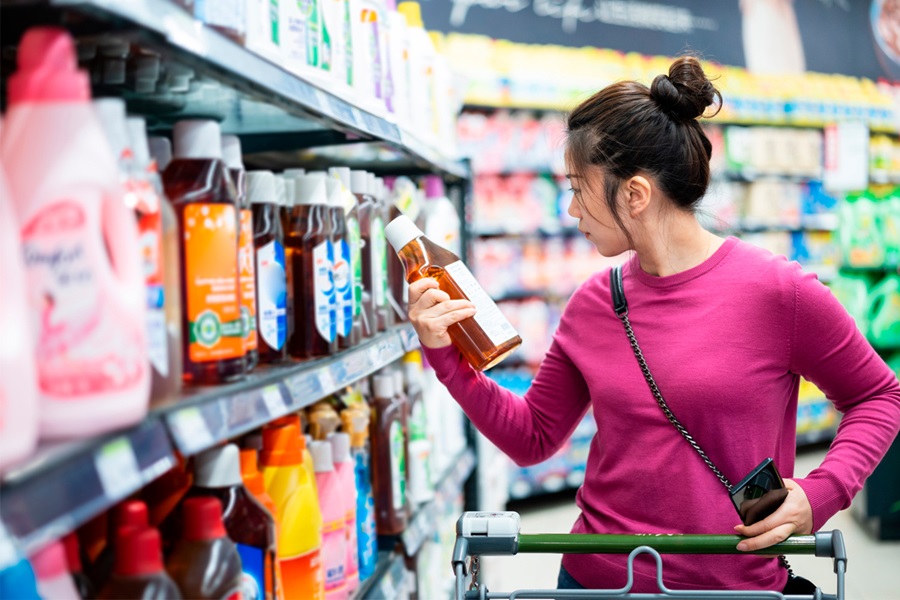 The FMCG market in Mainland China contracted by 1% year-on-year over the 12 weeks to 22 April 2022, following the country’s most recent COVID-19 outbreaks which began at the beginning of March.

According to the latest government statistics, total retail sales in Mainland China fell by 11% during the same period compared with the previous year, a significant deceleration since the first COVID-19 outbreak in 2020. As millions of consumers were confined to their homes, FMCG spend in the four weeks to April 22nd rose by 1.4%, as shoppers stockpiled food purchases but moved away from non-food categories.

Strict restrictions in Shanghai put severe downward pressure on FMCG, with value sales dropping by 19.6% in April, as some food categories experienced shortages due to disruption in supply chains.

As consumers in major cities rushed to stock up their fridges, modern trade channels managed to maintain a steady performance despite store closures under Mainland China’s Zero-COVID policy. Sales value and the volume purchased per trip grew by 2.4% and 2.9% respectively in the latest four-week period, driven mainly by shoppers purchasing more products from the staple food categories, which grew by 9.9% in value.

Among the leading players, supermarkets Yonghui and Walmart managed to maintain their growth momentum from Q1. FMCG spend in Yonghui went up by 3.2% in the last 12 weeks, with members-only Sam’s Club also continuing to report a stellar performance. In contrast, the Sun Art hypermarket chain bore the brunt of market losses due to its focus on Mainland China’s eastern region, which was hit more severely by the disruption caused by COVID. Rising supply chain costs and store closures continue to challenge the profitability of bricks-and-mortar retailers in 2022.

Ecommerce grew by just 1.2% in the latest 12 weeks, due to strict restrictions in the warehousing and transport sectors. In Shanghai, however, ecommerce took another 5.4% share of the FMCG market in the last four weeks, thanks to new group buying shopping formats, which allow neighbours to buy fresh foods and packaged groceries together in bulk via the WeChat messaging app. This helped ecommerce giants like Pinduoduo to attract new users in the city.

Amongst the key ecommerce players, JD continued to advance its penetration, gaining 0.8% in the last 12 weeks, while Alibaba saw a reduction in its buyer base. At a national level, Douyin and Kuaishou continued to recruit new shoppers to buy FMCG products through their platforms, reporting penetration of 12.5% and 4.7% respectively in the latest 12 week period. 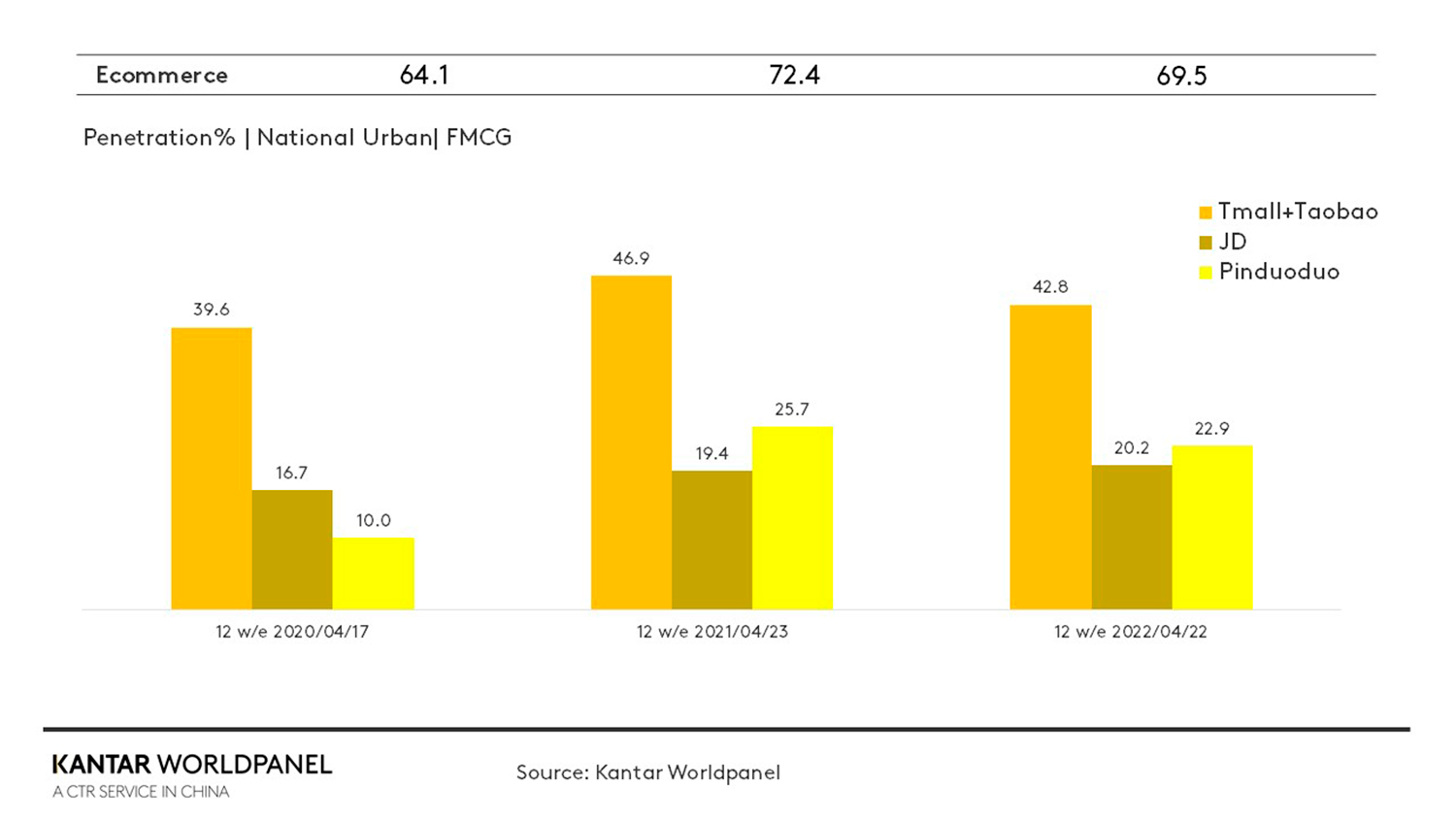 Contact our experts for more insights into the FMCG market in Mainland China, and access our data visualisation tool to explore current and historical grocery market data for the region.