Consumers’ response to inflation is being offset by the end of the pandemic and the recovery of out-of-home consumption. 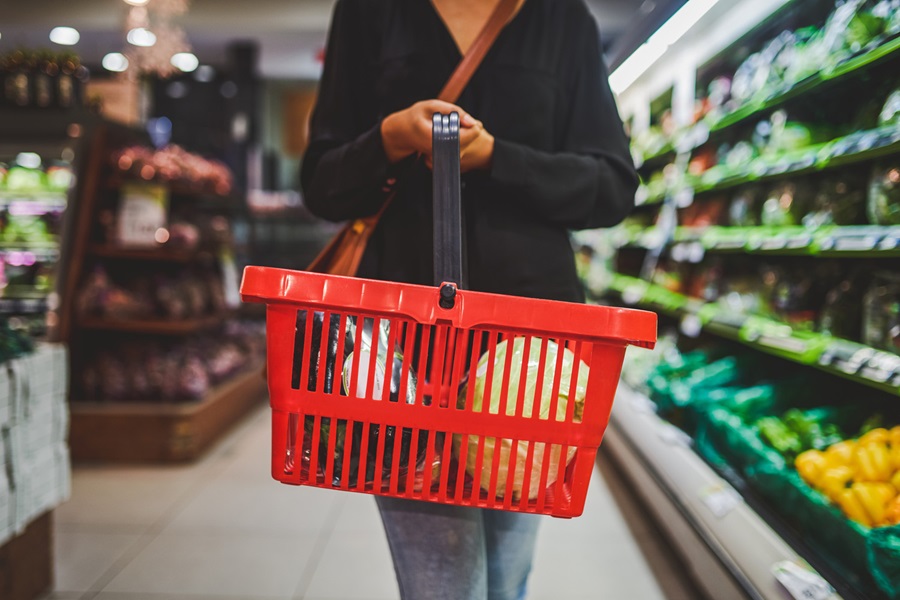 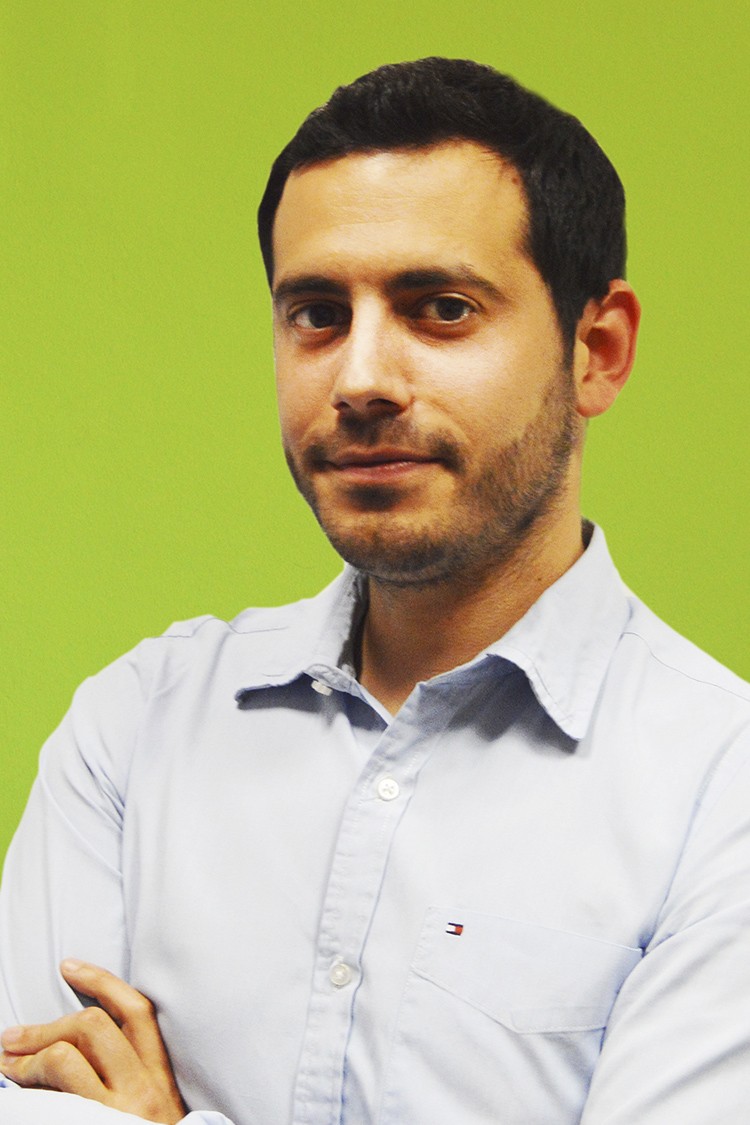 The end of the health crisis in Spain has had a direct impact on retail, nudging the market to gradually return to stability. Total in-home and out-of-home (OOH) FMCG consumption at the end of August was up 5% compared to last year, with growth being spurred on by the recovery of OOH consumption, which rose 19.9% year-on-year. The volume of purchases made for consumption at home is starting to resemble pre-pandemic levels, with a small decrease of -0.3%.

Although 2022 is proving turbulent for consumers, with different factors triggering changes in their habits and also in retailers’ strategies, it's worth noting that the current period of high inflation has not led to a drop in household spending. Where spend has dropped, this is due more to the recovery of the restaurant sector following the end of pandemic restrictions.

In the present context, all retailers have raised their prices, although they are endeavouring to offer affordable options. In particular, their emphasis on own-label brands has helped Mercadona, Carrefour, and Lidl to increase their market share by more than 3 points year on year, and products purchased from these three retailers now make up 41.3% of the total FMCG shopping basket.

The higher prices have hurt traditional distributors of FMCG in Spain, while accelerating the flow towards large-scale retailers, with limited-assortment retailers being the main beneficiaries. In fact, these chains now hold 36.3% of the total market share, a 1.5 point increase in 2021. 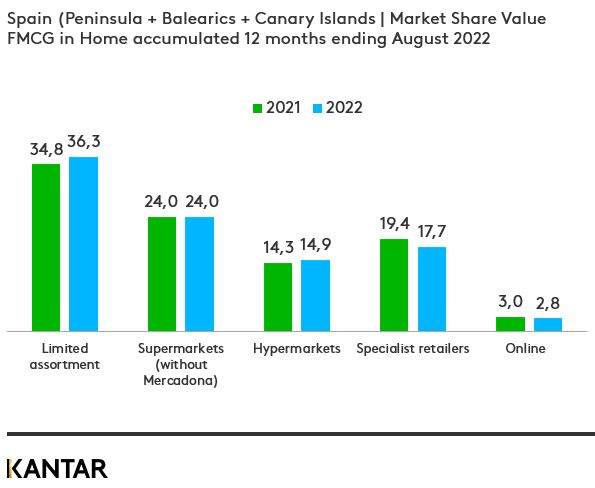 Another shift worth noting has been in the online channel, which is losing ground after two exceptional years. The accrual of new customers has slowed to 28.1%, two points below the previous year.

However, the channel has grown in terms of the number of habitual consumers – those that return time after time – who now comprise 19% of the online shopper base.

Once again, Mercadona, Carrefour, and Lidl are the three highest performing chains, consolidating their position as Spain’s Top 3. Together they account for 41.3% of the total FMCG market, and their number of shoppers and repeat purchasers are both on the increase. However, all three have experienced changes over the course of the last year.

Mercadona (25.8%) has gained the most share in 2022 to date, thanks to a good start to the year. However, growth has tapered off over the last few months, and the chain now faces the challenge of ensuring its shoppers continue to fill their baskets in its stores.

Meanwhile, shoppers are visiting the German discount chains, Lidl and Aldi, on an increasingly frequent basis. In addition to their attractive price positioning, the investments they’ve made in enhancing their store premises and communications are bringing them ever closer to Spanish households. Despite the higher FMCG prices, Lidl (5.8%), has managed to accelerate its growth over the last few months and is becoming an appealing option for shoppers in more and more categories. As for Aldi, it is building its presence as a national retailer, as shown by its 11% share of monthly shoppers.

Amongst the limited-assortment chains, it's also worth mentioning the case of Dia (4.7%), which, after dealing with the overhaul of its fleet of stores, is beginning to show signs of regaining market share due to its proximity to shoppers and a revamped range of own brand products.

Carrefour (9.6%) has emerged as the principal alternative to limited-assortment stores, along with regional operators. The French group is achieving this thanks to its development of different formats and a varied assortment of goods, which have enabled it to reach the highest market share in Spain in its history.

Regional operators, with a positioning focussed on what makes them different, have gained market share even within the context of the price increases. Altogether they account for 16.7% of total FMCG market share, 0.3 points more than in 2021.

Price is just one of many factors that consumers consider

With inflation in Spain reaching 12.7% for the last quarter, according to Worldpanel’s estimates, the importance of price when choosing a place to shop is growing. However, it's not the only factor that consumers take into account: in fact, 7 out of 10 households say it's not the top priority.

According to our data, Spain is expected to enter a period of recession, and the level of motivation buyers are feeling to control their spending as a precautionary measure is approaching that of the last financial crisis in 2013. As we prepare for the coming months, however, we should keep in mind that the FMCG market is extraordinarily resilient, and it’s likely that households will keep a lid on their spending by shifting consumption from restaurants to the home. If this is the case, the last quarter of 2022 will be the best of the year for supermarkets.

Against this backdrop, campaigns at point-of-sale will become more important for retailers when it comes to making the most of a shopper's visit, as they will be making fewer impulse buys overall.

If you would like to learn more, please get in touch with our experts or access our data visualisation tool to explore current and historical grocery market data for your region.