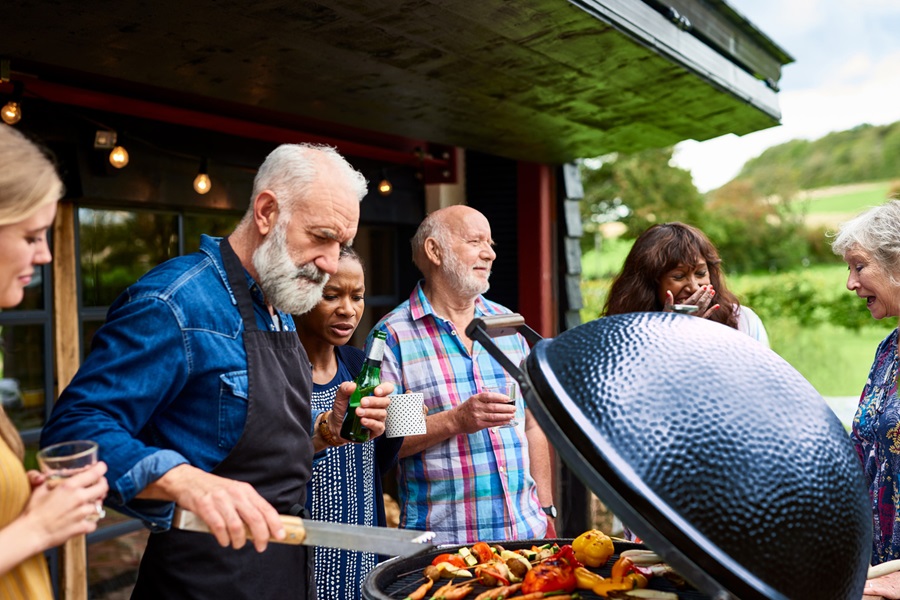 Get in touch
FranceCPGRetailConsumer Shopper & Retail

This is the era of the ‘Baby-Boomer’ retiree. Not only was 2021 marked by the continuing health crisis, but it was also the year that the generation born between 1945 and 1965, and aged between 55 and 75, reached retirement age, leading to a real boost to the silver economy. In France in 2060, a third of the population will be over 60 years old – 10 million more people than in 2007 – according to forecasts from the French National Institute of Statistics and Economic Studies (INSEE).

It's said that Boomers are the luckiest generation in history. They witnessed the prosperous post-war years and the emancipation of women, and they have a higher purchasing power as a result of the strong economy and steady inflation. They seem intent on continuing to benefit from this, with a retirement that includes holidays and other indulgent purchases.

This is a very different profile to that of their elders, who suffered through the Great Depression of 1930 and the Second World War. This made them thriftier, more altruistic, more respectful of institutions and less vociferous, which earned them the title of the ‘Silent Generation’.

The younger generations tend to spark the interest of brands most of all, as their behaviour can point to the new paradigm in consumption that will be valid for the next 30 years. This means that retirees – and especially the Boomer generation – are largely under-exploited.

Today, almost 28% of French households have a Baby-Boomer at home, and 15% fall within the Silent Generation bracket (aged 70 and over). In 2021, these two age groups accounted for 28% and 15% of spending on FMCG and fresh self-service products, respectively, and 33% and 24% of spending on traditional fresh products. In short, they accounted for half of all FMCG consumer spending.

To top this off, after 18 months of the pandemic and lockdowns, these consumers are the only ones that continue to increase their spending on everyday consumer products, despite the lifting of restrictions and the reopening of restaurants and bars.

This generation, which has more free time than others and spends more time at home, likes to take care of their home and their appearance, and to cook. Their meal preparation remains quite traditional, with lots of fresh raw products – such as fruit and vegetables, meat and seafood – and dairy products, for example.

France’s Baby-Boomers and Silent Generation are an essential lever for growth for brands and FMCG distributors, provided they can fully understand this target audience.

Some truths – and some misconceptions

Baby-Boomers and the Silent Generation are very similar in terms of shopping habits. They stick to routines – going to the shops often, for short trips. They favour the own label brands from their nearest supermarkets, as well as small businesses, which give them advice and a personal touch.

It’s hard to change their habits: they’re not very open to innovation, and not easily tempted by what's on the shelves and by ecommerce, even if the health crisis has forced some of them to round that corner or at least test online shopping for a while.

Although they’re often accused of not caring about environmental issues, the desire to consume responsibly is more marked among senior consumers. They translate this desire into concrete actions: almost 25% of their spending (10% more than the average population) is on so-called ‘eat better’ offers – local, organic and fair-trade for example –especially among the Silent Generation.

These two generations of senior shoppers have the advantage of the means to satisfy their ambitions, as they’re financially better off than their younger counterparts. Consumers aged 55 years and over only account for 6.3% of low-income households in France, compared to a 15% average in the population as a whole, and close to 24% for Millennials. 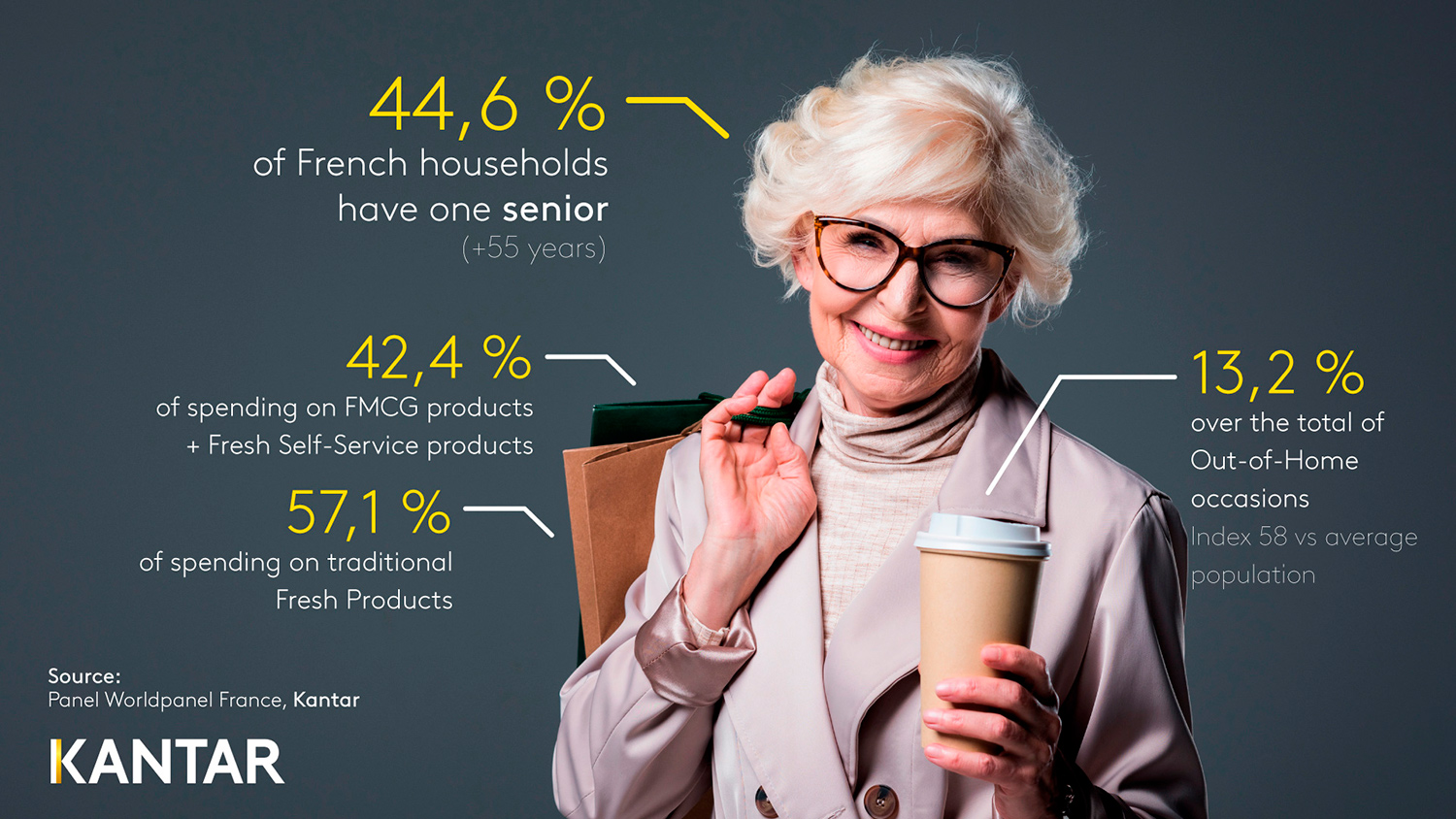 Nevertheless, they are very careful with their budgets and are reluctant to pay higher prices, except for local and fair-trade products. An anxiety about the future drives them to keep a tight hold of the purse strings, especially the Silent Generation. This generation is also very influenced by the media – therefore it’s key for brands and retailers to provide reassuring communications, through traditional channels such as TV, radio, newspapers and printed leaflets.

If you would like to learn more about the senior segment in France, reach out to our experts.