Specialist channels are starting to rebound and regional supermarkets are consolidating their gains, as the Top 3 changes for the first time. 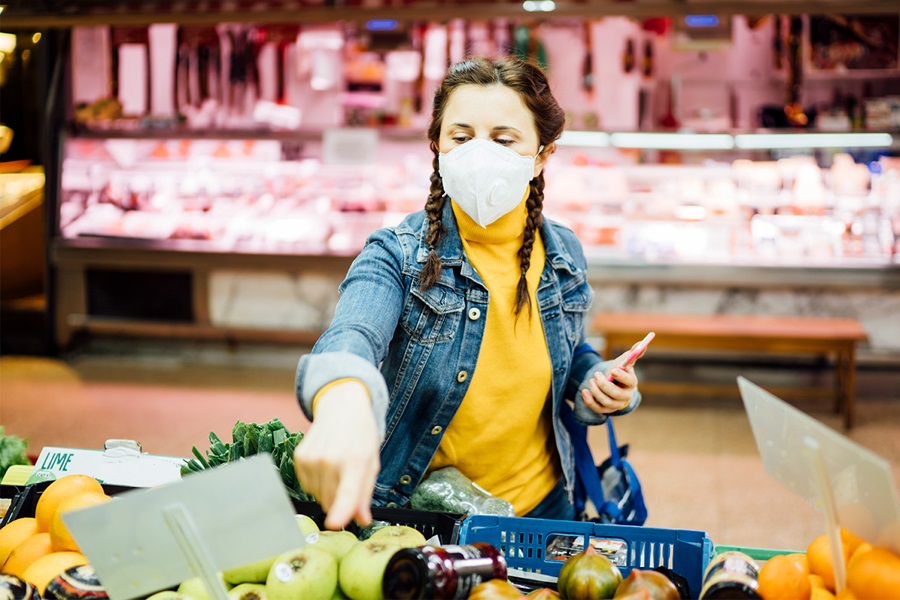 The FMCG sector in Spain grew in value by 12.7% in 2020. The change in shopping habits has been marked by consumers who go shopping less often (frequency has fallen by 2.7%), but load up to 14.1% more into their baskets. This has caused shopping occasions to become more valuable and significant. The environment overall has become more competitive due to online channels and delivery services.

Spanish households have reaped the benefits of this wide range of options to adapt their place of purchase according to the health situation at various stages of the year. The year began with the “discount” channel, which had consolidated the growth of the previous years, having reached 37.6% share in pre-COVID times. With the lockdown, shoppers opted for proximity – regional supermarkets reached 26.2% share and practicality, as ecommerce grew to 3.1%. As the lockdown eased, we saw one of the big new changes of the year, as markets and traditional shops recovered, along with the specialist channel, which grew by two points to 20.1% market share. It was over the Christmas holidays when the large retailers, hypermarkets and cash and carry registered their best figures, reaching 15.4%.

Consequently, for the year’s numbers overall, the big news comes from ecommerce and the recovery of the specialist channel. Ecommerce turnover not only rose by 62%, but also broke barriers in purchasing habits by penetrating older segments of the population who at last dared to use this channel for their shopping. The rise of the specialist channel has had a direct impact on mass distribution, as it is the leading channel in fresh products and the largest within FMCG. It has reversed a 15-year decline that had benefited the large retailers.

Omnichannel retailing is a reality for Spanish households and proves that the successful models we will see in retail should be hybrid ones. Households want to go to their traditional shops without missing out on all the advantages of the digital world.

Changes in the top three in retail

Despite their size, it is the mass retailers who have seen the biggest changes due to changes in shopping habits. One of the changes we can see is in the traditional Spanish Top three big retailers, Mercadona, Carrefour and DIA, which all lost market share in 2020. Mercadona maintains its strong leadership position, reaching nine in every 10 Spanish households and a market share of 24.5%, but it lost 1.1 points year on year. The delay in rolling out its online channel during the lockdown and not being local to shoppers were some of issues. Although its turnover was not negatively affected, it is still a major change in the Spanish market compared to the last 20 years.

As for Carrefour, despite regaining shoppers over the course of 2020, it has been severely hampered by the poor performance of the hypermarket channel during lockdown. It lost 0.3 points of market share and shopper loyalty shrank by 0.5 points. It stands in second place in the Spanish retail market, with a share of 8.4%.

The DIA Group substantially improved its numbers with respect to previous years and took advantage of this growth environment, especially during the first wave, where it made the most of its extensive network of shops. Nevertheless, for the yearly totals it gave up 0.6 market share points, and the third place spot among Spanish retailers, ending up with 5.8% of the market.

It was Lidl that took DIA’s place in the top three. While in 2019 the German chain had already claimed second place in terms of number of shoppers, in 2020 it is one of the few which managed to increase the expenditure of those visiting its stores, gaining 0.5 points and capturing 6.1% of the Spanish market.

Despite how noticeable such a loss of market share among the leaders seems to be, there is still more good news than bad behind the numbers. Mercadona continues to enjoy solid leadership. In countries, the market leaders have tended to fare worse in market share due to the pandemic, as consumers have not always had the freedom to choose where to shop. Carrefour and DIA performed much better than previous years, positioning themselves as leaders in the online channel, where they reaped some rather impressive results.

Among the large groups, Eroski and Auchan also had a good year, maintaining their positions in their market. Auchan continued the trend of the last two years, as it eluded the downturns affecting the hypermarkets and strengthened its proximity models to hold on to 3.4% of the market. Eroski is another of the few top chains nationwide that managed to increase shopper loyalty. As well as the boost it got from the its online channel, this helped the chain keep a strong grip on its fifth position in the market, with a 5.8% share.

Spanish retail cannot be understood without its regional supermarkets. Among each of our regions we see some models that have consolidated their position among the most important nationwide. The Eroski Group is a traditional example, which went from regional operator to national, although now it has retreated somewhat to its areas of origin.

As the seventh leading Spanish retailer, Consum has 2.8% of the market nationwide, after several years of growth. There is a common pattern among regional supermarkets, which has led to their clear growth in 2020: they already had a strong proximity, not only physical but also emotional, plus good positioning in terms of fresh products. But they have also proven they can be the place to purchase any type of FMCG, thus being able to grow in other sections.

At a time when every purchase is more valuable than ever, Spanish households choose from all the options at their disposal, and the winning formulas are the ones that not only appeal for their physical proximity, but also for the ability to forge a bond with the consumer. This balance between capturing shoppers’ hearts and wallets ought to set the strategies and success in 2021.