An article by Emily Benesh; coauthored by Stephanie Hawthorne. 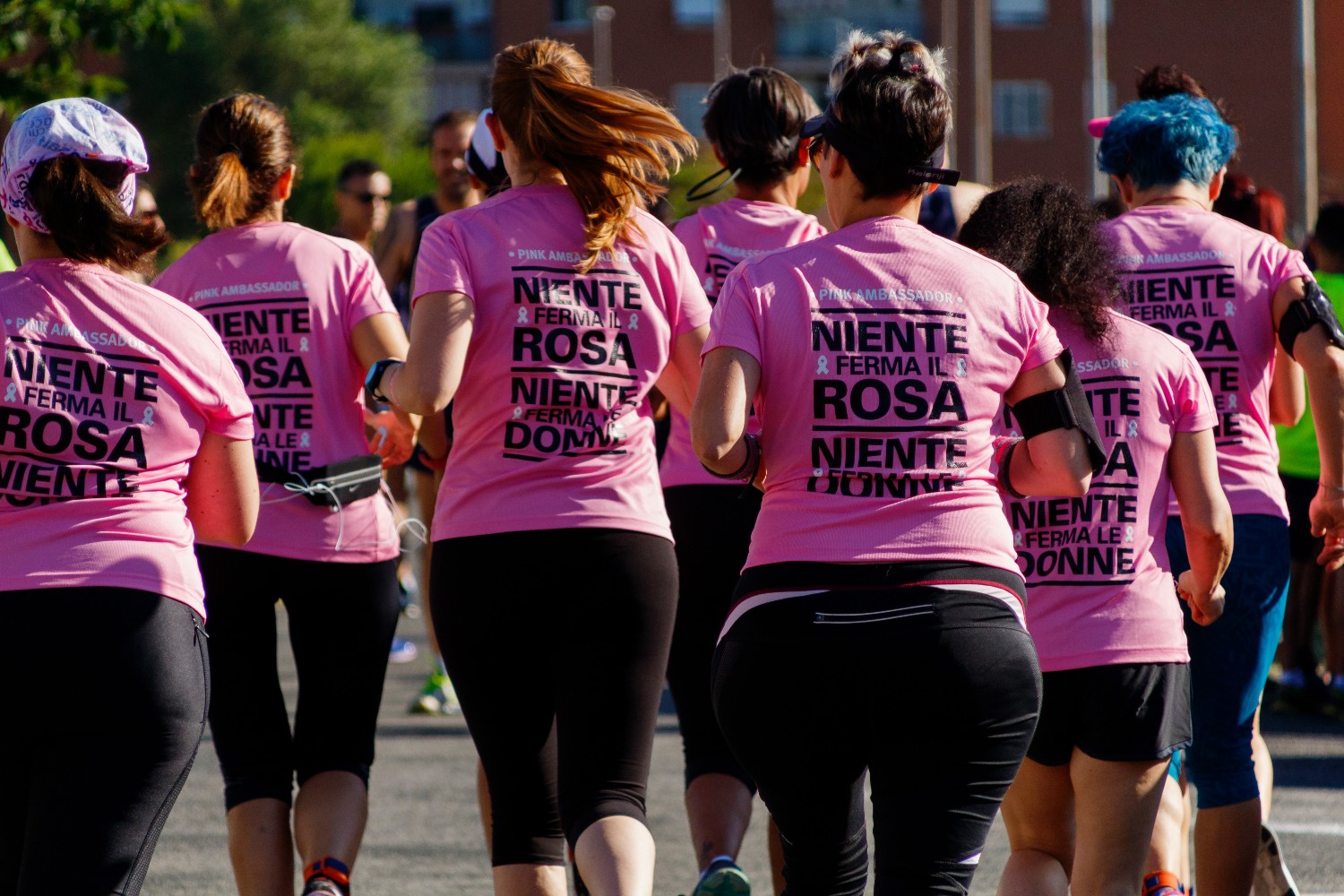 Roche / Genentech has been a powerhouse developer of treatments for HER2+ breast cancer (amplified in roughly 15% of all breast cancer cases1) since it originally gained U.S. FDA approval of Herceptin® (trastuzumab) in September 1998. Since that time, Herceptin has saturated the HER2+ breast cancer market as treatment for both early-stage and advanced/metastatic disease. Roche / Genentech now face unavoidable patent expiration issues with Herceptin: biosimilars such as Ogivri (Mylan Inc / Biocon Ltd) and Trazimera (Pfizer) are approved (although not yet launched) in the United States, Herzuma (Celltrion) in Europe, and Trastuzumab BS (Nippon Kayaku) in Japan, putting $7 billion of global annual sales at significant risk.

To combat this anticipated loss of revenue, Roche / Genentech have sought to develop novel therapeutics that improve upon Herceptin technology. Perjeta® (pertuzumab), a next-generation monoclonal antibody that blocks dimerization of the HER2 receptor, has global regulatory approvals for treatment of both metastatic and high-risk early-stage HER2+ disease. In 2018, Perjeta was a component of neoadjuvant systemic therapy for Stage II-III HER2+ breast cancer in roughly 80% of U.S. patients.2 Although Herceptin plus Perjeta is very effective as neoadjuvant therapy, 40% to 50% of patients do not achieve a pathologic complete response3 and evidence suggests that the presence of residual disease puts patients at higher risk of recurrence, highlighting an early-stage breast cancer patient type with unmet need. If the right adjuvant treatment were developed, it could potentially complement treatment with neoadjuvant Perjeta and Herceptin and improve patient outcomes. Additionally, in that scenario Roche / Genentech could triple-dip: a single early stage patient could receive three separate HER2-targeted treatments with the intent to cure their high-risk resectable disease.

Roche / Genentech have also developed Kadcyla® (ado-trastuzumab emtansine), an antibody-drug conjugate that couples the trastuzumab monoclonal antibody with DM1, a cytotoxic derivative of mertansine. HER2 is an established target for breast cancer and Herceptin’s activity is tried-and-true. An “armed” Herceptin antibody should have increased potency compared to a “naked” antibody alone. Delivering the cytotoxic agent directly to the HER2-expressing tumor cells should minimize side effects commonly associated with the systemic chemotherapy, while still benefiting from its cytotoxic effects. Kadcyla is currently the most common treatment option for second-line HER2+ metastatic breast cancer globally2 and Roche / Genentech are actively seeking to expand its use into the early-stage HER2+ setting.

Roche / Genentech sponsored the Phase III KATHERINE trial of Kadcyla in high-risk early-stage HER2+ breast cancer, specifically studying the drug’s efficacy in patients with residual invasive tumor in the breast or axillary nodes following neoadjuvant therapy. The trial randomized 1,486 patients to treatment with either Kadcyla (n=743; 3.6 mg/kg IV, Q3W for 14 cycles) or Herceptin (n=743; 6 mg/kg IV, Q3W for 14 cycles) as adjuvant therapy. The arms were well balanced. Roughly 75% of patients had operable disease at presentation, over 70% had estrogen and/or progesterone receptor positive disease (in addition to their HER2 positivity), and all had received pre-operative Herceptin therapy [as the sole HER2-targeted agent (80%) or in combination with another HER2-targeting agent (20%, predominantly Perjeta)]. First results were presented at the 41st annual San Antonio Breast Cancer Symposium (SABCS), concurrent with publication in the New England Journal of Medicine4,5.

Adjuvant treatment with Kadcyla led to a striking 50% reduced risk of invasive disease-free survival (IDFS, the primary endpoint) compared to Herceptin (HR 0.50, p<0.0001). Three-year IDFS rates were 11% higher in the Kadcyla arm (88% versus 77%, respectively). IDFS consistently favored Kadcyla recipients across most pre-specified subgroups, including both inoperable and operable patients, in those patients who received Herceptin alone as neoadjuvant therapy, in both node positive and node negative patients following neoadjuvant therapy, and in both hormone receptor positive and negative populations. The sample size of patients who had received Herceptin plus Perjeta as neoadjuvant therapy was small (leading to wide confidence intervals), but the subset analysis showed a non-significant trend to benefit with adjuvant Kadcyla similar to that achieved in patients treated with Herceptin as the only HER2 targeted agent in the neoadjuvant setting (HR 0.54 compared to HR 0.49, respectively). Incidence of distant recurrence, a secondary trial endpoint, was also markedly improved in the Kadcyla arm (HR 0.60), although the rate of CNS metastases was not different between the two treatment arms (4.3% versus 5.9%). Overall survival was not significantly improved at the time of primary analysis and will be evaluated after further maturation5.

In the safety evaluable population, Kadcyla performed worse than Herceptin, although it was aligned with its safety profile in the metastatic setting and is presumably attributable to the conjugated cytotoxic. Grade ≥3 adverse events (AEs) occurred in 26% of Kadcyla-treated patients versus 15% of Herceptin-treated patients, which also led to more AE-related treatment discontinuations (18% versus 2%) and dose reductions (14% versus 0%) in Kadcyla-treated patients. Individual Grade ≥3 AEs were rare, with the most common (and the only one elevated in the Kadcyla arm compared to Herceptin arm) being thrombocytopenia (6% versus 0%).

When Herceptin was first shown to significantly improve outcomes in the adjuvant setting for HER2+ breast cancer, it was met with a prolonged standing ovation (ASCO 2005 presentations6,7 of results from NSABP B-31, N-9831, and HERA trials). Kadcyla has now matched that magnitude of IDFS benefit beyond what Herceptin can achieve on its own in a patient population who some might consider to be most at-risk of recurrence, prompting a sizeable applause from the SABCS audience. These results should inspire optimism that Roche / Genentech’s HER2+ breast cancer dynasty will continue to reign for the foreseeable future – with Herceptin plus Perjeta the standard of care as neoadjuvant therapy and in the adjuvant setting and now Kadcyla for those patients with residual disease after completion of neoadjuvant therapy and surgery.

From a commercial perspective, Roche / Genentech has set themselves up with the KATHERINE trial design so that a single patient would likely use both Herceptin and Kadcyla as a part of curative disease treatment. Unfortunately, Herceptin is now challenged by trastuzumab biosimilars, limiting the potential benefit of this double-dip. However, in the small patient subset of KATHERINE who had previously received neoadjuvant Herceptin plus additional HER2 targeting agents (predominantly Perjeta), adjuvant Kadcyla improved 3-year IDFS by 9% (91% versus 82%; HR 0.54), making it a viable treatment option even following dual HER2 neoadjuvant therapy. Despite the fact that more patients in KATHERINE discontinued treatment with Kadcyla over Herceptin, discontinuations were mostly due to laboratory abnormalities, with no apparent cardiac toxicity concerns. Thus, in Kadcyla Roche / Genentech may have found a fitting adjuvant partner for early stage patients who have a suboptimal response to Herceptin-based neoadjuvant treatment. The company will now be faced with the task of balancing their adjuvant portfolio, and physicians will be tasked to determine the appropriate patient types to receive adjuvant Herceptin plus Perjeta or switch to adjuvant Kadcyla. The data from KATHERINE is certainly more compelling than from the APHINITY trial (in which adjuvant Perjeta plus Herceptin improved IDFS by a more marginal 18% across all patient types8), but the narrowed eligible population in KATHERINE (only patients with residual disease after neoadjuvant therapy) still leaves considerable opportunity for Perjeta use in this setting. Taken together, Roche / Genentech remains the go-to provider of up to three separate treatment options for early stage HER2+ breast cancer and can comfortably expect to dominate the landscape in the coming years.