Some shoppers are seeking promotions and buying store brands, while others are stocking up in fear of food shortages. 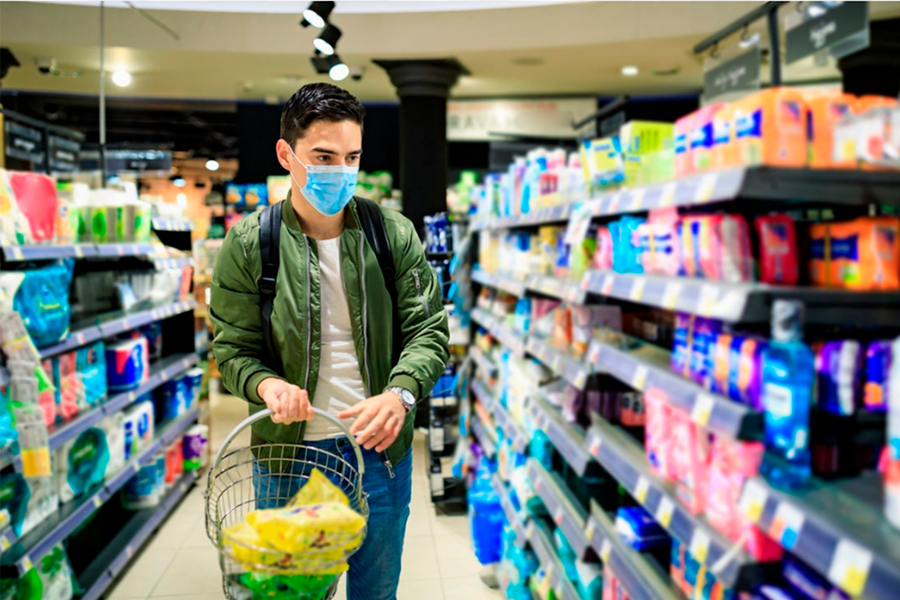 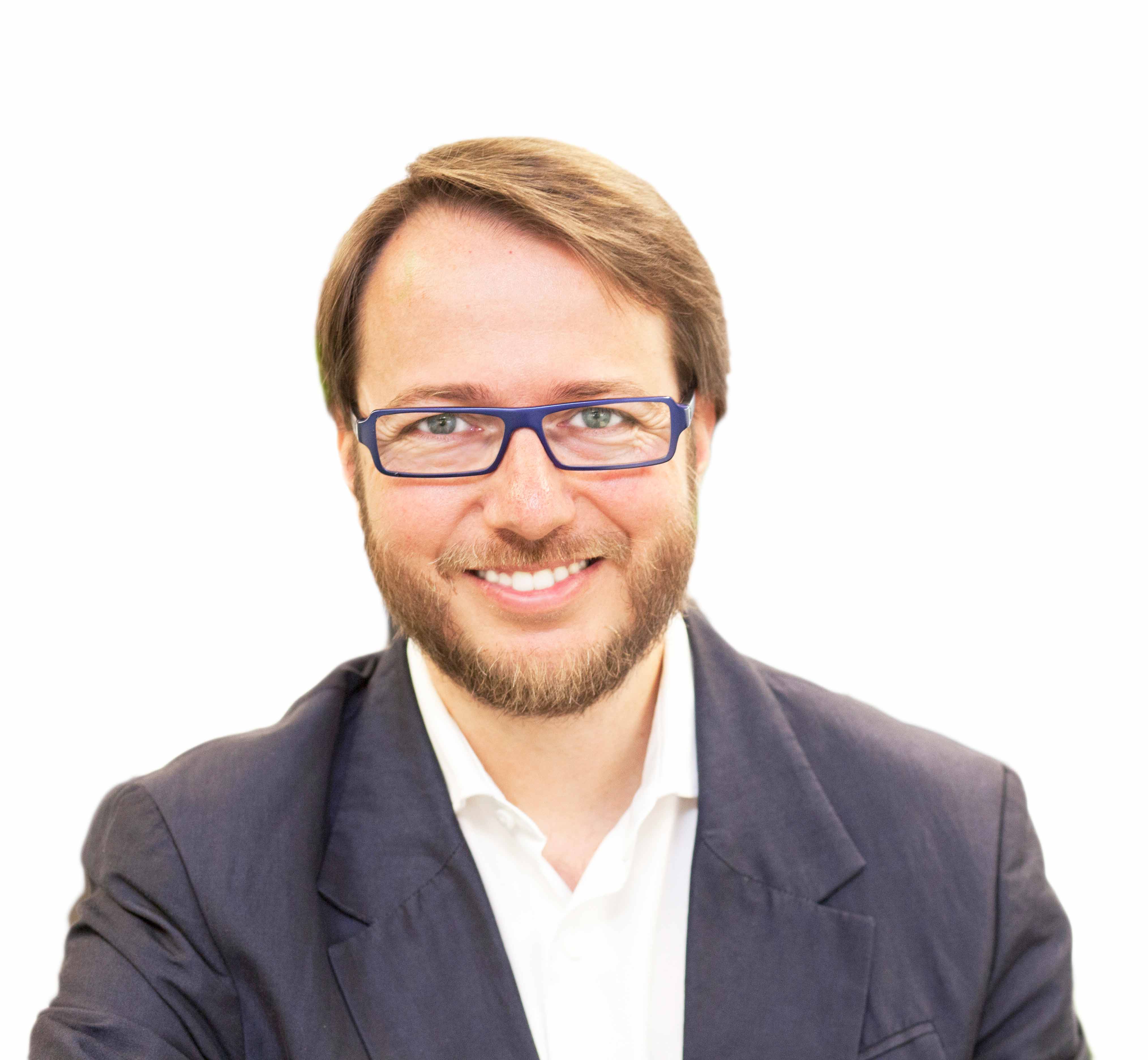 FMCG purchases in Spain shot up by nearly 13% in the weeks following the declaration of war in Ukraine and the truck drivers’ strike (6-20 March), compared with the same period last year. The current state of uncertainty, compounded by the volatility of inflation and rising energy prices, has led to a windfall for the country’s FMCG sector. 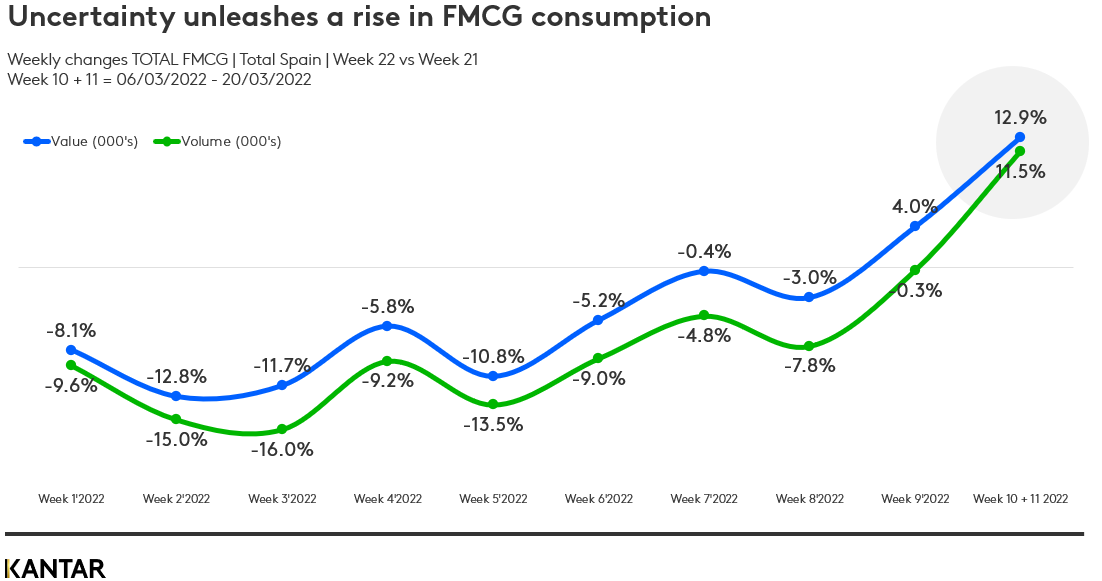 This rise in household spending has been coupled with an unprecedented increase in FMCG prices, which have risen by an average of 5% year-on-year. Until now, manufacturers and distributors had tried to contain the increased costs they faced as a result of inflation to prevent it affecting their products, but have finally been forced to pass it on to the store shelves.

A recent Worldpanel survey indicated the level of concern Spaniards have around the current situation: 44% said they were "very concerned" about the possible impact the truck drivers’ strike would have on their regular purchases. As for the possible effects of the conflict in Ukraine on their future household situations, 9 in 10 Spaniards claimed to be “concerned”.

Not all consumers are responding to the situation in the same way. Some are stocking up in case of food shortages, which is reflected in the increased consumption figures.

Another group is opting for ways to alleviate the impact inflation might have on their wallets, turning to alternatives in an attempt to cut the cost of their shopping – the so-called ‘downtrading effect’. This involves seeking out promotions and discounts, or purchasing more store brands.

It’s worth noting that until February 2022 the data did not indicate any signs of downtrading – it was clearly the volume of bad news that hit consumers during the period analysed which triggered this behaviour. That said, the data shows that only 4 in 10 households are hunting for promotions on FMCG products, which means there’s a sizeable group of shoppers who are sticking with their usual purchasing habits.

According to the weekly FMCG data tracked by Worldpanel, the increase in spend across Spain has largely been spurred on by shoppers buying more ‘store cupboard’ products, such as oil, pasta, rice and milk. Prices are also rising fast in these categories – with the price of oil shooting up by 303% compared with the same period in 2021, pasta by 183%, rice by 181% and milk by 145%.

In terms of channels, our data shows that the share of retail chains has climbed 4 points versus 2021, reaching 75%. This can be attributed to consumers’ search for non-perishable food and beverages, which now represent a 48.4% share of the FMCG trolley, compared to the 44% recorded over the same weeks in 2021. Mercadona and Carrefour are the ones that have grown the most.

Price management must be a key priority for manufacturers and retailers this year. The latest consumer price index (CPI) indicates that price increases are affecting both store brands and manufacturer brands. However, the manufacturer brands are more sensitive to changes than store brands, and their market share has enjoyed a slight rebound, also buoyed by improved? supply of their product ranges by the distributors. 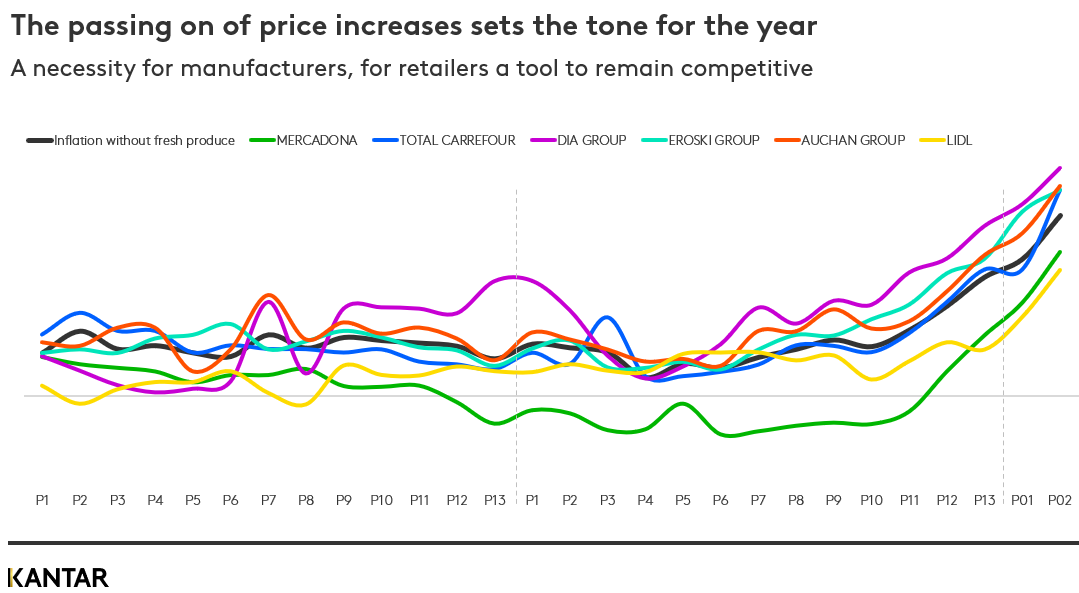 If you would like to learn more about FMCG consumption in Spain, please reach out to our experts.