How the pandemic has changed the way Italians view the EU

How could well-timed COVID-19 support, combined with targeted communication, turn around Italian support for the EU? 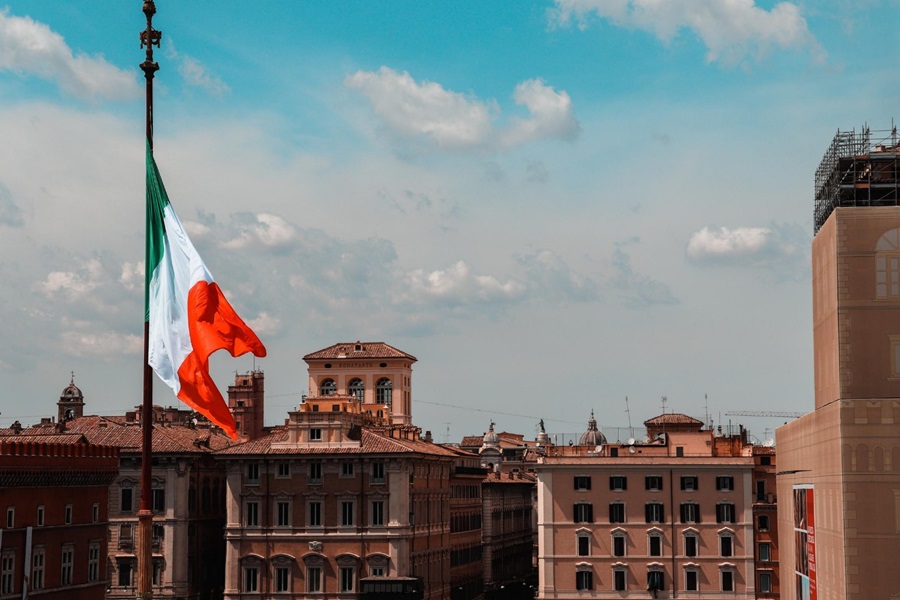 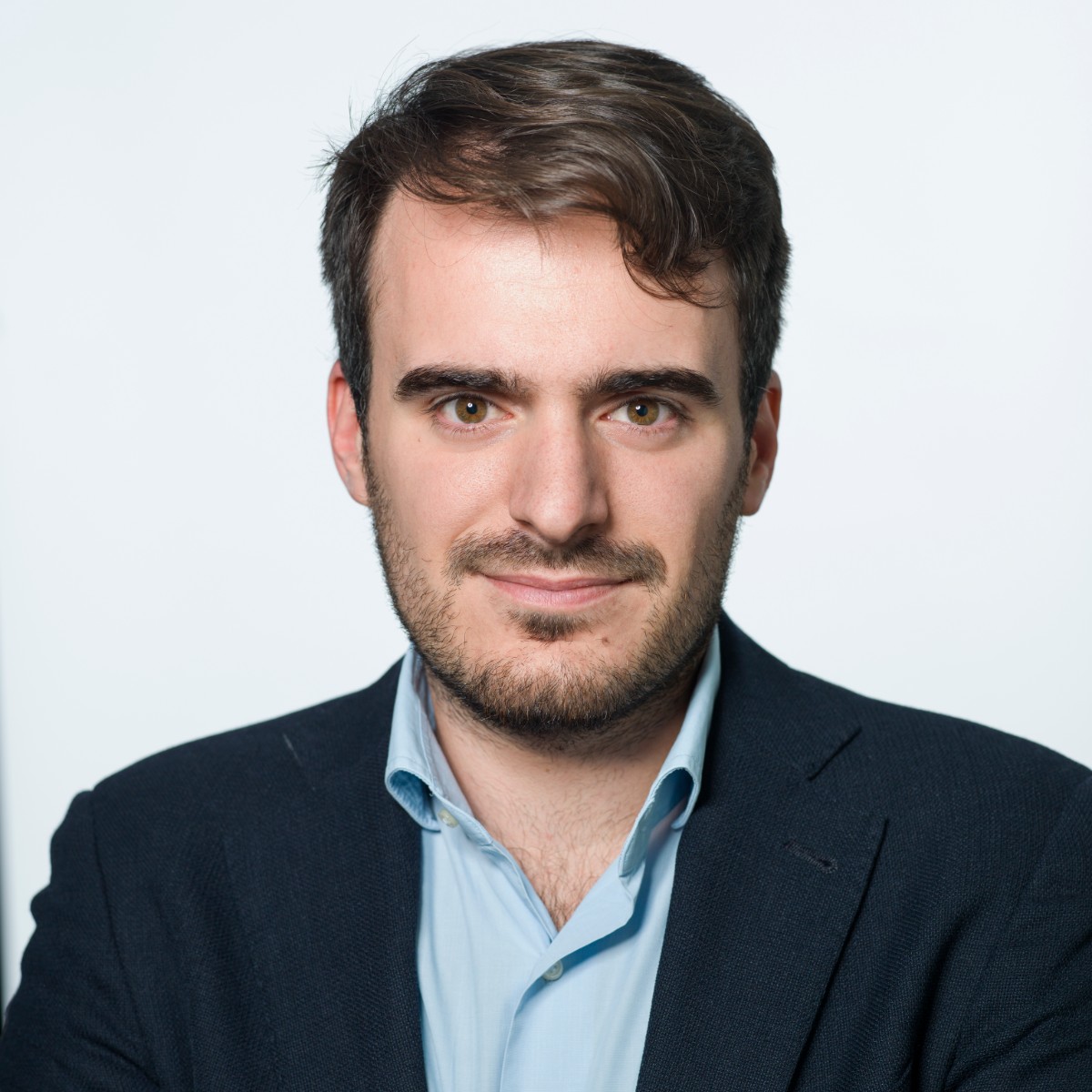 The coronavirus pandemic has presented significant communications and reputational challenges to the EU at a time when many European countries were questioning centralised Brussels controls. In this article, drawing on data from Kantar’s G7 Citizen Impact study, Nicolò Berti explores Italian sentiment and shows how well-timed support combined with targeted communication could make the difference in turning around Italian support for the EU.

Polarisation has characterised recent rounds of national and European elections in Italy, reflecting contrasting visions for the future of Europe. Looking at a multitude of sources like elections results, polls, interviews and social media, it appears that the vast majority of Italians could be divided into two groups: those who want a stronger union, with a structure not dissimilar from that of a federal state; and those who wish that the EU had never come into being, and blame Brussels and the common currency for most of Italy’s misfortune. These opposing attitudes towards the European Union have fluctuated following the events that have shaped our continent in the last decade, not least the COVID-19 pandemic.

The pre-pandemic view of the EU: an inflexible ruler

Results from Eurobarometer show that the level of trust in the EU amongst Italians has been greatly influenced by events that impact the European community as a whole. Over the past ten years, on average, one third of Italians have expressed trust in the EU, with that level falling to its lowest point in 2013 (24%) after the European Sovereign Debt crisis.

Since the adoption of the Fiscal Compact and the European Stability Mechanism (ESM), studies show that the EU has been perceived by many across Europe as a pervasive and inflexible controller of national public finances. For Italy – a country where the public debt has been frequently used by the national government as a stimulus for the economy and employment – the introduction at an EU-level of measures to control and limit the national public expenditure, represented a turning point in the way Italians considered the EU.

For the EU’s supporters, this European influence over the public finances was welcomed as an opportunity for Italy to become more efficient in managing its public debt. But for supporters of ‘Italexit’, these measures represented a grave threat to the Italian economy and was binding the nation to decisions taken in the other European capitals.

Mechanisms such as the Debt-to-GDP ratio, the “Spread”*, and the agreement to have the main national plan (the Economic and Financial Document) revised on annual basis by the EU institutions, have further fuelled the propaganda of anti-EU leaders, who argue that Italy’s economic growth is being stunted by Brussels bureaucrats. This narrative has been repeated to Italian voters not only by populist leaders like Salvini and Meloni, but also by EU supporters when in need of popular support. In July 2017, the centre-left Prime Minister Matteo Renzi raised tensions with Brussels by seeking to force European leaders to relax measures intended to control the huge Italian public debt.

Against this backdrop, it is hardly surprising that the Italian public reacted with scepticism and distrust to the first statements released by European leaders concerning the proposed measures for tackling the COVID-19 pandemic. Relations between Italy and the EU deteriorated quickly after a group of countries, led by the Netherlands, refused to agree on the release of European public debt securities – the so-called “Coronabonds” – to support countries like Italy, most affected by the pandemic.

Influenced by these tensions, two thirds of Italians polled by a national survey at the end of March, expressed disapproval for the EU’s actions. Despite calls for European solidarity from the president of the European Commission Ursula Von der Leyen, Italians had lost faith in the EU. The hard-line taken by the Dutch-led group – the so-called “frugal countries”** or the “frugal four” – confirmed the fears of most Italians that the EU was too rigid to change and would eventually drive itself to destruction. By mid-April, more than four in ten Italians (42%) were saying that Italy should leave the EU, a dramatic increase from the 26% of December 2018.

The main actor in the Italian landscape gaining in popularity as a result of tensions with the EU and the rally-round-the-flag effect was the Prime Minister, Giuseppe Conte. Between February and March 2020, national polls were showing his popularity rating dramatically increasing with Conte representing for many Italians the defender from both the threat of COVID-19 and the arrogance of European rule. The first two waves of Kantar’s COVID-19 G7 Citizen Impact study in March and April revealed unprecedented levels of citizen approval of their governments across the G7 countries, with more than 70% of Italians expressing approval for the actions taken by Conte’s cabinet in tackling the pandemic.

France and Germany unite in calls for Europe Recovery fund: trust in the EU bounces back

As debate at the European level began to find common ground, with supporters and opponents of Coronabonds getting closer to an agreement, the decline of trust in the EU halted. The turning point came with the Franco-German proposal to create a €500 billion European Recovery Fund financed by the EU for tackling the post-pandemic economic crisis.

At the time of publication, the EU leaders have found a final agreement for financing the Recovery Fund with €750 billion and to reserve €200 billion of these for Italy, the EU country hit the hardest by the pandemic. Even though these funds will not be available before 2021, the Recovery Fund sends a clear message that relations between EU countries are changing. The scale of impact of this message on the Italian public is clear: almost two thirds of Italians now agree that a tool like the Recovery Fund represent an acceptable compromise (compared to only one third in early April saying it would be acceptable to use European Stability Mechanism funds to finance the post-pandemic measures).

Aside from opinions about the tool itself, the message behind the Recovery Fund has boosted support for the EU among the Italian population. Kantar’s COVID-19 G7 Citizen Impact study shows the number of Italian respondents who rated as positive the cooperation between the European countries, increased by nine percentage points from April to May (from 30% to 39%).

Looking to the future: how can the EU consolidate its support?

If the level of trust in the EU has seen a rise during the latest phase of the COVID-19 pandemic, the same cannot be said for the Italian government. After initial strong support, the popularity of Conte began to decline as his government struggled to deploy measures for the post-pandemic phase. Trust in the Italian government decreased by 9 percentage points in three months: from 67% in March to 52% in June .

Despite the triumphant return of the premier Conte from the EU summit, the €200 billion promised by the Recovery Funds might represent a double-edged blade for the Italian government. Between May and June, public confidence was impacted by the inefficiency of the public administration in managing the many requests for aid from private companies and welfare authorities. These difficulties and the consequent delays created an impression that even though funds are finally available, barriers created by ministerial bureaucracy may preventing citizens from accessing them.

In order to retain and consolidate the support of the Italian citizens, the EU now needs to consider if and how it should intervene to address the gaps in the post-pandemic measures left open by the Italian government. This will be a difficult line to tread. Trust in the EU declines when it is perceived as a rigid and inflexible regulator. But if the EU can show itself capable of supporting and rebalancing wealth amongst the Member States, it will win much favour.

Moreover, the pandemic has demonstrated the vital need for the EU to have an effective communications strategy. Without one, other international actors may exploit this weakness. This has already been seen with the international aid from China and Russia. In both cases, the supply of medical equipment to Italy was immediately followed by a high-impact marketing campaign implicitly designed to highlight unfavourably the difference between these two foreign superpowers and other European countries, in their response to Italy’s crisis.

However, such communications can only be effective in domains where the EU excels – for example, building and funding long-term programmes – and if these are being supported and amplified by local actors and initiatives.

** The “frugal four” countries consist of Austria, Denmark, The Netherlands and Sweden. This group was recently joined by Finland. They opposed the Franco-German’s proposal to finance part of the European Recovery Fund with EU bonds, which they considered a mutualisation of the public debts among the EU Member States.

This article is extracted from issue 01 of PUBLIC, our new publication that explores specific public policy topics.