Consumer spending on FMCG in China is growing, thanks to increased frequency and basket value. 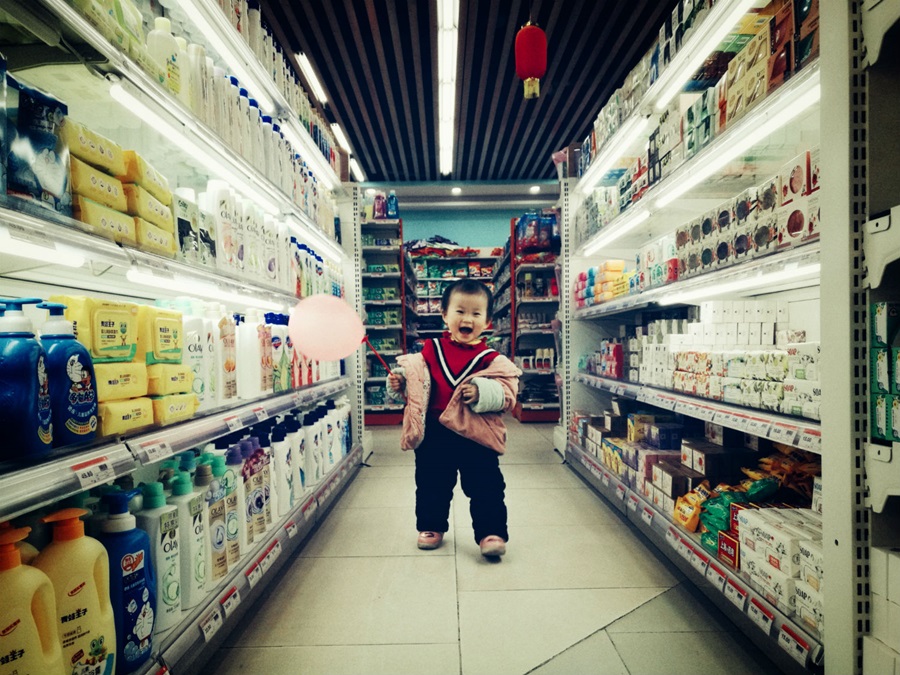 Kantar’s latest figures for the 12 weeks ending 9th August 2019 shows consumer spending on FMCG in China grew 6.4% in value, thanks to increased frequency and basket value. Ecommerce continued to outstrip total FMCG growth, while modern trade also rebounded slightly, by 1.9% in sales value. Lower-tier cities outpaced top-tier cities, with over half of the households shopping online in the past 12 weeks, up 10 points in penetration compared with last year.

Sun-Art Group maintained its leading position and grew by 2.8% in sales value compared with same period last year. Lower-tier cities drove its strong recovery and recorded both sales and penetration growth. RT-mart has strengthened its online business and improved the efficiency of physical stores due to its transformation empowered by Alibaba. This includes the digitalization of its stores and fulfilment systems as well as the Taoxianda O2O service. RT-Mart also restructured their offerings by strengthening their fresh food and imported products’ displays to meet the needs of middle-to upper-tier consumers. In addition, Sun-Art accelerated the convergence of its two banners at the end of 2018, where the Auchan brand is also able to leverage services and technology capabilities from the broader Sun-Art infrastructure.

The ecommerce channel continued to deliver robust growth of 36%, with 58% of households in urban China purchasing FMCG online over the last 12 weeks. Alibaba made great progress and increased penetration by over 10 ppts, especially in lower-tier cities. This demonstrates the success of their initiatives to cater to a broader base of users, such as using simpler interfaces for first-time or infrequent user from less developed areas.

In addition, Alibaba is dedicated to exploring different store formats to cover all the food consumption scenes, such as Hema Mini to target suburban citizens and Hema pick’n go to target office workers’ breakfast and snacking occasions. Kantar reported that young families contributed nearly 50% of Hema’s sales and they shopped in Hema at an average frequency of three times in the past 12 weeks. 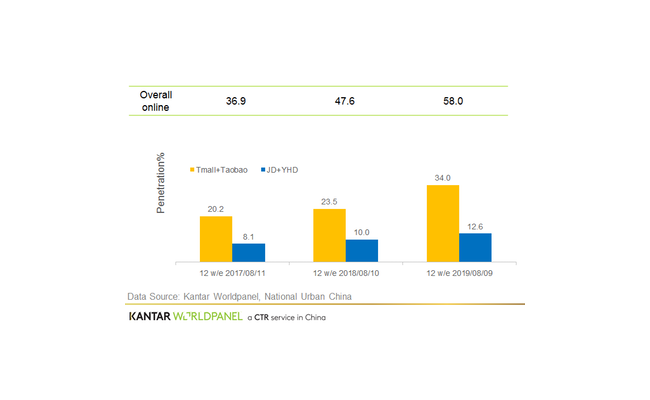