Enduring stereotypes: women in leadership across the G7

How do we perceive women leaders and how can we act to create a more gender-equal society? 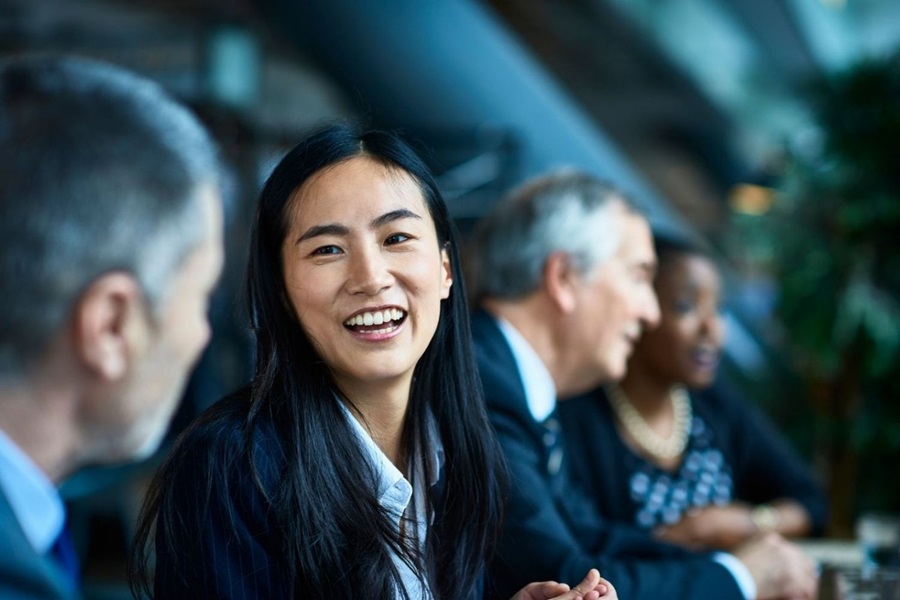 Created in 2018 by Women Political Leaders (WPL) and Kantar, the Reykjavik Index for Leadership is based on a very simple premise: while not all individuals are suitable for positions of power, under no circumstances should gender predetermine an individual’s suitability for leadership.

The Reykjavik Index provides insight into how society views the suitability of men or women as leaders across different industries: it offers valuable insights for analysis and enriches a range of indicators on gender parity.

In each of the G7 countries, at least four in ten respondents suggest that either a man or a woman would be better suited to leadership in one or more of the sectors. With three years of research, the Reykjavik Index provides a picture of the persistence of prejudice, as well as suggesting ways in which we might move towards a more gender-equal society.

The 2020-2021 Reykjavik Index findings offer a fundamental lesson: time alone will not lead to an improvement in the index scores through a continuous and progressive shift in perceptions with young people bringing more progressive attitudes with them as they age.

Unexpectedly, the latest Reykjavik Index finds that in the G7, the youngest respondents report a lower score (72 among people aged under 35) than the older generations (74 among those aged 35-54 and 76 among those aged 55+). This is an important and alarming finding, since it stands out in stark contrast to most of the usual observations concerning opinions on issues of gender, sexual equality, and the acceptance of diverse sexual orientations. 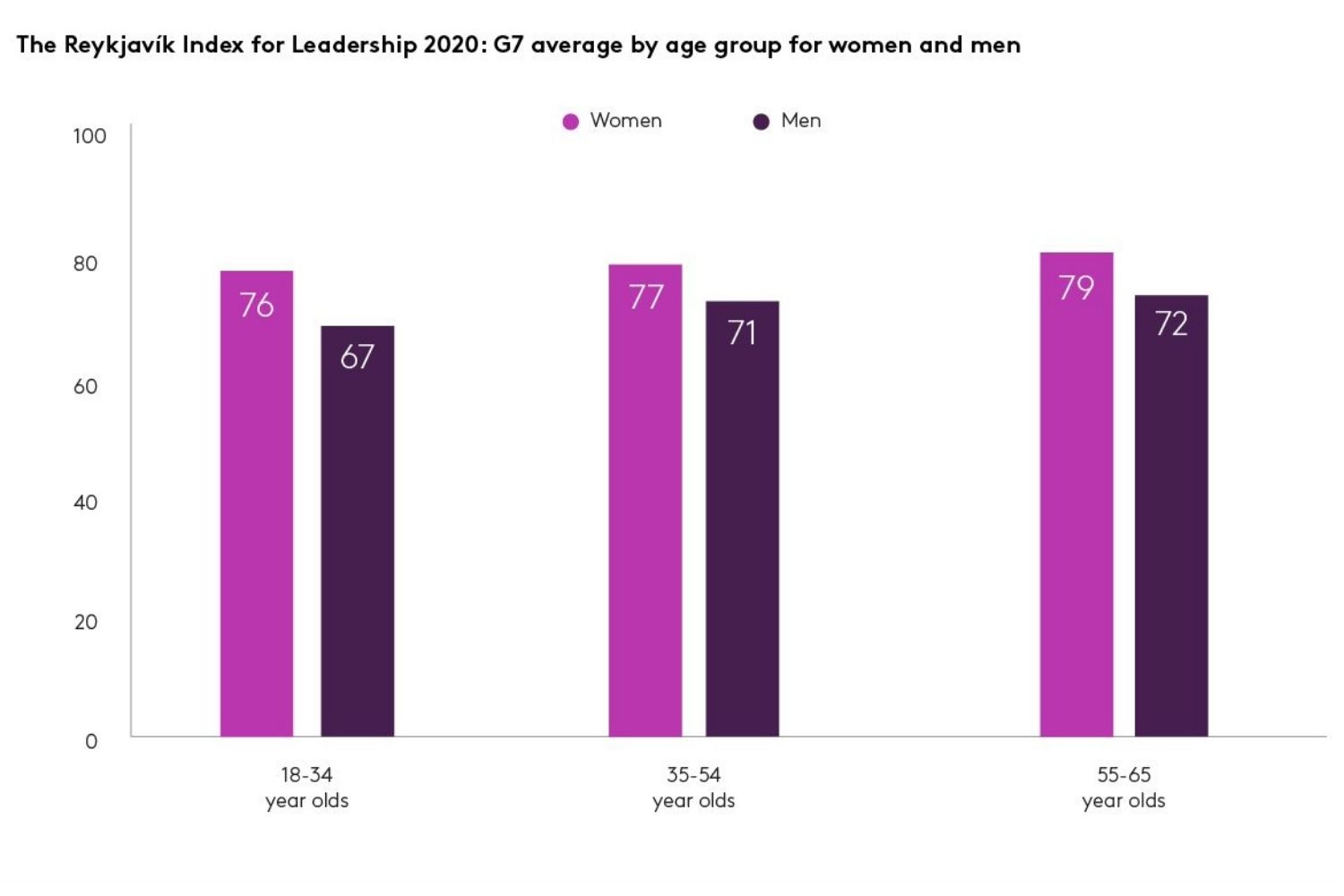 We have come to expect younger generations to influence debates in society with more progressive attitudes, and more importantly, to bring these attitudes with them as they enter the workforce, lead companies, governments and create families of their own. But the findings this year may indicate that this assumption cannot be guaranteed, and that for reasons yet to be fully understood, younger people are demonstrating more bias, maybe unconscious, about equality in leadership. Further understanding of the attitudes of young people across a range of social and policy areas will enable us to better understand if this regression is affecting gender equality or is evident in other areas too.

Our Reykjavik Index research reveals that stereotypes about women are held by both male and female respondents, but not to the same extent. The gender difference found among young people in fact applies to all generations. For female respondents, the index is above 70 in all countries; but here is a systematic difference of five - ten points between men and women.

The countries with the lowest index scores primarily owe their low score to the higher likelihood of their male respondents asserting that one of the two genders is better suited to leadership. Men are more likely than women to exclude themselves from sectors perceived as ‘feminine’ in nature (such as Fashion & Beauty). They are far more likely to associate themselves with sectors such as Security, Engineering and Aerospace.

In some sectors where men and women are more often considered as equally suitable for leadership, a deeper analysis reveals that this perception is mostly expressed by women while some male respondents still claim the sector leadership as exclusively suited to men. That is the case in particular of High-Tech, Economics and Finance. However, it is to be noted that in Japan, and to a lesser extent Germany, a significant proportion of women share this tendency to see men as more suited to leadership in the same sectors.

Other questions in the study illustrate the greater difficulty that men have (compared to women) in imagining women in positions of power. In the G7 countries as a whole, women are far more likely than men to feel “very comfortable” with the idea of having a woman as CEO of a major company: 59% on average in the G7, versus 47% among men. However, not all women are comfortable with this idea: fewer than half in France, Germany and Japan. But across all the countries, women are more comfortable than men, with differences in some cases as wide as 18 points (Italy). 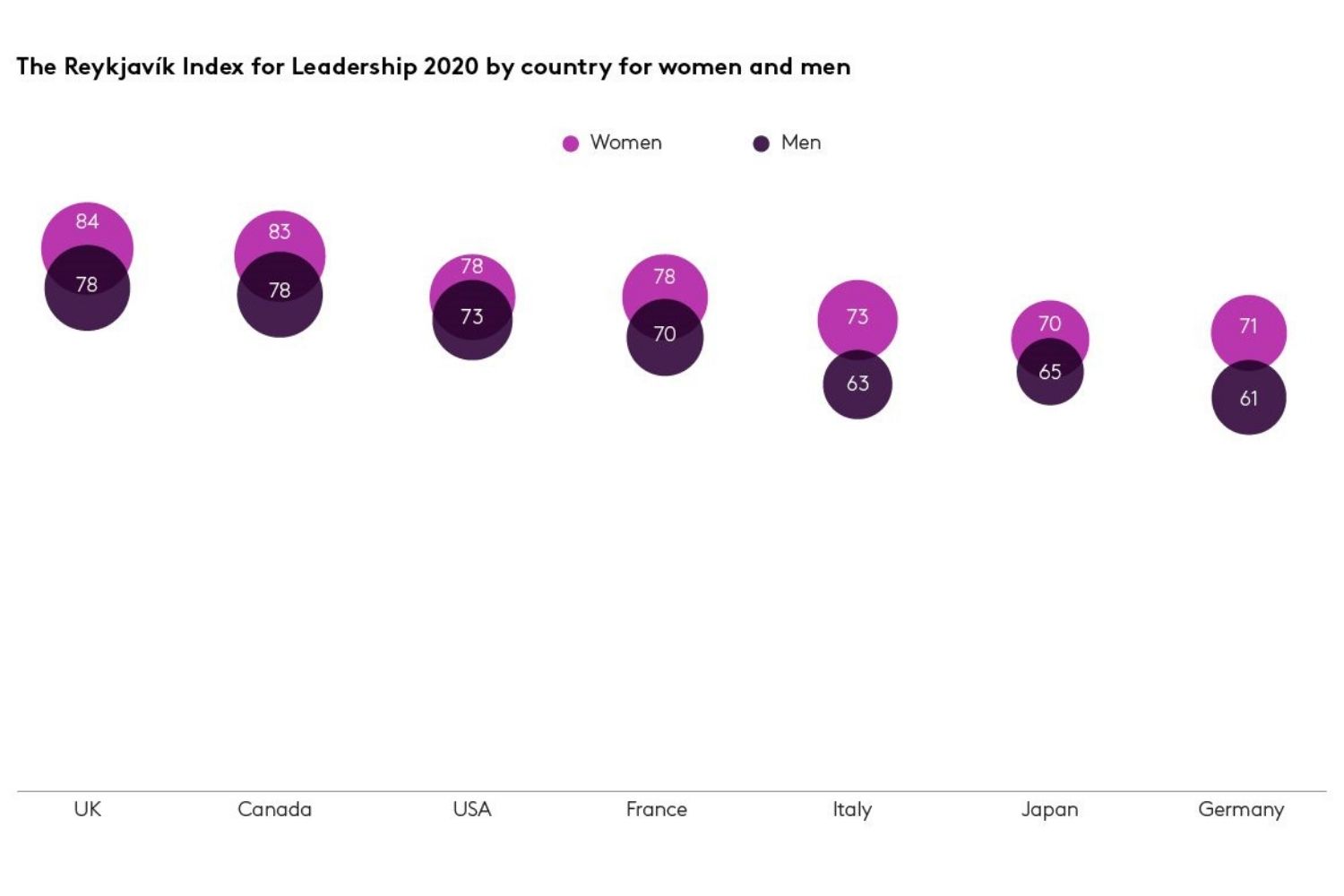 For the full article on the wider implications of the gender stereotypes for women in the workplace, and the responsibilities of the media and our education systems to rectify them, read our PUBLIC Journal on gender parity.