The Gender Diversity Index conducted by Kantar Public for European Women on Boards shows more work needs to be done by many European countries. 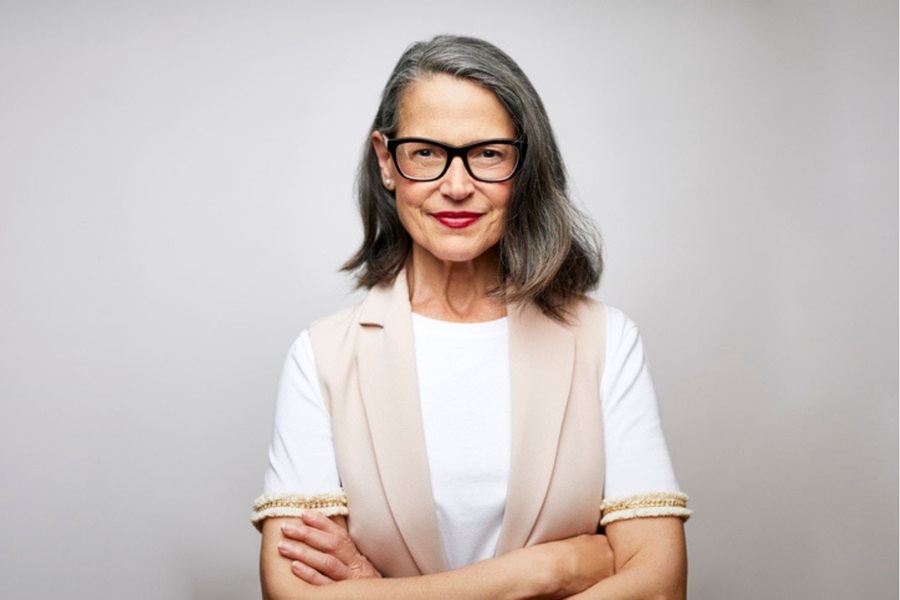 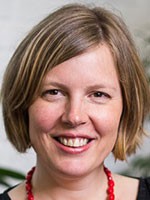 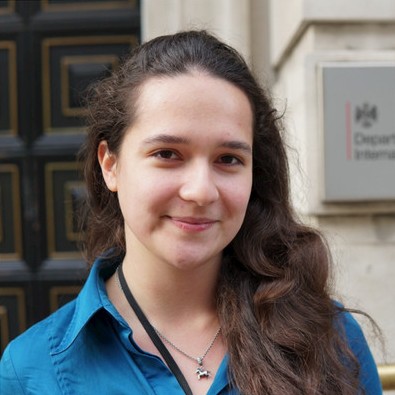 Despite progress made in the last decade in increasing the number of women in managerial positions, only 10% of the 668 largest publicly quoted companies across 18 European countries achieved gender-balanced leadership in 2020.1 While the road towards gender equality in corporate governance is still long, the 2020 data shows an encouraging evolution compared to 2019: more women have moved into business leadership roles than the number of women who have left leadership roles.

Launched in 2018 by European Women on Boards, the Gender Diversity Index measures the share of women at different levels of corporate governance across countries, industries and companies. More than a measurement tool, the index promotes good practice by recognising companies that achieve gender equality or make important progress over time – as well as identifying those lagging behind.

Addressing gender inequalities in decision-making in both the public sphere (politics and government) and the private sphere (business leadership) is one of the European Union’s objectives under the Gender Equality Strategy. It is part of the EU’s commitments towards the UN goals adopted in 1995 in the Beijing Platform for Action. The platform defines 12 areas, including women in power and decision-making positions, where action is needed to foster equal opportunities for women and men.

In 2012, the European Commission proposed to implement a compulsory quota of at least 40% of women in non-executive board positions. Debated at length by the European Parliament and European Council, the proposal was eventually suspended due to the absence of consensus between Member States. However, an agreement was reached to encourage voluntary measures, and to review the situation over time.

Uneven progression of gender diversity in business leadership across the EU

Since 2012, important progress has been made towards gender diversity in business leadership overall across the EU. While in 2012, only 10% of business executives and non-executive leaders in the EU were women, this proportion had doubled to 20% in 2020. Yet progress has been uneven across countries: in Italy, the Czech Republic and Germany, the share of women in executive or non-executive leadership positions was only 13% in 2020; compared to 25% or more in Ireland, Sweden, UK and Norway.

Kantar Public has partnered with European Women on Boards to gain a more nuanced understanding of the challenge. The Gender Equality Index (GDI) provides granular data on individual businesses, assessing their gender balance at different levels: supervisory board, executive level, and different board committee levels.

The 2020 Gender Diversity Index shows that corporate leadership across the EU remains largely dominated by men, with women being under-represented on corporate boards and in management positions:

There are also significant differences between countries: Norway and France for instance have very high GDI scores, while women's participation in business decision-making is low in Poland and Switzerland. 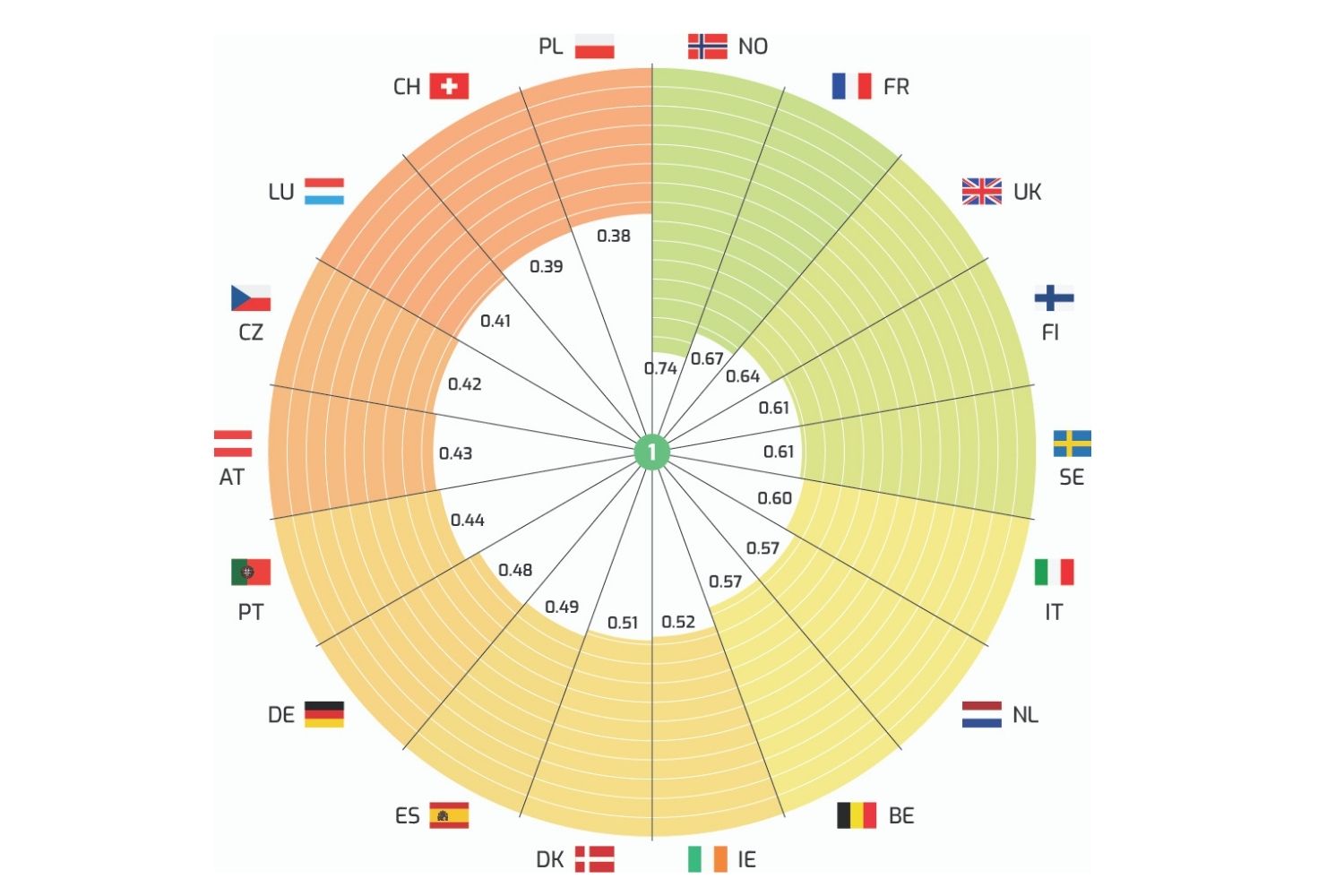 The study also revealed some positive and encouraging signals:

In 2020, the turnover of individuals in leadership roles gave more room to women

Another positive sign is the turnover rate at leadership level, which is favourable to women. By comparing the names of senior executives in companies for both 2019 and 2020, we were able to calculate the turnover rate of individuals in leadership positions, and the proportion of women among senior leavers and new joiners.

However, we are also observing a polarisation across the sample of companies: those in the top tier of the GDI ranking are improving year-on-year, while those at the bottom are not making changes to the composition of their senior leadership at all. In other words, change is happening at a faster pace within those companies where gender diversity is already well above average.

The GDI and other indicators from the European Women on Boards report show that while there is a long way to go to achieve gender equality in business decision-making, there are some early signs of positive change. Government policies, activism within the private sector, and increased awareness of gender bias in recruitment and internal promotion, are all contributing to this trajectory.

While EU Member States failed to agree on the introduction of a mandatory quota of 40% for the minimum share of women among non-executive board members, six European countries pressed ahead regardless. Austria, Belgium, France, Germany, Italy and Portugal have all set minimum quotas for certain companies (either those publicly listed or those that are of significant size), and implemented sanctions policies.4 Another 11 countries introduced looser requirements that either apply only to specific businesses (e.g. only publicly-owned companies) or do not carry sanctions.5

The importance of evaluating gender diversity at different levels of governance

The discussion on quotas illustrates the level of political attention being paid to the representation of women on boards – typically in non-executive functions. And it is clear that gender diversity at board level is better than at other levels of corporate governance, and progressing faster. Board-level diversity is crucial for ensuring that the strategic direction of the business reflects a diversity of perspective; it is also crucial for showcasing role models, fighting stereotypes and encouraging women to step up. Nevertheless, most decision-making takes place at lower levels of corporate governance, and this is where the gender gap is wider. While in 2020, women represented 34% of board members in the companies included in our study, they represented only 17% of the senior staff at the executive layers of governance.

The divergence in gender balance between board level and the other levels of governance is also significant when looking at newly appointed leaders. In 2020, the majority of these new senior female appointments happened at board level: 41% of individuals who joined boards were women. Yet the picture looks significantly different at executive level. For this second layer of corporate governance, the pace of leadership diversification is slower, and only 28% of new appointments in 2020 were women.

Furthermore, evidence from our research shows that imposing quotas for women at board level does not guarantee gender equality at other levels of governance. For instance, while Austria has a binding quota for women on boards set at 30%, it has one of the lowest participation rates across the EU of women at executive level (only 7%). In fact, France, and to a lesser extent Italy, are the only countries where binding quotas at board level go hand-in-hand with above average gender diversity at other levels of governance.

Quotas at board level are one useful regulatory tool available for governments to send a strong signal on gender diversity. However, it is clear that they need to be combined with other types of engagement and intervention to ensure diversity at other key levels where corporate decision-making takes place.

Indeed, the fact that some of the highest GDI scores are achieved in countries where diversity quotas have not been set, shows that gender equality in business leadership is underpinned by a range of factors that extend well beyond externally imposed restrictions. Recognising and celebrating best practice to inspire and raise awareness, is one way of boosting the presence of women in corporate decision-making. European Women on Boards, for whom Kantar Public developed the GDI, uses this ranking of companies exactly for this purpose – publishing and celebrating those companies that make significant progress in gender equality year on year.

Designing and implementing an inclusion and diversity (I&D) strategy as well as integrating it within operating models, is another route to foster change within companies. Kantar also provides an award-winning benchmarking tool, the Kantar Inclusion Index, for businesses engaged in designing and delivering an I&D strategy. This allows companies to measure and reflect on how they have succeeded (or not) in including, involving, and engaging staff from all backgrounds, and to identify actionable areas for improvements.

These two examples show that research plays a vital role not only in identifying the challenges but also in underpinning the solutions. Kantar Public and European Women on Boards continue to work together to support this.

3. Combining all different levels of governance: board members, executives and committee members