Will this year’s global climate gathering in Egypt result in action? Jonathan Hall, Head of the Sustainable Transformation Practice, assesses the outcome and the impact of evolving public opinion on businesses. 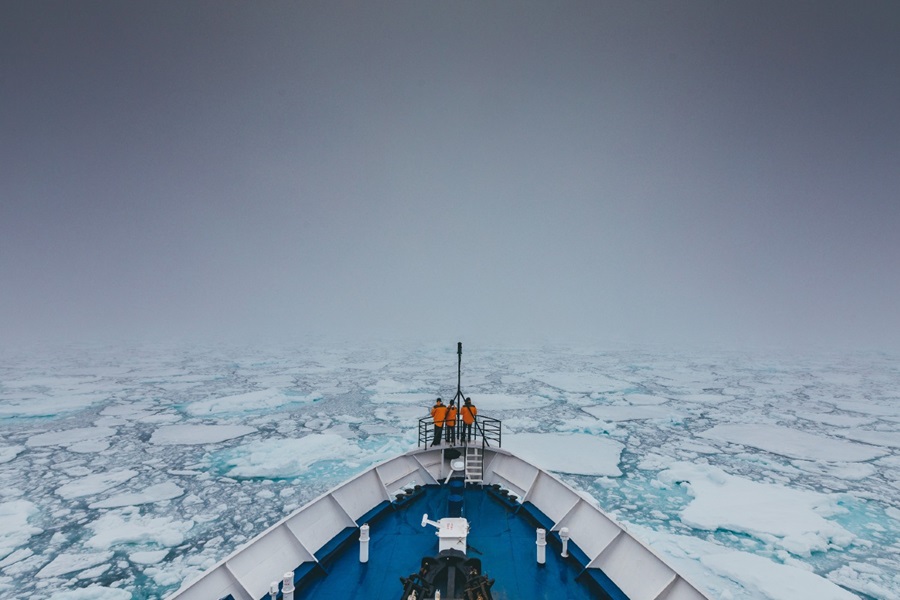 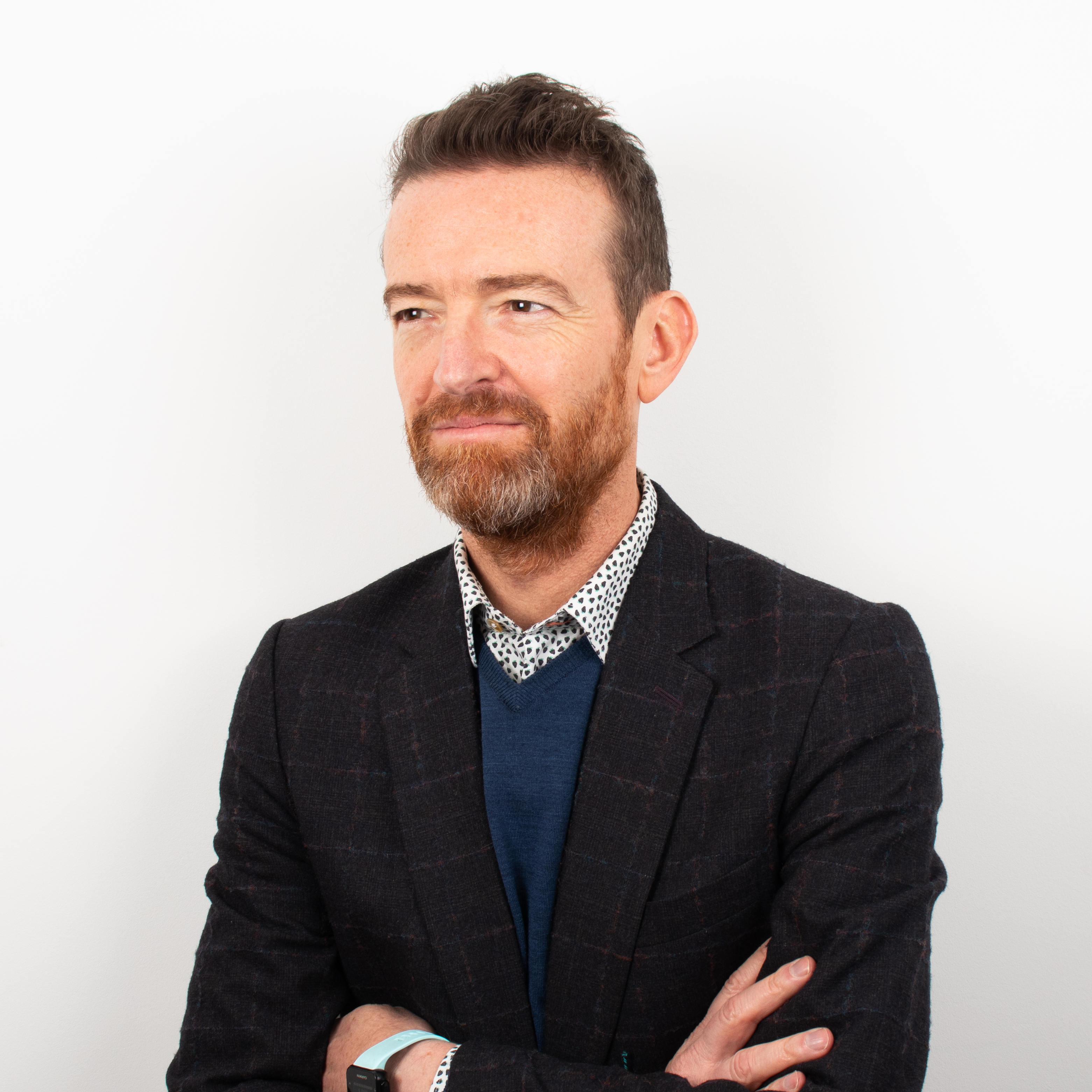 Get in touch
Sustainability

Going into COP27, the focus was on “keeping 1.5 alive”, adaptation, loss and damage, and the role of finance. That’s an enormous to do list and, with the dust still settling on Sharm el-Sheikh, it may be some time before we know exactly what has really been achieved.

Since COP 26 last year, much has changed geopolitically. The war in Ukraine has dramatically changed the global energy context, while the climate collaboration between China and the US announced in the UK has faltered.

On the positive side, the US has introduced the world’s largest package of decarbonisation investment – the Inflation Reduction Act – and election results in Australia and Brazil have been welcomed. Brazil’s president-elect Lula got the rockstar treatment at COP 27.

Nevertheless the challenge is immense. Last week the Global Carbon Budget reported a 50% chance that the 1.5C pathway will be exceeded in under a decade and the UN has warned that current national commitments are putting the world on course for 2.5C of warming, even if they are delivered in full.

The goal in Egypt was to negotiate plans to urgently scale mitigation work and climate adaptation. As we have previously seen in Kantar data, a summer of extreme weather events across the globe has focused hearts and minds on the fact of physical climate impacts.

But whether it’s for adaptation, mitigation or loss and damage, the big questions were around finance. Funding arrangements for loss and damage have been on the agenda for the first time in Egypt, and while a historic agreement was finally announced, the detail will only be pinned down at COP28.


So what about business?

Businesses have felt the need to be much more vocal, with the sense that for the first time at a COP, the ‘real economy’ is forcing the pace. A couple of headlines are notable:

So how do the people of Planet Earth feel about sustainability and climate change right now? Kantar’s PlanetPulse, which provides a weekly global spotlight on social and environmental issues, has found that COP events are attracting more awareness; globally, two out of three people have heard of COP 27.

That said, real familiarity is limited to a third of the population with huge disparities between countries. In the UK, which hosted COP 26, 51% of Britons say they have a good understanding of what the conference is about. This reduces to as low as 13% in Australia.

Awareness is one thing, however, and while a majority think COP 27 will move the dial in the right direction, only 22% globally believe that the event will lead to significant progress.

The more awareness and familiarity there is with COP 27, the more people believe that significant progress can be achieved. That is probably linked to the firm belief (81%) that global, collective, and concerted action is extremely or very important.

And within this strong sense of shared responsibility, businesses have been assigned a key part. Sixty-four per cent of the public holds them accountable for helping to tackle climate change. 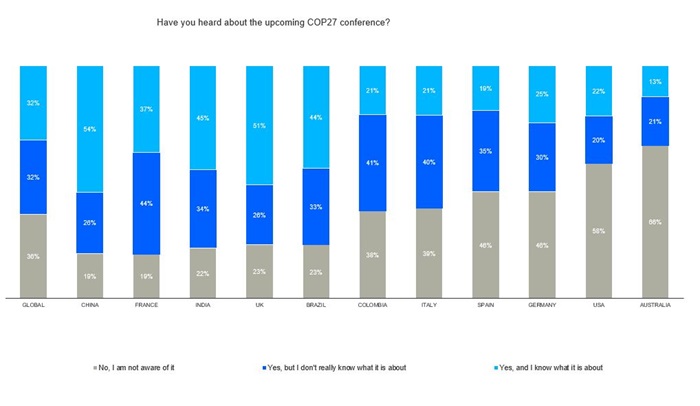 Although there have been an increasing number of commitments from leading brands, public opinion is that current climate pledges from business are not ambitious enough. Seventy-six percent say that businesses’ plans to tackle climate change are either ambitious but not to the scale of the challenge or they are not ambitious full stop. There is a clear desire to see more leadership from the corporate world. 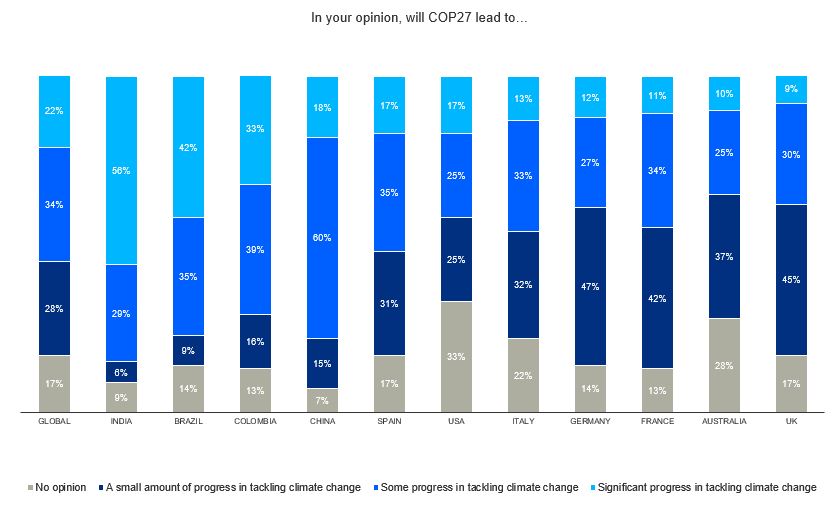 Only 12% are firmly in agreement with the statement that most businesses are taking strong actions and 38% think that they are worsening it.

Such negative impressions also come at a time when Kantar’s Sustainability Sector Index found that faced with a cost-of-living crisis, consumers are having to make difficult choices.

Most want to take action but rising and premium pricing makes it hard. Ninety-seven percent of people globally are prepared to make changes but 65% say their increased cost of living prevents them from doing so.

Even among the most engaged consumers, 77% believe that sustainable products are more expensive, and that price prevents them from doing more for the planet.

Of course, perceptions differ by brand. However, we do know that only those businesses that act in a credible, authentic and meaningful way will be rewarded. The bottom line is that climate change is getting personal and as such it has the power to impact on people’s decision making.

To stay relevant and meaningful, businesses need to identify the topics people worry and care about and offer solutions. The keys to unlocking the sustainability opportunity differ by sector: businesses need to think about where and how they have a right to play.

A new consumption culture is emerging and it requires new perceptions and new ways of thinking and operating. The future is sustainable and brands that continue to operate in the old way are going to be left behind.