Half a million Brits leave the streaming market

SVoD decline accelerates as inflation continues to rise across the UK and consumers search for ways to cut costs. 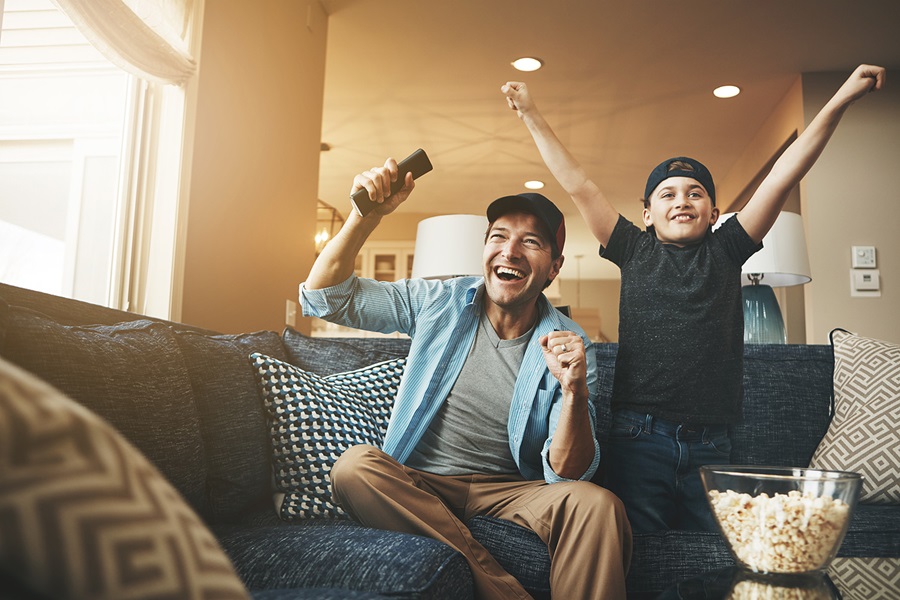 Our latest Entertainment on Demand data on the British streaming arena reveals that Subscription Video on Demand (SVoD) market decline accelerated by 488k households, with 1.66m SVoD services cancelled during the second quarter of 2022. This follows 1.51m cancellations in the first quarter of the year. Kantar’s data suggests that the decline is driven in almost equal part by a decrease in households taking out new subscriptions and an increase in those cancelling services.

The data uncovers that the largest drop in penetration is seen in the youngest households, with households with under 24s present seeing SVoD penetration drop by -2.6%points compared to a drop of just -0.5%. in 55–64-year-old households. Kantar’s Entertainment on Demand study in Great Britain also identified the following behaviours within the VoD market for the three months to June 2022: 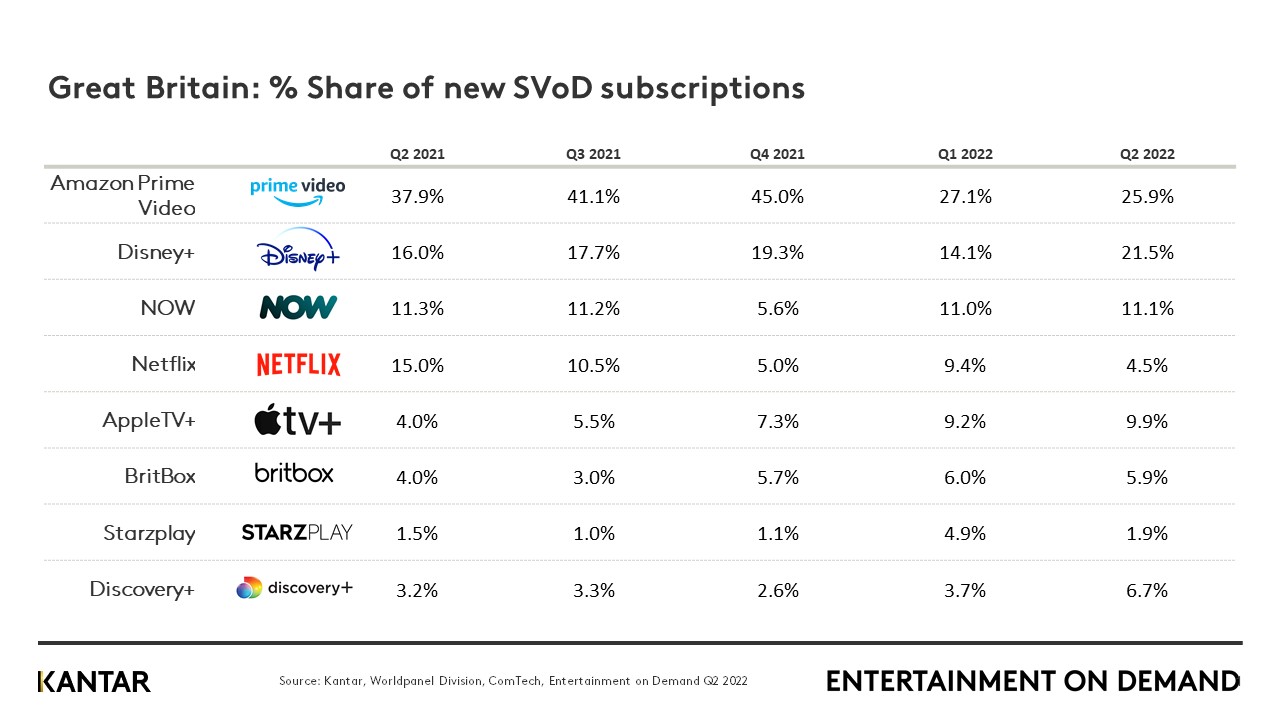 As inflation continues to rise across the UK, reaching 9.1% at the end of May 2022, its clear consumers are continuing to search for ways to reign in their household spending.

The GB SVoD market decline accelerated by 488k households, with 1.66m SVoD services cancelled during the quarter. The decline is driven in almost equal part by a decrease in households taking out new subscriptions and an increase in those cancelling services. The largest drop in penetration is seen in the youngest households, with households with under 24s present seeing SVoD penetration drop by -2.6%points compared to a drop of just 0.5% in 55–64-year-old households. Whilst typically we see engagement levels highest amongst younger SVoD viewers, often lower incomes amongst this group means they are forced to cut spend the fastest. Additionally, this younger cohort often have a wider variety of other entertainment sources at their disposable, including several free options such as TikTok.

Saving money continues to be the number one reason for planned cancellation of SVoD services, albeit this is slightly down on the high seen in the previous quarter but has risen from 24% in Q1’21 to 36% in Q2’22. Overall, only 50% of households agreed or strongly agreed they get good value for money from their spend on SVoD services, down from 57% a year ago.

Commenting on the research, Dominic Sunnebo, Global Insight Director, Kantar, Worldpanel Division, said: “In Q2, we observed how British consumers continued to cancel subscriptions across the board. In terms of the TV streaming market, the decline in subscriptions is being driven largely by younger ages. Although, it is worth noting that this group often have a wider variety of entertainment sources, including BBC iPlayer and free services such as TikTok, suggesting that this age is still interested in viewing TV streaming, just for a lower cost. Disney performed well in Q2 because of its broad and diverse content inventory whereas AppleTV’s success in the GB market came because of focusing on local content, such as popular British TV shows. With Netflix announcing its partnership with Microsoft to build an advertisement-supported tier of its streaming service, it will be interesting to see how it performs in the next quarter against its competitors.”

Disney+ had a strong quarter with share of new subscribers growing to 21.5% in Q2’22. For the first ever time, Disney Plus Net Promoter Score (NPS), a measure of subscriber advocacy, overtook Netflix and is now the highest across all major SVoD services in Great Britain. Netflix saw a NPS drop of -10 vs. the previous quarter, indicating significant challenges in the quarters ahead. The pronounced decline in Netflix subscriber advocacy is predominantly driven by a perceived decline in value for money from the service and satisfaction with the quality of the shows. This comes despite a slew of high-profile releases from Netflix in the quarter including new seasons of hit series Stranger Things and Ozark.

Disney now see higher satisfaction rankings than Netflix across quality of shows, amount of original content, number of new release films, variety of classic films and amount of kids content. Forward looking, next quarter planned cancellation rates for Disney+ fell to an all-time low of just 3.2%. Netflix planned cancellation is increasingly driven by multiple rounds of price rises, with 27% of consumers specifically citing the price rises as their reason to cancel, and a further 46% saying they want to save money.

AppleTV+ achieved its highest ever share of new SVoD subscribers for the second consecutive quarter, holding 9.9% share. It’s also clear that AppleTV+ is not just succeeding in winning new customers, but is also seeing higher levels of engagement among its existing subscriber base. Satisfaction with the amount of original content on AppleTV+ is at an all-time high and planned cancellation is at an all-time low.

NOW held third spot in share of new SVoD subscribers over the quarter at 11.1% in Q2’22. Dune and Football were big draws for new subscribers in the quarter, but it was British drama, The Midwich Cuckoos that stood out as a surprise hit, being the third most recommended series across Great Britain in the quarter. The Time Travellers Wife also performed well for NOW and was the fourth most enjoyed title across Great Britain, perhaps surprising given HBO decided to cancel the series after the first season.