Top-performing brands establish France as one of western Europe’s strongest markets.
View the report Get in touch 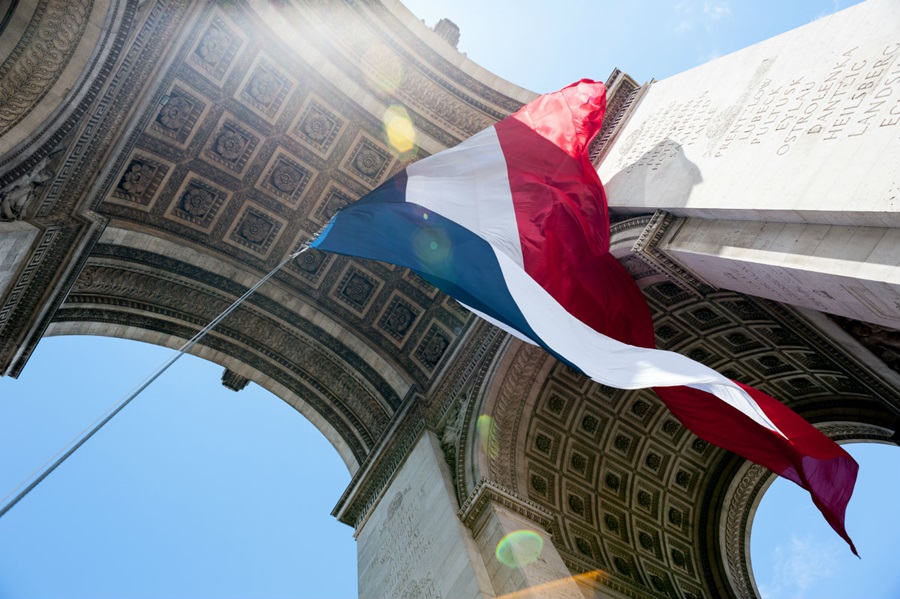 Louis Vuitton has retained its crown at number one in the BrandZTM Top 50 Most Valuable French Brands as more traditional French brands continue to embrace innovation to fuel growth. The total value of brands featured in the 2020 ranking, launched today, rose 6% year-on-year to $309.7 billion, a growth rate that outperformed the country’s GDP.

Much of this growth was driven by the nine luxury brands, which, with a combined value of $151.0 billion, account for almost half of the total value of all brands on the index. Six out of the 10 fastest risers in this year’s ranking are also luxury brands.

Louis Vuitton grew 15% to $53.4 billion, with experiential marketing initiatives such as immersive journeys for customers and the creation of ‘LVTV’ with YouTube contributing to its success. Chanel (No. 2, $43.0 billion) and Hermès (No. 3, $34.6 billion) also retained their positions in the study by WPP and Kantar, which tracks the worth of the most valuable French brands and is now in its third year.

The international reputation and popularity of French brands contribute significantly to their value. Overall, those in the Top 30 achieved a 76% overseas exposure rate due to revenue, volumes sold and profitability from overseas. This was the highest for all BrandZ reports, with the next-placed countries being Germany (64%) and Italy (60%). The ranking’s fastest riser, premium alcohol brand Martell (up from No. 45 to No. 40), grew its brand value by 32% to $1.0 billion, in part due to strong growth in China as a result of audience targeting and partnerships with digital giants Alibaba, Baidu and Tencent.

Luxury brands increasingly combined their French roots with modern product offerings and experiences to appeal to younger consumers in both domestic and overseas markets. Dior (up to No. 14 from No. 17 with a 20% increase in value to $5.3 billion) was the fastest growing luxury brand aided by innovative partnerships including one with Japanese artist Hajime Sorayama to create a futuristic robot for its Tokyo menswear show.

Innovation also proved to be a key factor in the success of the premium personal care brands. L’Oréal Paris (No. 4, $27.8 billion) continued to invest in new beauty technology advances, with diagnostic tools to measure skin pH and AI-powered virtual make-up try-ons. Garnier (up three places to No. 7 with a value of $7.1 billion) piloted virtual hair dye tools in store.

Overall, French brands score 107 on the BrandZ scale for innovation (where the average is 100), up from 103 the previous year. France is now ahead of the UK (105), the Netherlands (106) and Italy (107); only the global report (static at 113) and Germany (111) are higher. Sports retailer Decathlon (No. 22, $2.4 billion) is the most innovative brand (with a score of 155). Contributing factors include a digital shopping focus (both online and in-store) and an emphasis on experiences and interactivity.

This year’s ranking has two new entries. Europcar (No. 38, $1.2 billion) has diversified from car rental with disruptive new transport mediums, including scooters, ride-sharing and electric pay-for-use cars. It has also participated in the Paris Smart Cities programme. Bouygues Telecom (No. 48, $0.8 billion) has invested in 5G expansion and the Internet of Things partnerships, creating a dedicated subsidiary, Objenious, aimed at connecting millions of items across French cities.


David Roth, CEO, The Store WPP EMEA and Asia and Chairman of BrandZ said: “France’s place on the global stage has never been in doubt, reinforced by luxury fashion brands that are synonymous with style and prestige the world over. This year’s ranking cements that reputation with the visible proof that, far from relying on their heritage, French brands are executing innovative manoeuvres that will ensure they are also brands of tomorrow.”

Pierre Gomy, Managing Director of Kantar’s Insights Division, added: “Not traditionally seen as innovative, French brands have this year turned that perception round with the use of technology, experiential initiatives and clever communication. The result is a group of high-performing companies honed to flourish at home and abroad.”

BrandZ, the world’s largest brand equity study, is the only brand valuation ranking to combine rigorous analysis of financial data with in-depth consumer research to determine the value the ‘brand’ brings to businesses and their shareholders. Over the past 20 years, BrandZ has interviewed over 3.9 million consumers from 51 markets around the world, including 106,400 from France.

Other trends highlighted in the BrandZ Top 50 Most Valuable French Brands report include: 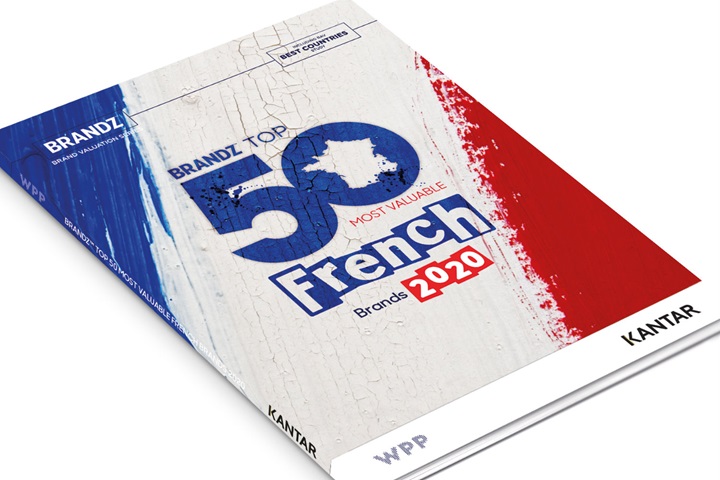 Read the report to discover which brands made this year’s ranking, how consumer expectations of French brands are evolving, and the outlook for brands in 2020 and beyond.
Find out more