Take-home grocery sales rose by 9.4% during the 12 weeks to 4 October 2020, with shoppers moving more of their eating and drinking back into the home. 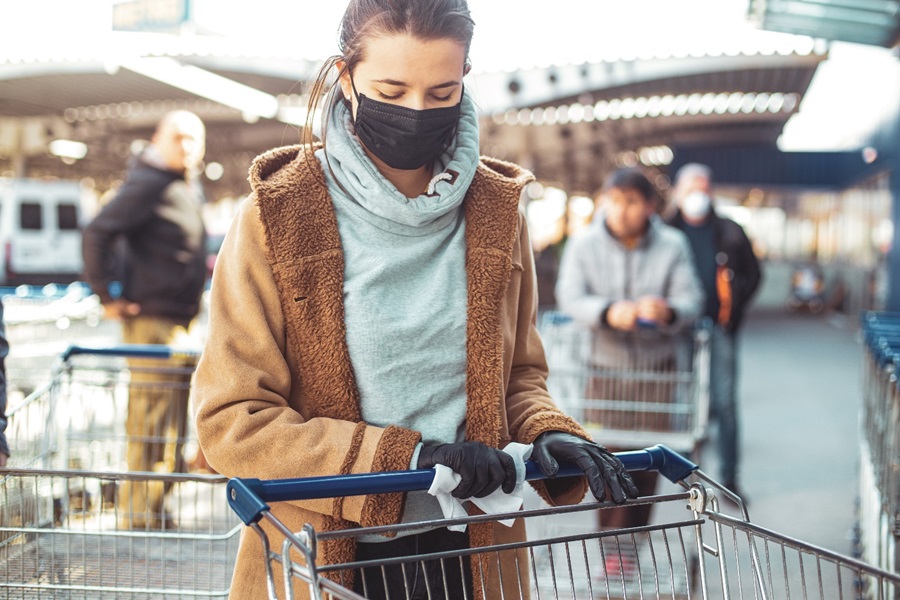 Our latest grocery market share figures show take-home grocery sales rose by 9.4% during the 12 weeks to 4 October 2020. However, in the shorter term, sales increased by 10.6% over the latest four weeks, an acceleration from September.

Shoppers are moving a greater proportion of their eating and drinking back into the home. This is likely a response to rising COVID-19 infection rates, greater restrictions on opening hours in the hospitality sector, and the end of the Government’s Eat Out to Help Out scheme. Alcohol sales alone were worth £261 million more to the grocers this month than last year, with pubs, bars and restaurants limited by the 10pm curfew.

Despite an increase in COVID-19 transmissions and tightening restrictions, there is only limited evidence of consumers stockpiling goods at a national level in the past month. The seven days from Monday 21 to Sunday 27 September were the busiest since March, with 107 million trips recorded, but that number was nowhere near the 175 million seen just prior to the first national lockdown. That said, sales of toilet roll and flour rose by 64% and 73% during the week, showing that consumers were wary of potential new restrictions. 37% of households bought toilet roll in that time, compared to the more typical 25% the week before, meaning increases were down to a greater number of buyers, rather than people packing trollies.

Online sales in the past month were up 76% on a year ago, with one in five households ordering groceries via the internet. The proportion of sales made digitally remains unchanged from last month at 12.5%, suggesting that many shoppers are choosing to stick with deliveries as the pandemic develops. Ocado has benefited from the trend, growing its 12-week ending sales by 41.9%. Ocado has increased the number of shoppers using its service in the latest period – the only retailer to do so – adding 22,000 customers. Its new partnership with Marks & Spencer is no doubt part of the appeal. Since it started to sell M&S products on 1 September, two-thirds of Ocado shoppers have ordered Percy Pigs at some point, including an introductory period when the famous sweets were included free. Ocado’s share of the market rose this period by 0.4 percentage points to 1.8%.

Waitrose is keeping pace with its own online offer. Although starting from a relatively low base, it was once again the fastest growing retailer online this month. Waitrose also increased sales through its physical stores, with overall sales increasing by 8.9%.

Lidl has been in continual double-digit growth since December, accelerating its rate in the past 12 weeks to 11.7%. Iceland, which is marking its 50th birthday in November, also had cause for celebration, as growth of 17.3% took its market share to 2.3%. Aldi recorded growth of 7.8%, and currently holds 8.0% of the market.

Changing personnel was the major story for Tesco and Asda in the latest period. New Tesco CEO Ken Murphy took over the reins at Britain’s biggest supermarket in October, with positive news to report – Tesco maintained its market share year on year for the second period in a row. It now holds a 26.9% slice of the market – backed by sales growth of 9.2%. Frozen, an early focus for the retailer’s Clubcard-only promotions, was the single fastest growing food category for Tesco. Asda, which welcomed new owners this month, saw sales grow by 5.4%, but its market share fell to 14.4%.

Morrisons also gained market share, up by 0.2 percentage points to 10.1% on the back of 11.5% growth, while Sainsbury’s increased sales by 6.8% and posted a market share of 14.9%. The convenience channel, which was vital to shoppers early in the pandemic, has seen annual growth rates fall back in line with the market. The single biggest operator, Co-op, held market share at 6.6%, with growth of 9.3%.