People in Britain are eating more meals at home and stocking up on essentials, but retailers still face challenges from coronavirus restrictions. 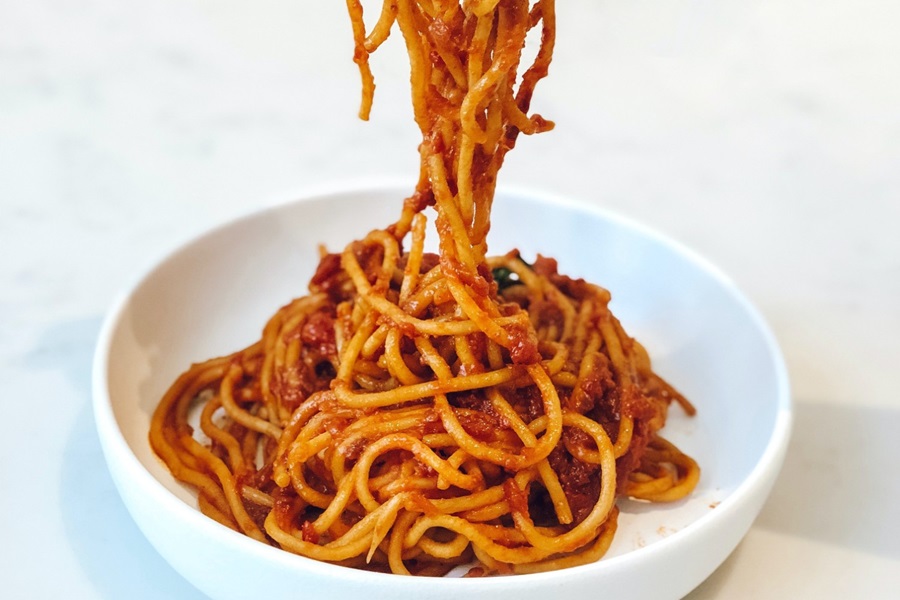 Get in touch
Consumer Shopper & RetailCPGCoronavirusUK

Take home grocery sales in Britain increased by 9.1% in the 12 weeks to 19 April as consumers settled into life under lockdown and stocked up on food and household essentials, according to the latest figures from Kantar. While grocery sales are high, however, it remains a challenging market for retailers as social distancing restrictions and low footfall will have had a knock-on effect on non-grocery categories.

Grocery retailers and their staff have been rightly praised for keeping the nation fed and watered during the coronavirus pandemic. People are spending more time at home and eating fewer meals out of the house, which has led to a strong growth in take-home grocery sales. But social distancing also means that expenditure on other categories like clothes, food bought on the go and general merchandise will have been considerably lower, so for some retailers, the overall picture will be more modest.

Year-on-year grocery market growth of 5.5% over the past four weeks is noticeably slower than the 20.6% recorded in March. Nevertheless, sales this month were still £524 million higher than they were in April 2019, a sizeable increase. The rise is primarily down to changing habits, as people adapt to a new way of living, for example the number of lunches eaten at home has nearly doubled under lockdown*. However, for the grocers the increased sales will have been partially offset by a fall in on-the-go food and drinks sales, which were worth more than £350 million in April last year**.

On average, households shopped only 14 times for groceries over the past month, a record low and down from 17 in more normal times. A drop in frequency was matched by a corresponding uplift in the amount spent on each trip to £26.02 – easily the highest figure ever recorded by Kantar and £7 greater than last year. Friday and Saturday remain the most popular days to go shopping, but only just. As social distancing measures disrupt the traditional working week, the proportion of trips made Monday to Thursday has increased, making it hard for shoppers to find quieter times to avoid others.

Shopper satisfaction*** with supermarket trips is beginning to grow and is now back at February levels, having fallen by 38% as the nation entered lockdown because of frustrations caused by busy stores and empty shelves. Most notably, public appreciation of staff working on shop floors and tills reached record levels this month, and is 13% higher than before the crisis started.

People heeding Government advice to stay home saw demand for online grocery shopping soar. Retailers’ efforts to increase their online capacity are clearly working, with shopper numbers up by a quarter. Online sales now account for 10.2% of overall grocery, versus 7.4% last month, with the greatest increase among older shoppers. Although not traditionally big users of e-commerce, over-65s spent 94% more on deliveries than they did a year ago.

Large format supermarkets continue to supply the majority of Britain’s food and drink, but convenience stores, whether independently owned or run by the major grocers, are thriving as people shop closer to home. Convenience stores increased sales by 39% in the latest four weeks, now accounting for 16.3% of the market compared to 12.4% a year ago. It should be noted, however, that this rise may be offset by the downturn in on-the-go consumption, which will have had a disproportionate effect on convenience shops.”

Retailers were unable to rely on typical Easter and spring staples this year, instead adapting to changing shopper habits. A look at different category data gives an insight into life under lockdown. Traditional Easter treats like Easter eggs and hot cross buns took a hit, as people couldn't celebrate the holiday with family and friends. Despite the sunny weather, sales of sun cream also fell with people unable to sunbathe in the park or plan a long weekend away. However, shoppers are finding new ways to enjoy themselves while staying home. Baking products continue to see strong growth, with sales of suet up by 115% and sugar by 46%. Over 40% of consumers say they are doing more home baking now****. Meanwhile alcohol sales also rose, as the nation replaced pub trips with virtual socialising.

In the 12 weeks to 19 April, all ten major supermarkets increased take home sales as shoppers firstly stocked up in preparation for lockdown, then fell into their new routines. These increases will have been partly offset by the reduction in other sales, such as lunchtime and on-the-go snacking.

Co-op’s market share rose to 6.7%, up from 6.1% last year as sales grew by 20.0%. Independent and symbol retailers, such as Spar and Londis, also benefited from changing shopping patterns, with growth of 40.5%. Meanwhile online specialist Ocado grew by 19.4%.

*Kantar’s food and drink consumption panel records in home eating habits via the collection of 40,000 weekly diaries over the course of a year. These findings are from a weekly delivery of the data designed to give a rapid view of changing consumer habits.

** Kantar’s ‘Out of home’ panel records food and non-alcoholic drink purchasing that is not taken back into the home, wherever it is bought and consumed. Data is collected from a panel of 7,500 consumers who record purchasing via a mobile app. The statistic referenced here is purchasing at Grocers only.

These findings are based on Worldpanel FMCG data for the period to 19 April 2020. Kantar monitors the take home grocery purchasing habits of 30,000 demographically representative households across Great Britain. Kantar grocery market share data includes all expenditure through store tills, excluding petrol and in-store concessions. All data discussed in the above announcement is based on the value of items being bought by these consumers.

Grocery inflation now stands at 1.9%† for the 12-week period ending 19 April 2020. Prices have been rising since the 12 weeks to 1 January 2017, following a period of grocery price deflation which ran for 30 consecutive periods from September 2014 to December 2016. Prices are rising fastest in markets such as sausages, bacon and lamb while falling in poultry, eggs and chocolate confectionery.