Spaniards return to eating out, and advertising restarts

Spaniards are returning to bars and restaurants, and spending the same amount per visit as the year before – €8.60 on average. 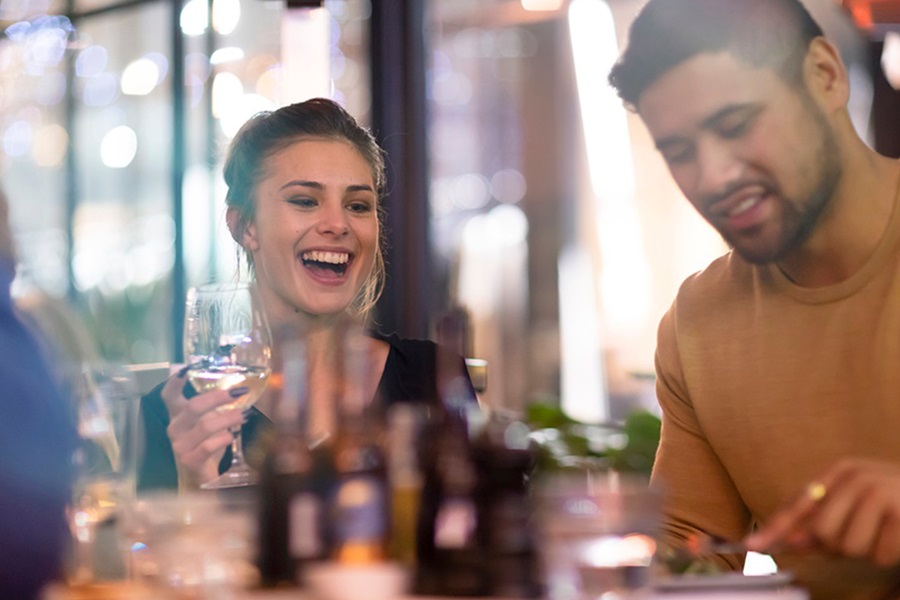 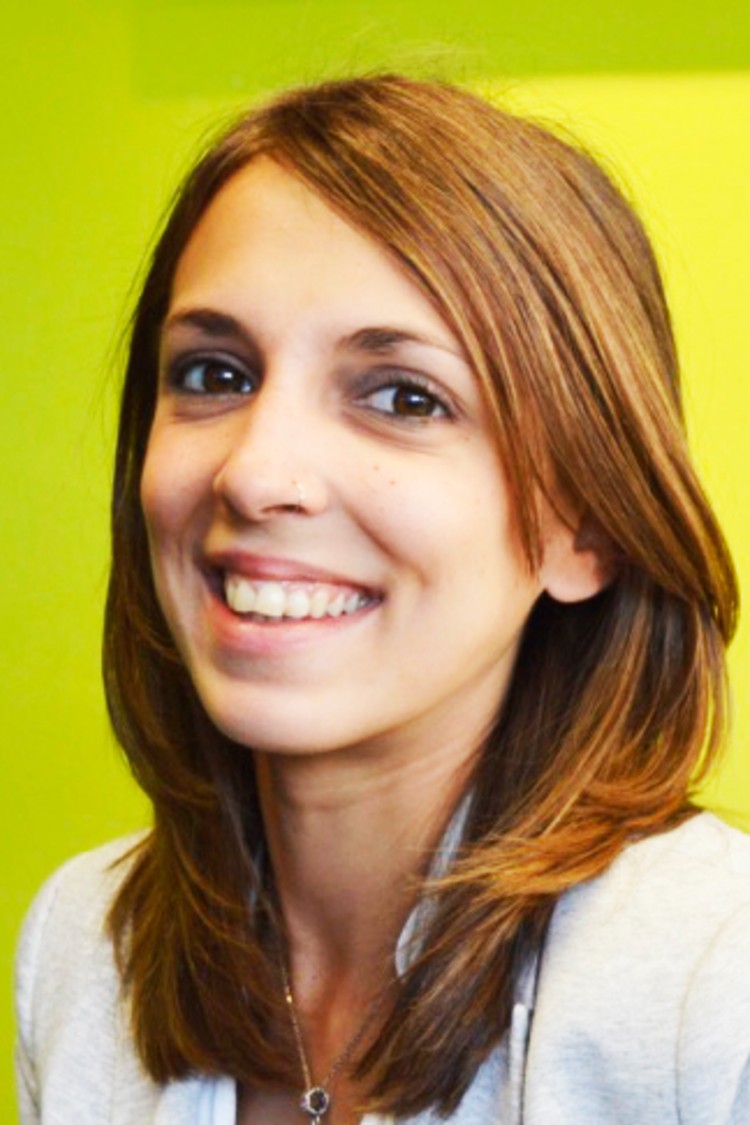 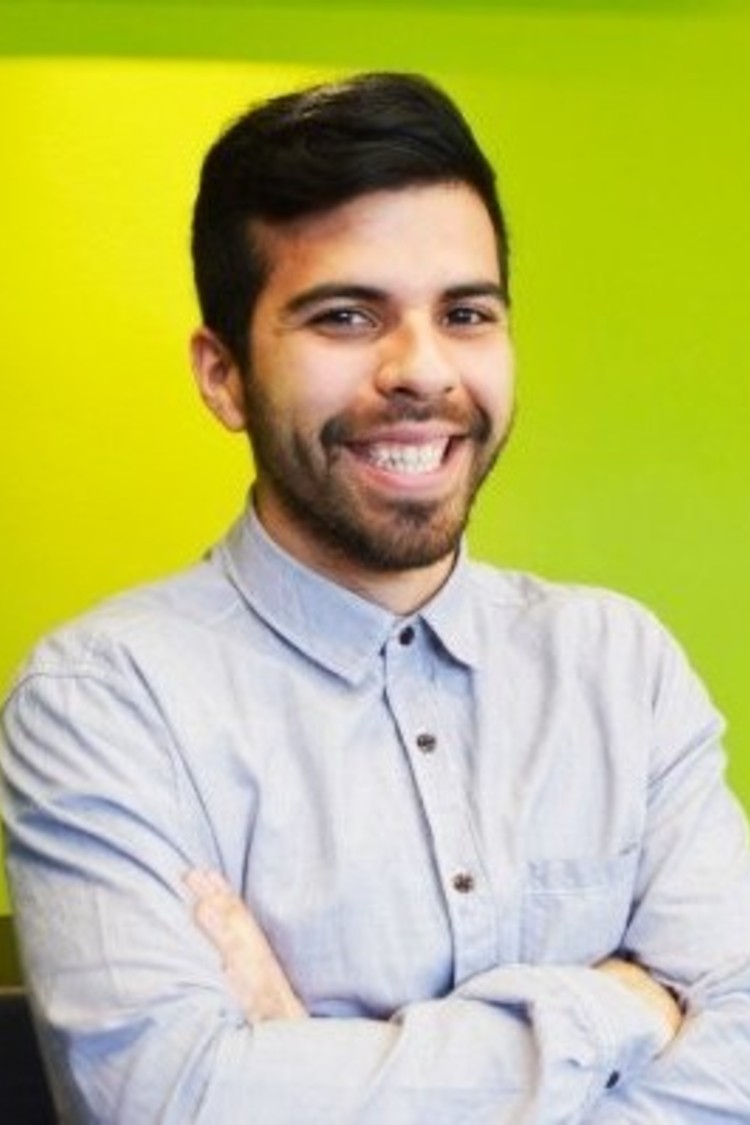 The Spanish food and beverage sector is starting to show the first signs of recovery since the restrictions on the hospitality sector were lifted. The sector’s turnover increased in March and April by 40.5% and 66.2% respectively, compared to the average for January and February 2021. May was up by 74.2% compared to the first two months of the year.

All across the country, Spaniards are returning to bars and restaurants. Although penetration and visits have yet to reach the levels recorded in 2019, people are now spending the same amount per visit as during that year – on average, €8.60. 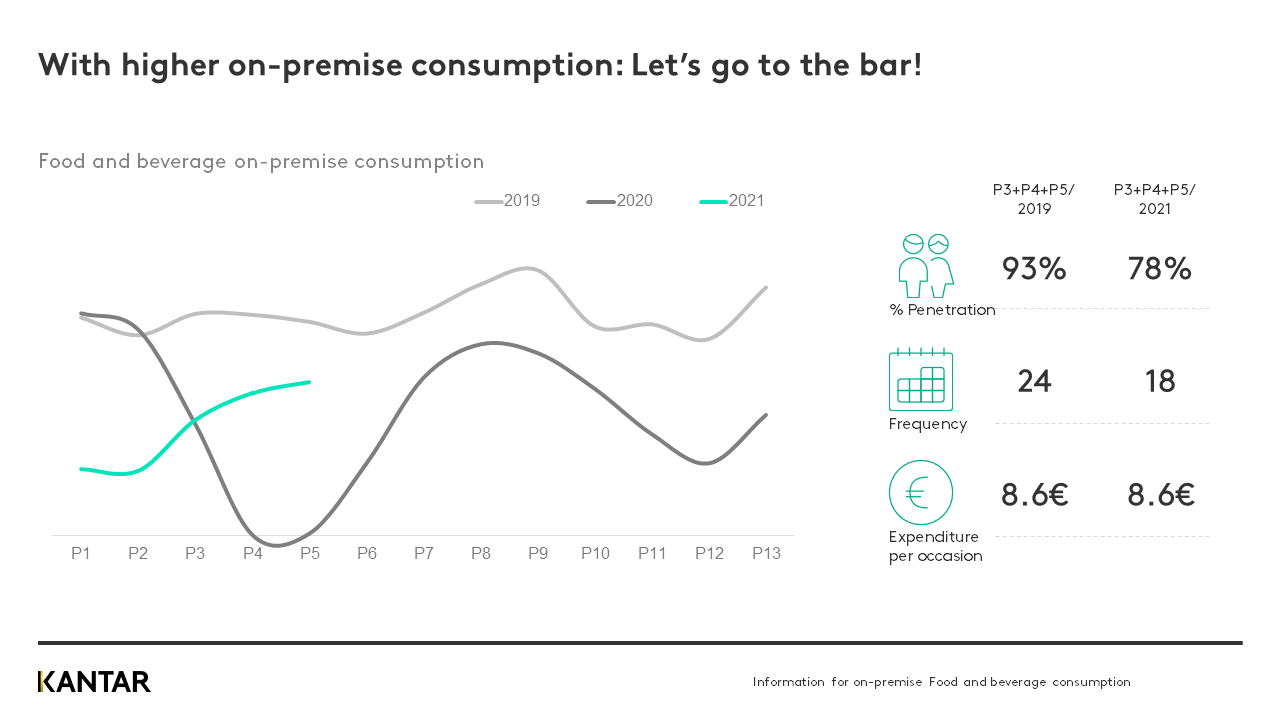 While outdoor and TV were the most important advertising media before the pandemic for out-of-home consumption, digital media is increasingly important (+8 points for Q1 2021 versus 2019).

Nevertheless, despite a slow start to the year, television advertising performed well in May and was dominated by the food and beverage category. The GRPs (gross rating points*) for TV advertising soared by 112% compared to 2020, with beer contributing 51.2% to this increase. The GRPs in May 2020 were up 9% on the same month the year before. The beer sector is one of the categories that has benefitted most from the trend towards bars, which has slowed its rate of decline and increased penetration and GRPs.

However, we believe outdoor advertising must maintain its role as a key advertising source in Spain due to the levels of awareness that it generates: 40% of Spaniards claim they look at posters and billboards, while 32.3% recall seeing internet advertisements. 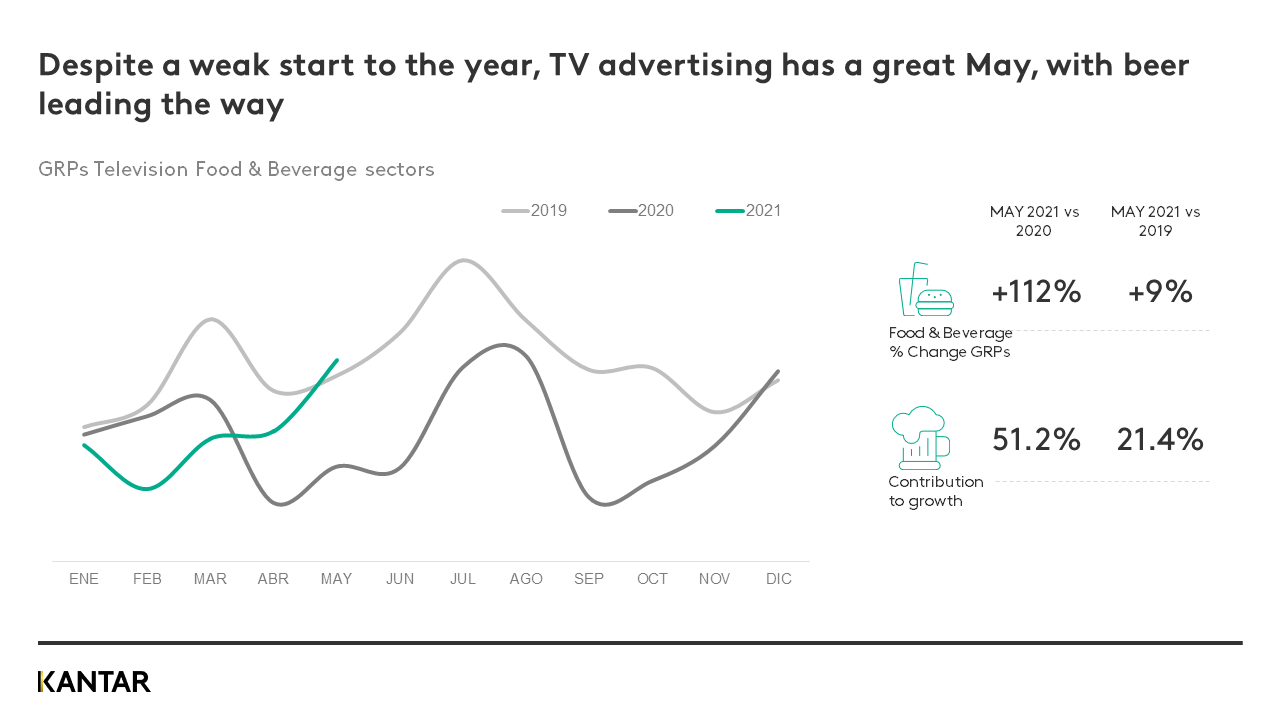 Advertising must be the focal point of the sector’s recovery by applying efficient planning and encouraging out-of-home purchasing. This is a key lever to brand maintenance and growth.

An analysis of 10 brands that reduced their TV advertising investment over three years showed that it led – on average – to a 50% drop in sales and a five-point drop in penetration. On the flip side, efficient planning, based on a potential versus a demographic target shopper, led to a 19% increase in the attraction of shoppers.

Advertising is key to driving consumption

As in the previous two months, mornings are the occasions that recovered the best in May. With the end of restrictions dinner is on the rise and gradually catching up with the number of lunches, which remain focused on pleasure and celebration – both during the week and weekends.

The advertising message is a key driver of consumption moments. After two years of advertising focusing around dinner times, we are seeing the focus shifting to breakfast, which is one of the out-of-home consumption occasions that has grown the most in recent months.

* GRPs: The total number of impacts generated by one or more ad insertions per 100 people in the target audience.

Get in touch
Related solutions
Consumption Occasions
Understand where opportunities lie, and which occasions should drive your growth in FMCG.
Learn more
Optimising ROI in Sales & Penetration
Boost returns on your media investment through the lens of actual consumer behaviour, and with a single-source approach.
Learn more