UK grocery sales reach a record £31.6 billion over the most recent 12 weeks. 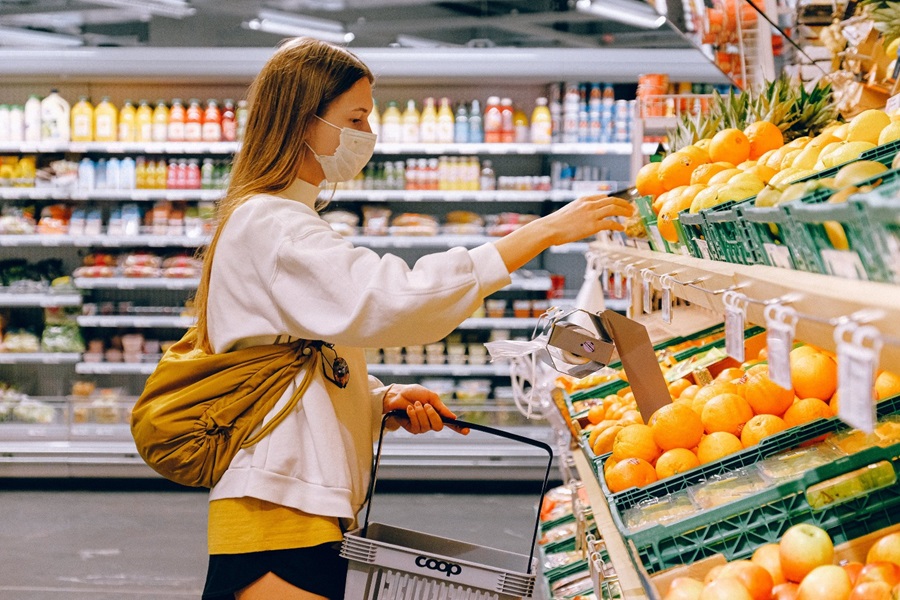 The latest grocery market share figures from Kantar show take-home grocery sales rose by 16.9% during the 12 weeks to 12 July 2020, the fastest growth rate since 1994. Total sales reached a record £31.6 billion, reflecting three months of increased grocery purchasing during lockdown while most other retailers, bars and restaurants were either closed or experiencing significant reductions in trade.

Looking at the most recent four weeks, however, the picture is more nuanced, with signs that shoppers are embracing new freedoms and cautiously returning to their pre-lockdown behaviours.

As lockdown restrictions are gradually eased and non-essential retail outlets re-open, some consumers are slowly resuming their pre-COVID-19 routines and shopping habits. This meant year-on-year supermarket sales growth decelerated in the most recent four weeks to 14.6%, down from 18.9% in June. However, we are clearly a long way off a complete return to normality. Footfall was still 15% lower during the past four weeks and the average spend on a supermarket trip was £25.05, 35% more than the same period last year, as most people continue to eat more meals and snacks at home.

Despite pubs, bars and restaurants re-opening recently, more than half of consumers say they are still uncomfortable with visiting a pub and 42% with visiting a café or restaurant*. As a result, take-home alcohol sales were still up by 41% this month as people were unable or avoided drinking out. The cost of working from home is also starting to add up for many. Shoppers spent an additional £24 million on tea and coffee during the past four weeks and £19 million on biscuits. In comparison, sales of some products that were in huge demand as the nation entered lockdown in March, are now only marginally higher than last year – with healthcare up by 2% and household products by 3%.

There are signs that shoppers might be growing more confident and travelling further afield for their weekly shop. Convenience stores were a lifeline for many people in the early days of the crisis, providing essential supplies close to home. Sales from these types of stores are still up by more than a quarter year on year, but they attracted 2.6 million fewer shoppers through their doors than at the peak of lockdown in April. Consumers are clearly growing more comfortable getting in their cars or taking public transport, as the average distance travelled to a grocer has gone up to 4.9km, a 10% increase from the April low**.

Co-op, the largest player in the convenience sector, achieved a market share of 7.2% during the past 12 weeks, as its sales increased by 30.6% year on year. Independent convenience stores, including those operating under names such as Spar, Nisa and Premier, grew sales by 59.5%.

The growth in online grocery sales continues and increased to 92% this month, marginally higher than the previous four weeks.

Although restrictions have eased, more than one in five households still made an online order during the latest four weeks. The channel now accounts for 13% of all grocery sales in Great Britain, which is up from 7.4% in March and reflects a significant increase in capacity by the grocers. Ocado sales rose by 45.5% during the past 12 weeks, benefiting from its loyal customer base increasing their shopping frequency by a third compared with last year. Ocado’s market share rose by 0.3 percentage points to 1.4%.

The challenging economic climate hasn’t yet had a meaningful impact on the items shoppers are picking up in store. Even with the uncertainty that many consumers are facing, branded goods, which are typically more expensive, are outperforming cheaper, own label alternatives and grew sales 20% this period. In fact, it is the number one brands in each category that are typically winning share from rivals.  Of the retailers’ own ranges, it’s the more premium lines, such as Tesco Finest or Sainsbury’s Taste the Difference, that are growing fastest. It seems shoppers are looking for small ways to treat themselves at home.

Promotional activity at the grocers picked up in the latest four weeks, with 29% of sales including some type of discount. Retailers scaled back promotions at the start of lockdown as they prioritised serving as many customers as possible and keeping shelves full. Now, they are starting to put the emphasis back on deals and collectively helped the average household save £45 on groceries this month. Promotional levels are still behind the pre-crisis level of 31% but, particularly given that the 2008 recession led to shoppers seeking out more discounts, we expect the grocers to bring in more enticing offers to attract cash-strapped shoppers in the months ahead.

*Based on Worldpanel Plus survey of 55,812 consumers Thursday 2 – Wednesday 8 July

**Derived from Worldpanel Plus sample of more than 100,000 trips per week with store location based on postcode