The force is back in the German SVoD market 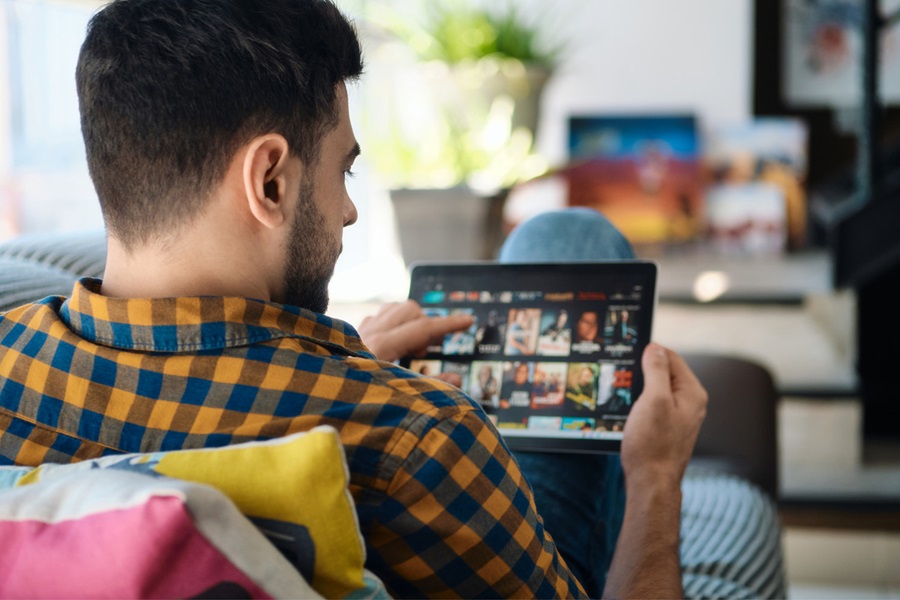 Entertainment on Demand study in Germany uncovers the following behaviours within the Subscription Video on Demand (SVoD) market over the three months to June 2022: 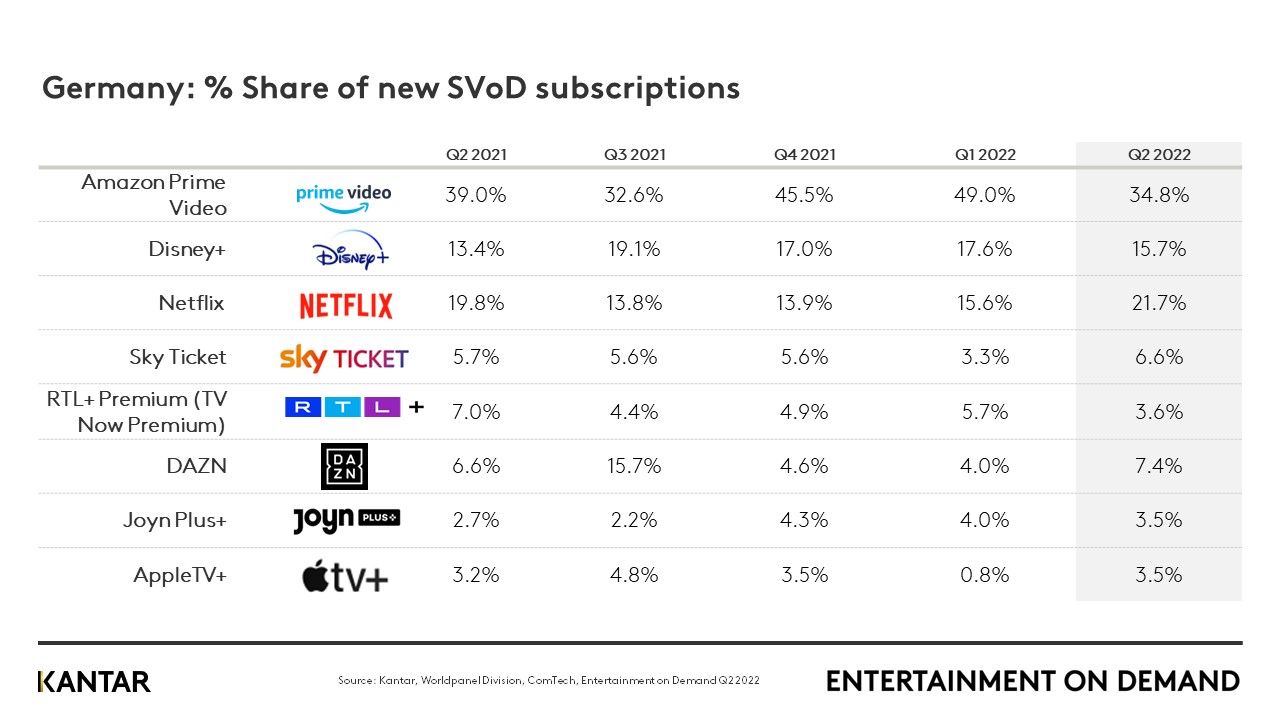 After a period of sustained low growth, the German SVoD market picked up pace in the second quarter of the year.

Disney+ attracted growth in the quarter from its Star Wars franchise, with 45% of new Disney+ joiners citing ‘wanting to watch a specific TV series/film’ as their key motivator. Of these content-driven subscribers, Star Wars content, including the release of Obi-Wan Kenobi, accounted for 49% of new subscribers.

Disney+ also saw an increase in engagement in its subscriber base, with the proportion of high engagement users climbing to an all-time high of 17.1%, up from 14.6% a year ago.

This increase in engagement also helped Disney+ to overtake Amazon Prime Video in overall subscriber advocacy, rounding off an excellent quarter for the service.

Amazon Prime closes in on half of German households

Netflix dominated the top three most enjoyed SVoD titles over the quarter, with Stranger Things taking top spot and helping Netflix to 2nd place in share of new SVoD adds in the quarter.

As Germans continue to return to the office post-COVID restrictions, a steady increase in the numbers of those consuming SVoD content on their commute can be observed. In Q2’21 just 4.3% of Germans used their SVoD subscriptions whilst commuting, but this has since steadily increased to 5.8% in the latest quarter. However, usage across services while out of the home is not equal. In fact, just 4.7% of Netflix subscribers use the service whilst commuting, compared to 13.2% of AppleTV+ subscribers and 6.1% of WOW (Sky Ticket) subscribers. As competition in the sector increases and consumers are looking for ever greater value from their spend as inflation rises, out-of-home opportunities for viewing are an important route for growth.