How Sky Glass and Amazon are driving the future of TV

Sky sees online streaming services such as Netflix and Amazon as partners rather than competitors. 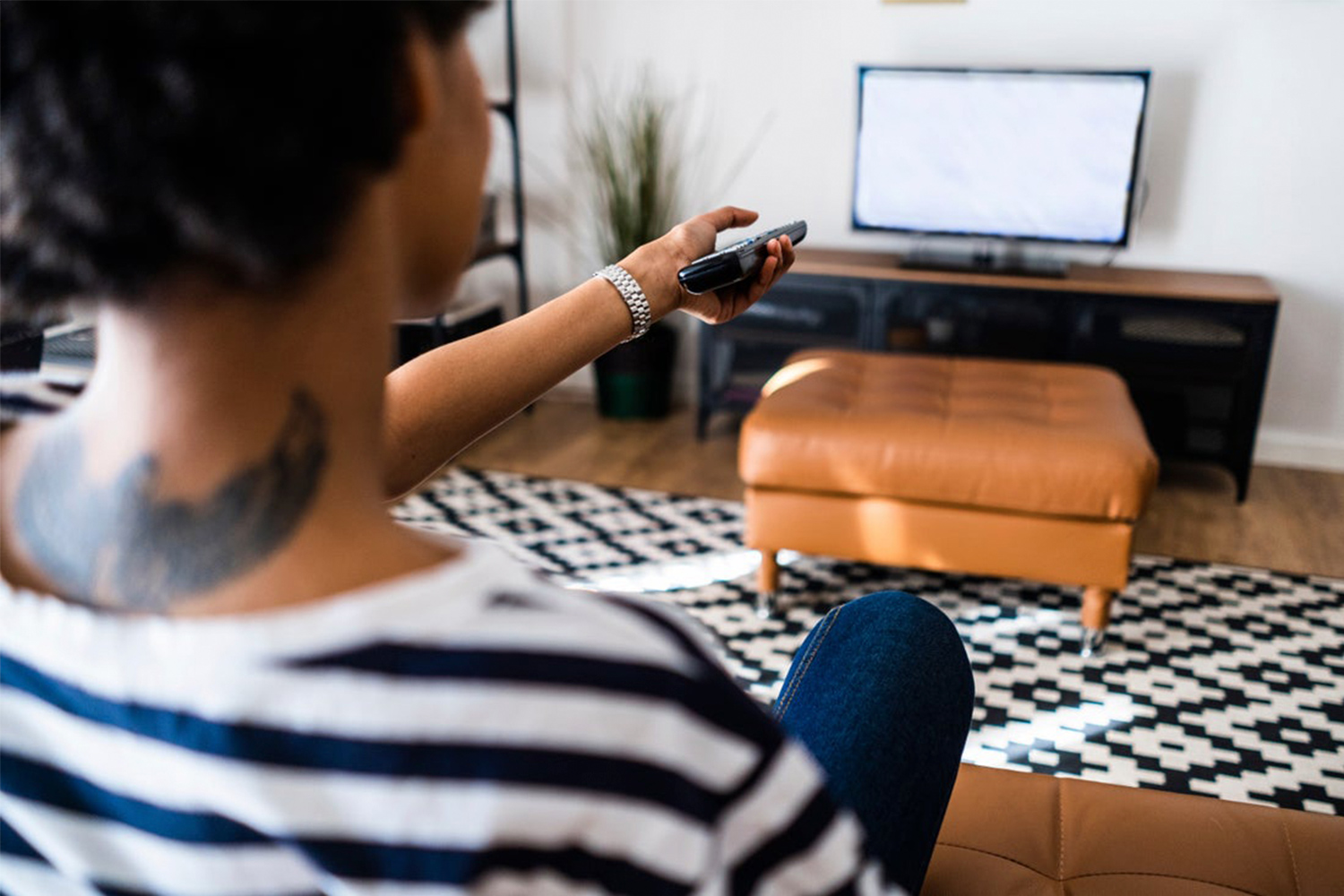 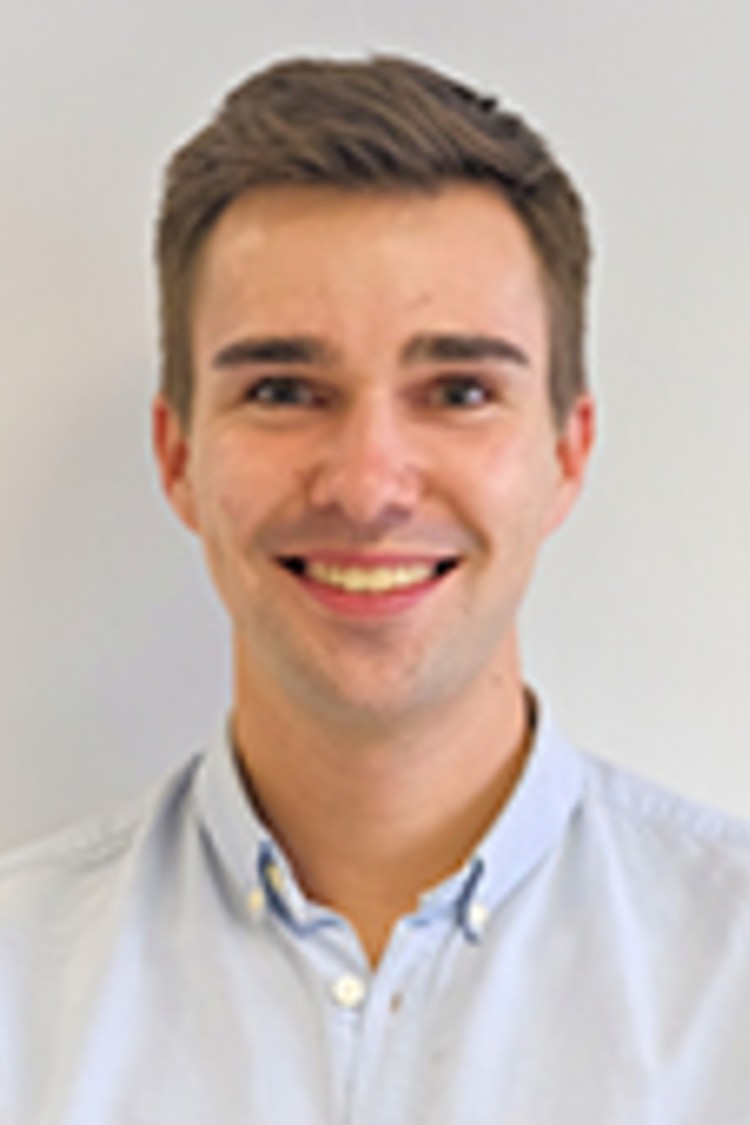 The past two years have been tumultuous, for every struggling industry another has soared – the media and entertainment industries fall firmly into the latter. Stuck at home and unable to leave, consumers turned to series, films, video games and the occasional online Zumba class for escapism. Across this broad range of entertainment one constant remained…the television.

Over the years, the role that the TV plays in consumers’ households has evolved. What was once a wooden box offering visual broadcasting across a handful of channels has transformed into a slender glass computer, capable of streaming copious online content at the click of a button. Across Europe's five largest markets (France, Germany, Great Britain, Italy and Spain), 64% of households own a smart TV (a TV capable of connecting to the internet). This is the preferred medium for content – 88% of video streamers used their TV to stream content across the US, Germany and UK in December 2021. 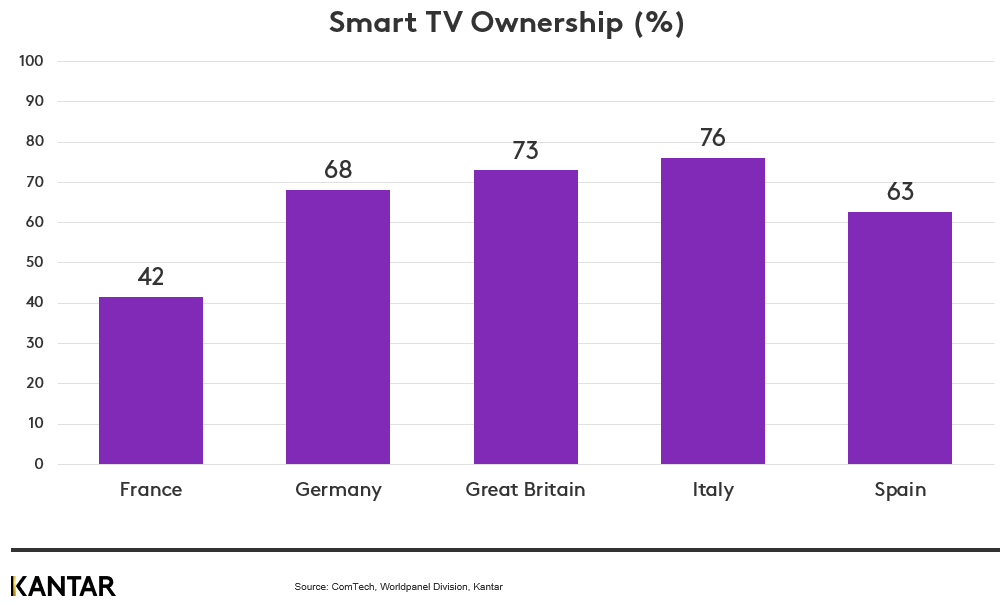 What’s smarter than a smart TV?

In October 2021, Sky Group, Europe’s leading media and entertainment company, launched a new era of smart TVs in the UK: Sky Glass. Advertised as the world’s first streaming TV, the device removes the need for a satellite dish or set-top box, so consumers can now stream live TV content entirely over the internet.

Sky is following a wider trend in the technology market of marrying hardware and software, allowing for greater control of the end user experience. Consumers’ overall viewing experience is influenced by the device used for consumption, owning both the TV and content will allow Sky to drive greater levels of consumer satisfaction. Owning the TV hardware presents Sky with another advantage: driving additional revenue. One example is ‘ad skipping,’ a feature that allows users to remove all advertisements from the episodes that are streamed from Sky servers. Consumers will be charged £5 a month for this feature after the first year.

Consumers can pay for Sky Glass in monthly, interest free instalments (£13 a month for the ‘small’ 43” TV over 4 years). This lands them in the ultra-competitive £600-£800 spend band – a space Samsung, Panasonic and Sony perform well. 13% of all TV purchases fell into this bracket 12 months to February 2022 across the Europe 5. Once the TV has been paid off, consumers can upgrade to a new model or keep their existing device. Tech companies are increasingly turning to hardware subscription models to drive value, Apple is rumoured to be launching a hardware subscription service for its iPhones in 2022. Splitting the cost into manageable monthly amounts is a powerful mechanism as the cost of living continues to rise.

In addition to the TV, consumers will be required to pay £26 a month for Sky Ultimate and interestingly, Netflix. Sky TV marketing director Sunny Bhurji recently said that Sky now sees online streaming services such as Netflix and Amazon as partners rather than competitors – the addition of Netflix certainly reflects his outlook.

It is also a shrewd move by Netflix, which has recently struggled for growth in Great Britain. Netflix’s share of new Subscription Video on Demand (SVoD) subscribers in the fourth quarter of 2021 was closer to that of AppleTV+, NOW or BritBox than to Disney+ or Prime Video. Future category growth for the SVoD market largely lies in encouraging older consumers to take out a subscription, a notoriously hesitant demographic for SVoD adoption. Sky Glass customers are typically older, 41% are aged 55+ across Europe 5, an over index of 118 vs the average TV owner. If Netflix can encourage these older Sky Glass consumers to engage with its content, it will help drive subscriber growth.

Sky Glass also boasts compelling hardware specs including 4K, Dolby Atmos and voice control. Whilst not cutting edge, they’re ‘future-proofed’ enough to provide more than enough assurance to consumers who are considering a new TV. Sky is heavily leveraging Dolby Atmos in its marketing, a shrewd move as sound quality is the greatest driver of annoyance for TV owners across Europe 5. Alleviating concern surrounding this will help win disgruntled customers from competitors.

Competition is set to intensify

Sky Glass is still in its infancy (an Australia launch is planned later this year) but has opened the door to a new age of TV consumption and interaction. Amazon has entered the fray, launching its own TV (Omni Series) in the US with a UK release imminent. Unlike Sky Glass, Omni Series owners don’t require a subscription to use the device although a Prime membership unlocks the ‘full potential.’

Equally, established hardware players are entering the content space. Samsung, the top owned TV brand across Europe 5, has launched its own streaming service hub called Samsung TV Plus. Apple successfully entered the content market in 2019 with TV+, less than three years on it became the first streaming service to win an Oscar for Best Picture at the 2022 Academy Awards. As the category grows, expect to see an increasing number of players compete, looking to own the content and hardware that hosts it. In the near future, our monthly Netflix subscriptions may include a TV as an optional extra.

Alfred Hitchcock once declared “Television is like the invention of indoor plumbing. It didn't change people's habits. It just kept them inside the house.” The global pandemic flipped this statement on its head. Forced to remain inside our homes, the way we interacted with our TVs fundamentally changed, paving the way for ‘streaming TVs.’ Kantar will continue its monthly tracking to monitor the success of this category, reach out to our experts for more details.